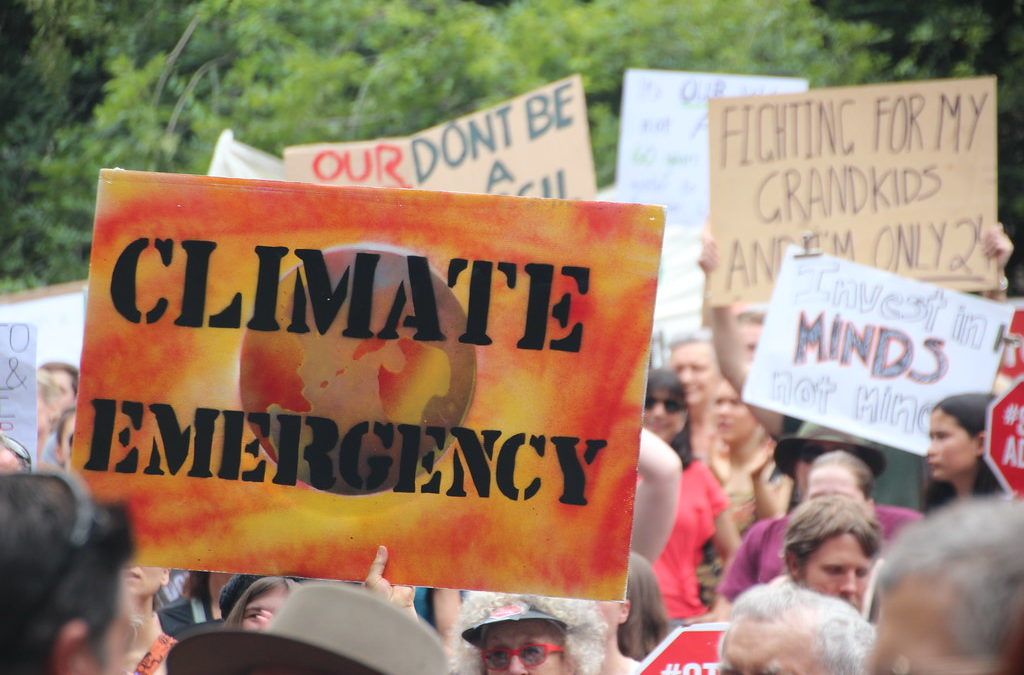 Recently, climate change has been renamed as “climate EMERGENCY” or “climate CRISIS” by scientists, the media, and even by Pope Francis. It’s known that multinational corporates preferred the term “climate CHANGE” to “global warming” as climate change sounds neutral and less “threatening.” Then, why is it named with the expressions such as emergency or crisis?

It happened after the publication of the Special Report on “Global Warming of 1.5℃” by the Intergovernmental Panel on Climate Change (IPCC) last October. IPCC, which is an intergovernmental body of the UN, is considered quite conservative in their assessment reports and, paradoxically, because of this reputation, their reports are widely accepted and quoted in the world. The 1.5℃ Special Report confirms four “scientific” facts on global warming.

Firstly, our planet has become warmer than the pre-industrial era by 1℃. Secondly, it’s due to human intervention (emission of greenhouse gases, etc.). Thirdly, once the global temperature goes up higher than 1.5℃, it’ll become almost impossible to control its course and its catastrophic impacts on humanity and the ecosystem. And lastly, to achieve the 1.5℃ trajectory, the world needs to make hard decisions and realize radical system changes in economy, politics, and lifestyle within a decade.

We have to keep in mind that IPCC maintains a conservative viewpoint, and even then, those experts declared “climate emergency,” and their voice sounds like the great prophets of the Bible. Then, the following question would be what’s the response from policymakers and economic leaders and have they made any significant decisions for the present and next generations. The answer is NO, not at all. Emissions are rising at their fastest level in close to a decade, leaving an ever-shorter period to prevent dangerous levels of global heating. And the most polluting countries and corporates are not willing to pay the bill for the environmental destruction, which is the cost for their huge profit.

Charlie Chaplin once said, “Life is a tragedy when seen in close-up, but a comedy in long-shot.” The current situation seems tragically funny, or it’s so sad that it looks like a gigantic puppet comedy show with a tragic finale.

And that’s why António Guterres, UN Secretary-General, has called for the UN 2019 Climate Summit on September 21 – 23 in New York with the theme, ‘A Race We Can Win. A Race We Must Win.’ The Church also resonates to this call. The Pope, too, declared a global “climate emergency.” He said that a failure to act urgently to reduce greenhouse gases would be “a brutal act of injustice toward the poor and future generations.”

The International Council for JPIC 2019 in Jerusalem has also chosen climate crisis as one of the central themes for the advocacy work in all the Entities. The JPIC General Office and the JPIC commission of Provincia de SantísimaTrinidad of Chile are working together on the program of the Franciscan participation in the 25th session of the Conference of the Parties (COP25) is to take place on December 2 – 13 in Santiago. There will be a series of formation on scientific facts about global warming, historical facts about trade against climate, the history of climate negotiation, the vision of Laudato Si’ and creating resistance in solidarity with the victims of global warming, the young generations and the planet. Prayer vigil for climate justice, a celebration of Laudato Si’, Franciscan climate conference, and public action in the climate march with the civil society are the items in preparation. The JPIC Rome office hopes this occasion could give the momentum to the Franciscans in the world to take the initiative for immediate climate action.