On the Occasion of the Jubilee of Franciscans International 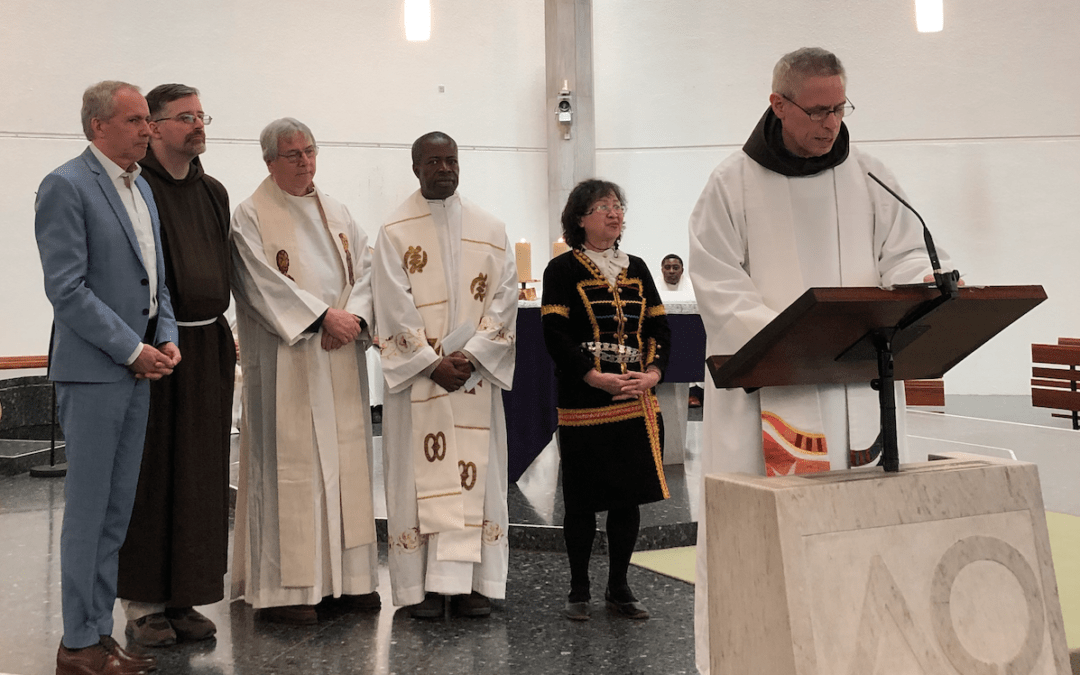 Thirty years ago, Franciscans International had been recognized by the United Nations as an accredited NGO and received the General consultative status with the Economic and Social Council (ECOSOC) in 1995, which has been granted only to 134 among more than 5,000 NGOs recognized by UN. In 1997, together with the Dominicans for Justice and Peace, a second office was opened in Geneva to work on human rights.

In Geneva, the first celebration of its 30thanniversary began on the 15thand the 16thof March 2019. On March 15 evening, a reception was held next to the office. The staff of FI, members of the various branches of the Franciscan Family, members of other NGOs, and ten representatives of diplomatic missions have participated. As the CFF Representative, Br. Michael Perry, OFM, Minister General, pointed out that the Charter of the United Nations grounds on the impulses of our founder, St. Francis. Br. Joseph Rozansky, OFM, President of the Board and Br. Markus Heinze, OFM, Executive Director, explained the responsibilities of their two offices in Geneva and New York, all working on human rights as well as peace and ecology.

On March 16, the celebration mass took place in the “Nicholas of Flue” church near the Geneva office, presided by the representative of the Vatican at the UN, Archbishop Ivan Jurkovič. He stated: “Your commitment is also our commitment.” Br. Michael A. Perry, OFM said in his homily that Franciscans International is as committed to the 1948 UN Declaration of Human Rights as it is to the gospel, and that, in the spirit of the Sermon on the Mount, FI works for that enemies become friends. The reflections of Br. Markus Heinze, OFM on the FI’s commitment to human rights based on the prayer in the spirit of Francis of Assisi has concluded the holy mass.

On July 16, another celebration of the Jubilee will be in Rome, and later on this year the last one in the New York office of FI.