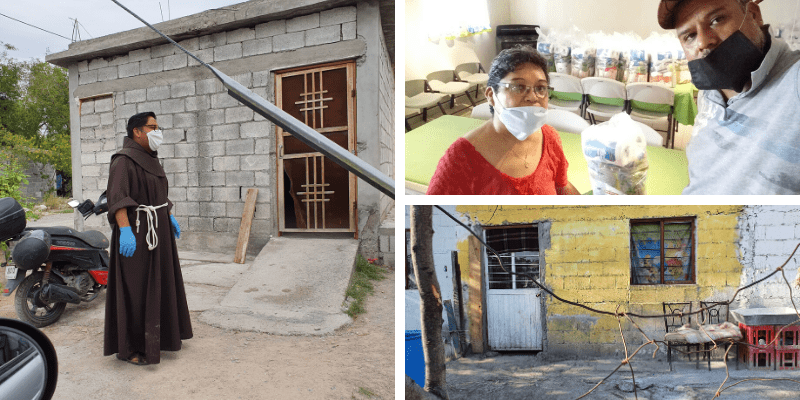 These are opportune times to approach the Face of Christ in the needy, the unprotected, those who have no material security and live in an almost haphazard manner. This experience should make our BEING JPIC sensitive. Although it is healthy and prudent to take shelter in our homes, we should remember that our dedication to God is in spite of any reality and condition, we are called to live the Holy Gospel of our Lord Jesus Christ, the same Gospel that can also be read in the Gospel of Creation.

Prayer and Action: one of the main characteristics of Franciscan thought. Our prayer and action must be on the margins, sharing the realities of our peoples during this pandemic that has directly affected the economy and health. Let us think of the elderly man who lacks food, the father of a family who has been sent home without a decent salary, those who are sick because of COVID-19 and those suffering directly from this pandemic: let us listen to the cry of the poor.

Contemplating the Gospel of Creation and listening to the reality of our peoples, we cannot remain insensitive and indifferent in the face of a reality that overwhelms us and highlights the fragility of our globalizing systems.

I share with you my experience of service, in our specific situation. I am part of a fraternity situated in the northeast of Mexico, the city of Monclova, Coahuila, a population of at least 231,107 inhabitants according to the population census of 2015. Unfortunately, COVID-19 was quickly unleashed on the community due to an oversight in the city’s main clinic. It began not with the inhabitants but with the medical staff of the clinic, giving rise to a rapid and alarming infection. To date, there are 239 cases and 24 deaths in the population, figures that are considered high for the number of people we have.

Due to this reality, many companies have stopped working, and have sent their workers home with a reduced salary that is difficult to survive with, and the city’s economy is in crisis.

In response to this economic and health crisis, we have implemented two initiatives: The delivery of food packages and the production of masks:

This apostolate has borne fruits of sensitivity in the communities, closeness to the most vulnerable. We try to listen to the cry of the poor.  There have been countless hands that have joined this project of fraternity, uniting mind, heart and strength in favour of our brothers and sisters suffering the loneliness of their financial situation.

Let us begin, brothers, to serve the Lord because until now we have done little or nothing.

May God be your reward. 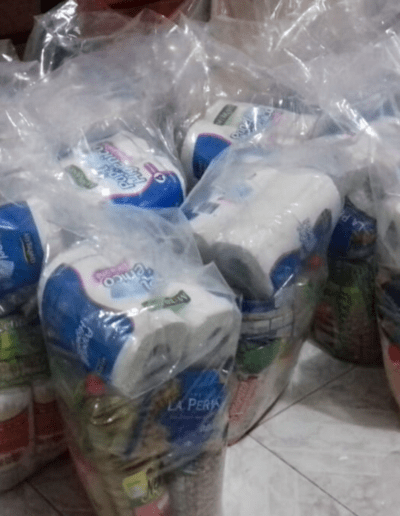 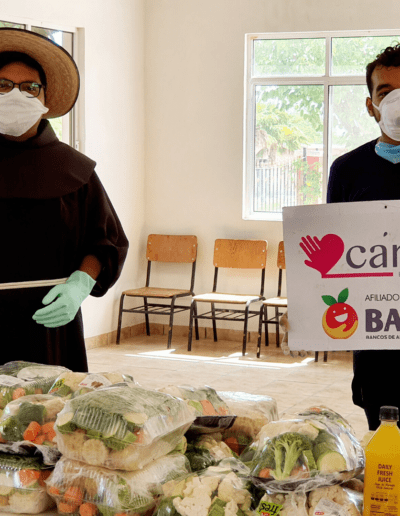 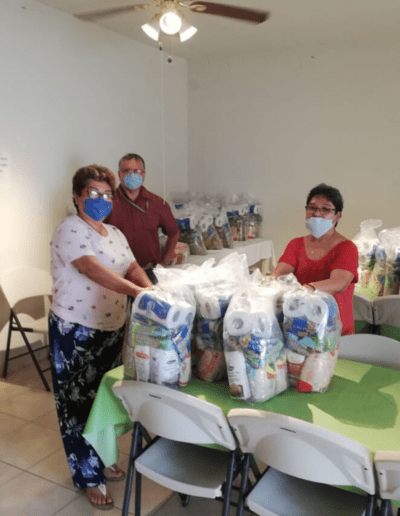