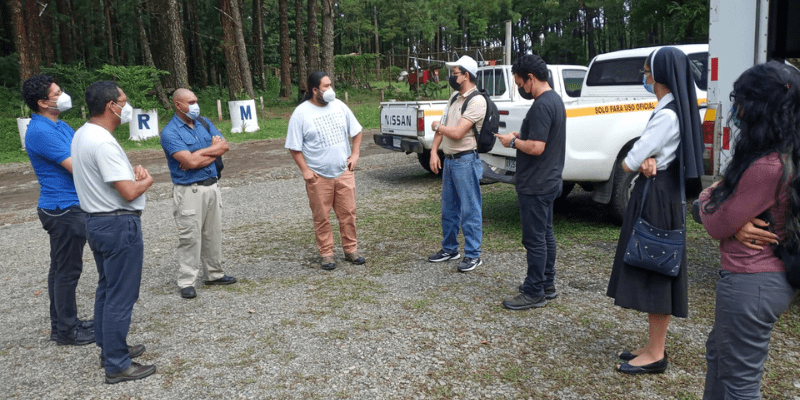 A new team at the service of migrants in Panama: the group of volunteers joining the Franciscan Network for Migrants was born last April and has just received its first visit from the Order’s General Office for Justice Peace and Integrity of Creation. Br Jaime Campos, outgoing general animator of JPIC, and Br Daniel Nicolas R. Blanco, the new animator in charge, returned to Italy last week after visiting various fraternities and volunteers in the countries of Central America where the Franciscan Network for Migrants operates.

The new team is based in Panama City, with a shelter for migrants. They also work in Chiriqui, on the western border with Costa Rica, and near the Darién forest in the south. Their work focuses first of all on identifying the needs of people who find themselves forced to move from their country due to hunger and lack of work or opportunities. Many of them arrive in Panama after crossing the Darién tropical forest on foot, so dense, tangled and full of swamps that it forces the Pan-American highway to come to a halt, only to resume in Colombia. Venturing into that stretch of forest has cost the lives of countless migrants amidst the dangers of nature, hunger and the drama of falling victim to groups of drug traffickers and paramilitaries. Those who manage to stay alive are then taken in by the state of Panama, which also transports them by bus at night to the border with Costa Rica in the north. Most of them do not intend to stay in Panama, only to arrive on the other side of the border.

Near the Darién forest, there is now a state centre for migrants in transit, which Br Jaime and Br Daniel wanted to visit. “As observers, we want to see to it that the rules are respected, and the rights of the migrants are guaranteed,” explain the friars. The centre is not equipped to receive all these people, who can be as many as a thousand a day”. The two Franciscans also visited another reception centre, which in one day alone received more than 500 people from Colombia, Venezuela, Brazil and Cuba. Many Cubans go to the United States by taking the reverse route to the usual one: they go to the South and go up by land to increase the chances of success and avoid being rejected and repatriated. Today in Panama, three Franciscan parishes and other Franciscan schools are also involved in JPIC activities. 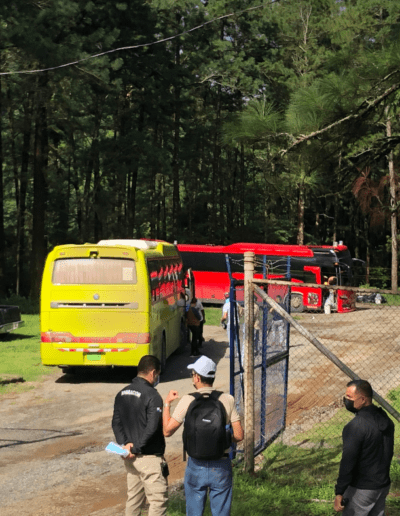 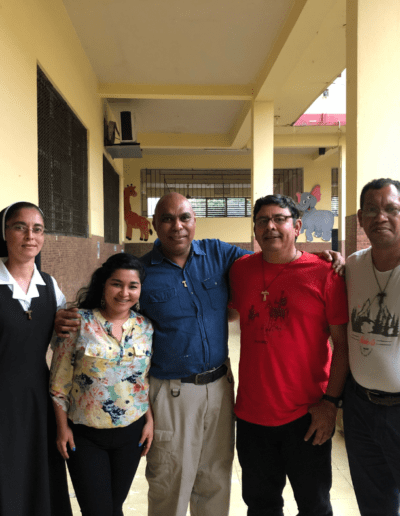 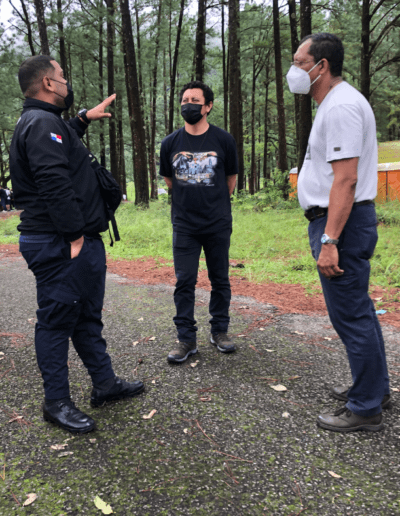 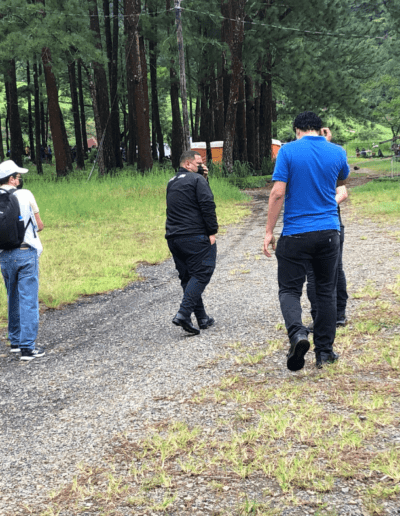 “During this journey, I returned to my home Province with a different outlook,” says Br Daniel, the new general animator of JPIC. “This Franciscan Network for Migrants leads to an inter-provincial relationship between fraternities. It is a network, which the Order did not have before”. The journey of the two animators of Justice Peace and Integrity of Creation was intended to encourage the friars in their work in the service of JPIC values and to facilitate the handover, now that the new animator is Brother Daniel. “With our Network, we want to sensitise the countries of Central America and the international community on the reality of migrants,” explains Br Daniel. “We want to work for the dignity of migrants and for their human rights to be guaranteed”.

Today the Franciscan Network for Migrants has seven teams spread across the USA, Guatemala, Mexico, Honduras, Colombia, Panama and El Salvador. “On our trip, we also met with teams from Guatemala, Honduras and El Salvador, and Panama,” continue the friars from the JPIC general office. “Each country has its own challenges, and we tried to encourage our teams to collaborate. In this sense, given the new emergencies and the new needs of the groups, a campaign has been launched online to find new volunteers, especially among the friars, to offer some of their time in this important work of supporting migrants in difficulty.

In El Salvador today, work is being done on the theme of spiritual, social and psychological accompaniment, following the traumas suffered by those forcibly returned to the country or those who are rejected and forced to return. In Guatemala, the working group was practically re-founded with the addition of three new congregations of Franciscan sisters. “During our stay, we went to meet the new Provincials of the congregations of sisters who are involved in the network to communicate our gratitude and appreciation to them,” said the friars. As Franciscans, we are called to welcome, and today those who need a welcome are precisely the migrants”.