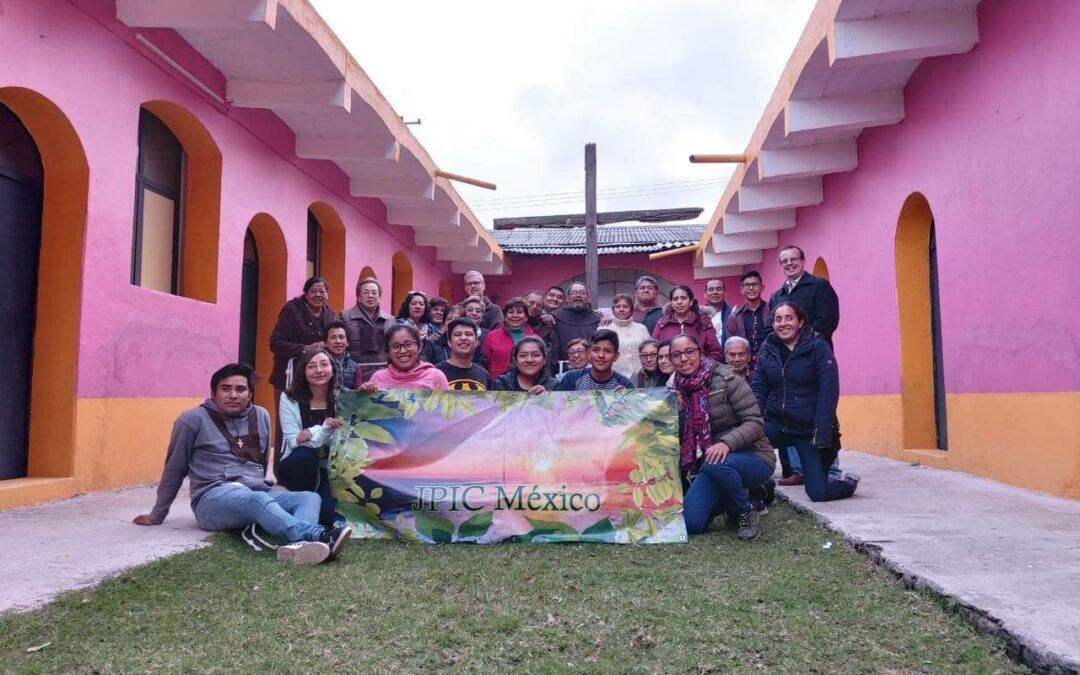 From October 25 to 27, 2019, the first JPIC Commission Worshop was held in Calpan, Puebla (Mexico). The objective was to let the wider Franciscan family of the Holy Gosepl Province (Mexico City) gain a deeper insight into JPIC as well as its three main lines of action: Laudato si’, migration and extractivism.

During the first day, different documents of the Church such as Gaudium et Spes (n.90)and Pastor Bonus were shared, helping participants get a sense of the overall work of Pontifical Commission for Justice & Peace: namely, 1) to promote justice and peace in the world according to the Gospel and the social doctrine of the Church; 2) promote the development of peoples; 3) work specifically on human rights, with special attention to their defense and the reporting of violations and 4) the care, defense and protection of creation.

On the second day, the participants took a closer look at the two principal actions of JPIC worldwide: Laudato si’ and migration, including the specifics of how these two areas have been implemented in the Province of the Holy Gospel. Regarding ecology, an analysis of the encyclical Laudato si’ was carried out where we were invited to reflect on the relationship that Francis of Assisi had with sister-mother Earth, especially on how he saw God Himself and His greatness in every aspect of creation: so if God is reflected in everything, we are called to be caretakers. (Ps. 24, 1-2).

Regarding migration, some of the new faces of immigration were shared: women, families, unaccompanied minors, seniors and LGBT groups, forced to leave their home countries for economic, natural, social and political reasons. In order to understand the migrants’ realities, we were treated to a live performance by (the OFM) Cisneros School in Cholula theater company called “An Altar for Migrants,” which showed us the suffering of our brothers and sisters during their transit through Mexico. Additionally, the group learned how the Church, and specifically the Friars at a Conference level, are committed to migrants through the Franciscan Network of Migration.

On the third day, we had the presence of two members of the Center for Ecumenical Studies, who shared how extractivism affects Mexico, our sister-mother Earth, as well as the aboriginals and other native communities. We also studied how mining only benefits transnational companies, countries such as Canada and the United States, and a scarce political elite within Mexico.

This workshop sought to raise awareness of the three work areas of the Holy Gospel Province’s JPIC Commission while reiterating its commitment to continue working despite obstacles and social limitations even from our own fraternities who continue to assume a “technical” mentality, often forgetting an option for the poor, the forgotten and the marginalized.  Participants were invited to commit themselves to think globally and act locally. The task that remains for us as members of our Province and members of a larger Franciscan family, is to think, see and act horizontally.