The Amazonian Ecclesial Conference: The Unity and Diversity of our Church

Following a synodal process, a new Ecclesial Conference came into being on June 29th,2020. What was the process that led to its creation? Who participates in this Conference? What prospects does the Pan-Amazonian region have? To get answers to these questions, why not participate in the online seminar? It will be available with simultaneous translation in English, Spanish, and Portuguese.

The celebration of the special Synod for the Amazon that took place in Rome during the month of October 2019 was an important step in a long process of listening that has been taking place in the base communities of the Pan-Amazonian region. As a result of the dialogue that took place during the synodal sessions in Rome last October, a proposal was made to “… [create] a Bishops’ organism that promotes synodality among the churches of the region, helps to express the Amazonian face of this Church and continues the task of finding new paths for the evangelizing mission, especially incorporating the proposal of integral ecology, thus strengthening the physiognomy of the Church in the Amazon. It would be a permanent and representative Bishops’ organism that promotes synodality in the Amazon region, connected with CELAM, with its own structure, in a simple organization and also connected with REPAM” (Final Document of the Amazon Synod n.115)

On June 29th, this Episcopal organism (or structure) was established and, according to Vatican News, it was inaugurated virtually. The participants, who were linked by video conference, were the President of CELAM, Archbishop Miguel Cabrejos, OFM, the President and Vice President of REPAM, (Cardinal Claudio Hummes, OFM, and Cardinal Pedro Barreto, SJ) as well as one Bishop for each country that shares the Amazon territory (9) — because of its size, Brazil has two representatives. Other participants include Bishop José Luis Azuaje, from Caritas Latin America and the Caribbean, Sr. Liliana Franco from CLAR, and Mauricio López from REPAM. There are also three representatives of the original peoples, Patricia Gualinga, Sr. Laura Vicuña, and Delio Siticonatzi. The Vatican participants are Cardinal Baldisseri from the Secretariat of the Synod of Bishops, Cardinal Ouellet from the Congregation for Bishops, Cardinal Luis Tagle from the Congregation for the Evangelization of Peoples, and Cardinal Czerny from the Dicastery for Integral Human Development. 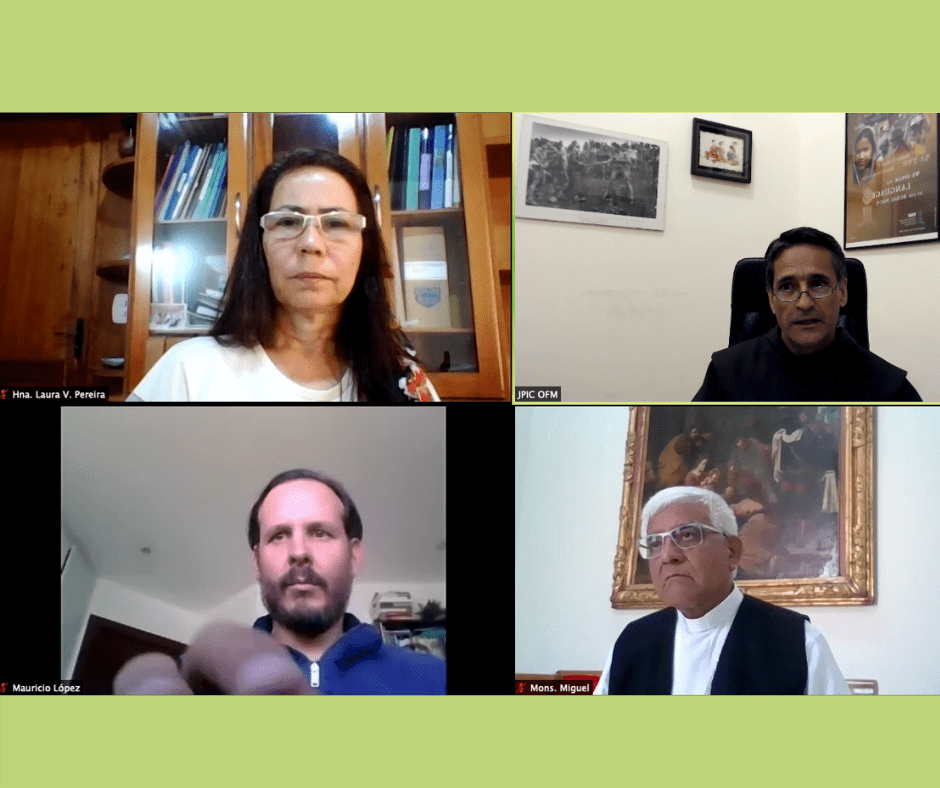 The Order’s JPIC Office invites you to look at this seminar which was attended by three members of the Ecclesial Conference of the Amazon to participate in this seminar: Archbishop Miguel Cabrejos, OFM, president of CELAM, Sr. Laura Vicuña Pereira, Franciscan Sister and Catechist, and Maruicio López, executive secretary of REPAM. The session will be chaired by Br. Valmir Ramos, OFM, Definitor General, and the Order’s General Animator for Evangelisation