Climate Movement of the Franciscans in Korea 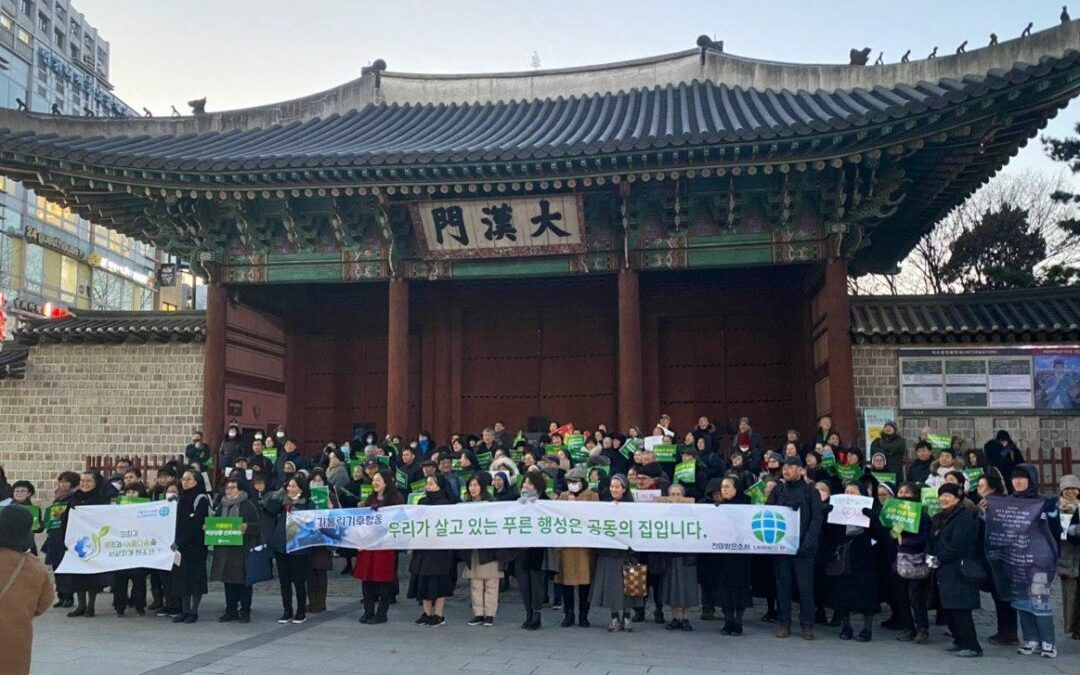 “The climate is a common good, belonging to all and meant for all” (LS 23).

The JPIC Commission of the Province of the Holy Korean Martyrs took part in Global Catholic Climate Movement Korea (GCCM Korea). It helped the Movement to organize the mass in the Franciscan Education Center, Seoul, for the care for creation and the climate action along with the people of goodwill on September 5 and 21, 2019, which were followed by climate marches in the city center of Seoul. Msgr. Peter Woo-Il Kang, who presided the mass, officially proclaimed the present situation as the climate crisis at the mass. These events have awakened up the Christians in South Korea of their vocation to take immediate action on the climate crisis. As a result, three months later, two round table discussions followed, leading to the decision to inaugurate GCCM Korea on January 20, 2020.

GCCM is an international Catholic NGO that consists of more than 900 organizations and a million faithful Catholics, and that has been facilitating the participation of the Church in action for climate justice since 2015. In the case of South Korea, there are more than thirty Catholic organizations, dioceses, and three hundred Catholics that take part in GCCM Korea, and it’s ever-expanding with other Catholic institutions in Korea. Its objectives are to,

South Korea is one of the countries that are marked out as climate villains by Climate Action Tracker (CAT) in 2016, along with Saudi Arabia, Australia, and New Zealand. It means these states were the most irresponsible in CO2 emission and negligent in the efforts to reduce it. Moreover, Korea was rated as the 58th among 61 countries in the Climate Change Performance Index 2019.

It seems a bit too late for the Church in Korea to take concrete action for climate justice. But, the member organizations of GCCM Korea would instead look forward to this year with various programs to inspire the Catholic believers as well as the Korean society toward radical ecological conversion. The program includes climate action school, Cine-Talk round tables, ecological spirituality school, climate strikes, public fund-raising in solidarity for climate affected areas in Mongolia and Myanmar, and participation in COP26 Glasgow.