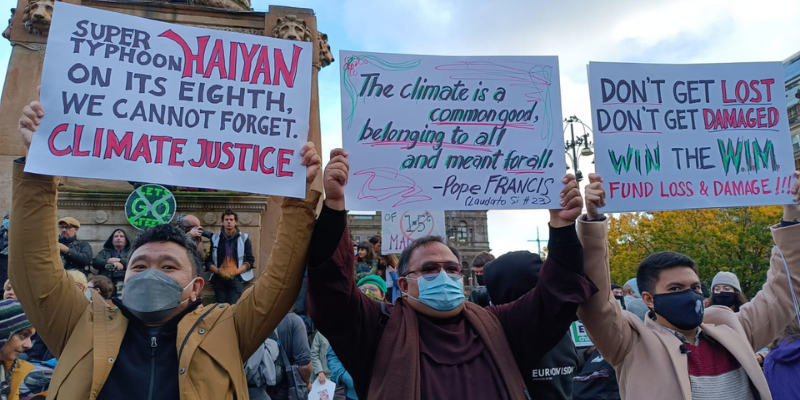 “I urgently appeal . . . for a new dialogue about how we are shaping the future of our planet. We need a conversation which includes everyone, since the environmental challenge we are undergoing, and its human roots, concern and affect us all.” (LS. 14) “The climate is a common good, belonging to all and meant for all.” (LS. 23) “The urgent challenge to protect our common home includes a concern to bring the whole human family together to seek a sustainable and integral development, for we know that things can change.” (LS. 13)

The COVID-19 virus has wreaked havoc on millions of people around the world, causing widespread economic disruption. Governments around the world have taken action to safeguard lives and livelihoods. On the other hand, climate change has persisted, and it now poses a threat to life on Earth. For decades, religious communities have been involved in this line of work, and the Encyclical Laudato Si’ had a significant spiritual impact. For many years, the JPIC General Office has worked to foster ecological conversion in the order and the Franciscan family by actively participating in the United Nations Framework Convention on Climate Change (UNFCCC) Conference of Parties (COP) in conjunction with climate change impacted communities and the civil society.

As a continuous response to this climate crisis, the JPIC-OFM represented by Br. Angelito Cortez, OFM, later accompanied by Br. Billy Hoyne, OFM, and Br. Gabriel Kinahan, OFM; Franciscan International represented by Mr. Budi Tjahjono and Mr. Thomas Kleinveld; and the Anglican Franciscans represented by Br. Clark Berge, SSF; collaborated to organize a delegation for COP26 at Glasgow, Scotland. The local Franciscans supported them in Glasgow and neighboring towns such as the friars of the Blessed John Duns Scotus Community headed by Br. George Smulski, OFM (guardian). The contingent aims to raise consciousness about climate justice and concrete actions; to offer an opportunity for formation on climate crisis with the local Franciscans and the entire Franciscan family through a hybrid webinar; to express solidarity through movement for climate justice along with other faith-based groups and the civil society organizations; to promote and celebrate the spirit and teachings of Pope Francis’encyclical Laudato si’ and to listen and bring our Franciscan spirituality and presence to every formal and informal activity, dialogue and negotiations.

With these objectives, the delegation took part in various activities at COP26. The first week was jump-packed with conversations, conferences, prayer, and faith services collaborating with the Interfaith Liaison Committee to UNFCCC (ILC). The ILC works as a platform for faith-based organizations to facilitate dialogue and action. They organize opportunities for collaboration on faith advocacy for climate ambition, embracing all the pillars of the UNFCCC and the Paris Agreement. In the middle of these two weeks, the delegation participated in two major solidarity protests as Global days of action with Young People and faith-based organizations such as Laudato Si Movement, Living Laudato Si, and all other sectors calling for Climate Justice. On the second week, the Franciscan contingent joined the People Summit. While world leaders meet to discuss the future at COP26, the People summit allowed building people’s power for system change together. The forum brought together the climate justice movement to discuss, learn and strategize for system change. 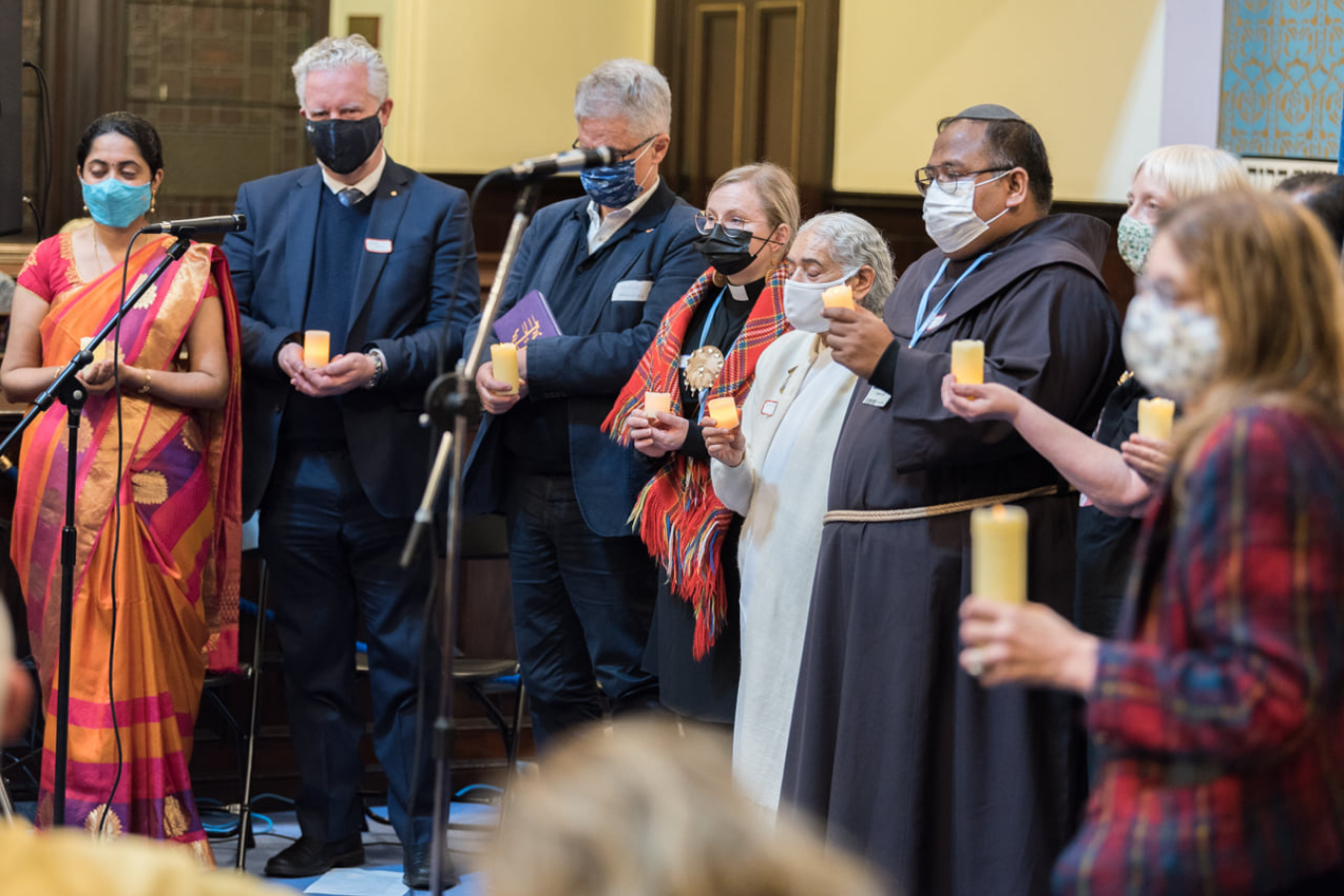 With this extraordinary journey, the Franciscan delegation expresses their calls for the following key issues that need to be addressed by the church and world leaders, including people of faith, as a common dream: advocacy; resilience and empowerment; finance; loss and damage; adaptation; human rights; just transition; climate science; indigenous peoples; youth and global governance.

We, as Franciscans who actively participated in COP26, dreaming, hoping, and calling that COP26 will involve faith groups in climate negotiations and encourage our church leaders to walk the talk and promote ecological lifestyles that have environmental impacts, such as divestment from fossil fuels; and to create programs that can equip and assist people psychologically, physically, and materially to meet the current climate urgency.

We dream, hope and call that COP26 will increase the number of grants rather than loans and eliminate climate debts, to shift the Global South’s focus from assistance to fair compensation and to produce large-scale climate finance and fulfil the USD 100 billion financing target; To address loss and damage effectively between the Global North and the Global South in a spirit of solidarity and to give required financing to assist poorer and more vulnerable countries in dealing with loss and destruction; Ascertain that adaptation is a primary focus of the climate agenda and make 50% of the nearly $100 billion commitment to climate action immediately available for adaptation; To encourage accountability among UNFCCC parties for their climate efforts, particularly in demonstrating that their climate actions do not violate human rights and ensure that policies on climate change, development, and human rights are coherent and create forums for social dialogue; To ensure that the costs of transitioning to a post-fossil fuel economy do not fall on the already vulnerable, mainly through workforce training, compensation, and social protection. 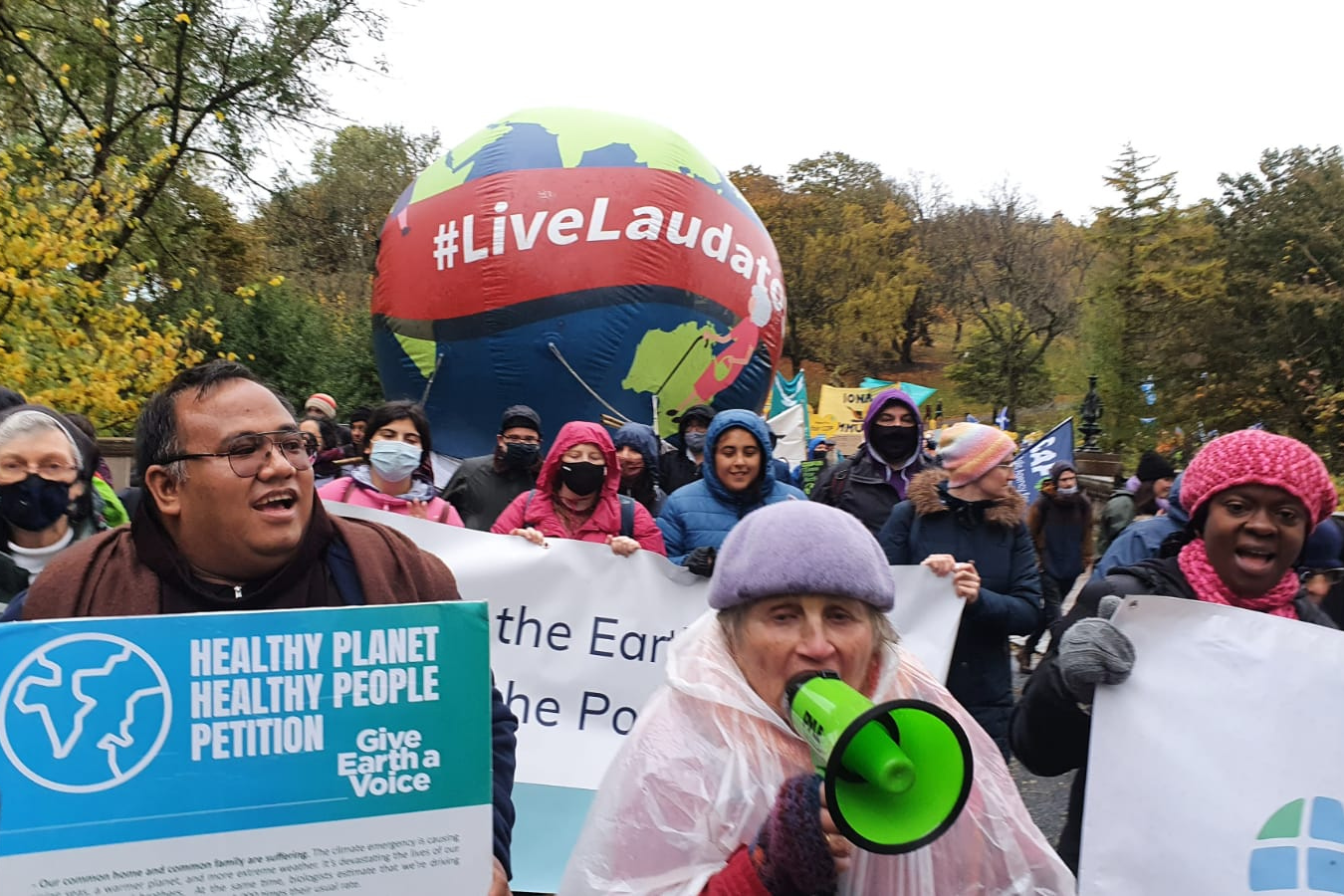 We dream, hope, and call that COP26 will make judgments that are consistent with the IPCC’s climate science and include faith-based organizations and their traditions that advocate for a more sustainable way of life; To safeguard indigenous peoples’ rights when responding to climate change and heed Indigenous wisdom and worldviews; to take an intergenerational perspective into account while making decisions to reduce greenhouse gas emissions and ensure that young people are represented in climate conversation; To initiate a process of designing and establishing new global institutions and projects centered on a core ethic for everyone, with a clear commitment to care for one another across the human family, promote an ethical leadership and accountability culture in UNFCCC decision-making and narrow the chasm between words and actions in UNFCCC climate decisions.

As we come back bringing all that we got from our COP26 Glasgow journey and dream, we will continue our work as Franciscans taking care of our common home, remembering Pope Francis in his message for COP26 “Time is running out; this occasion must not be wasted, lest we have to face God’s judgment for our failure to be faithful stewards of the world he has entrusted to our care.” 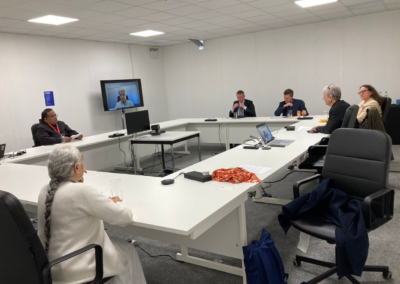 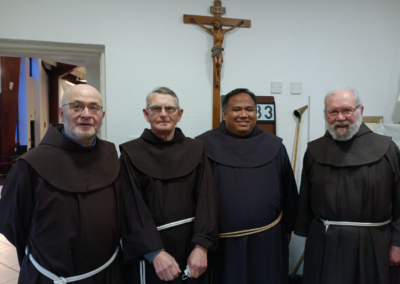 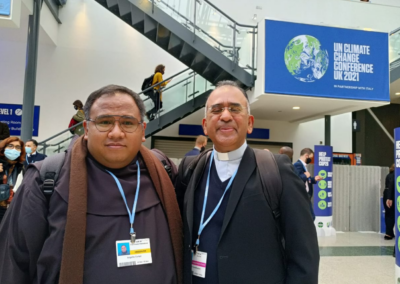 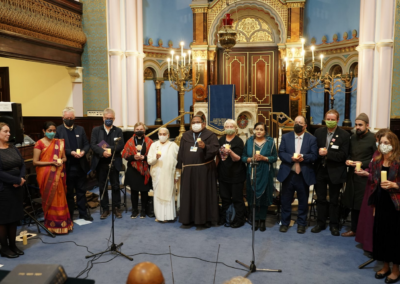 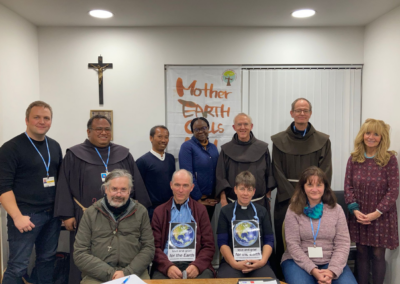 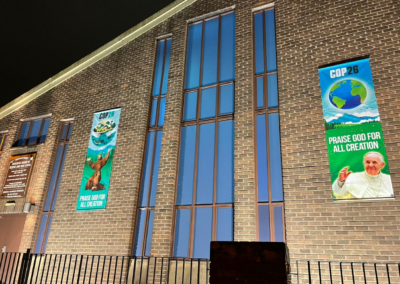 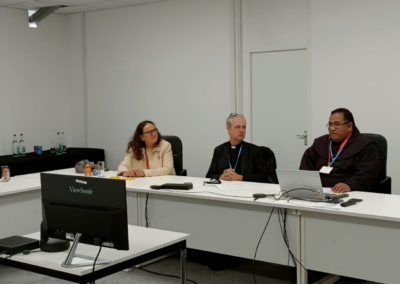 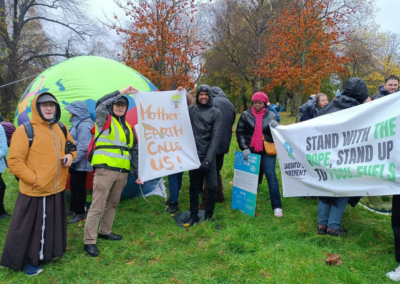 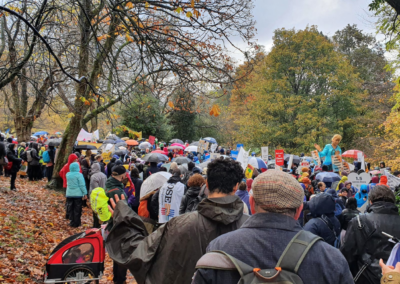 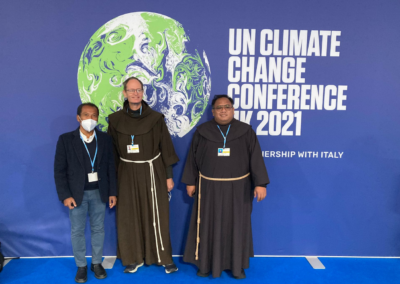 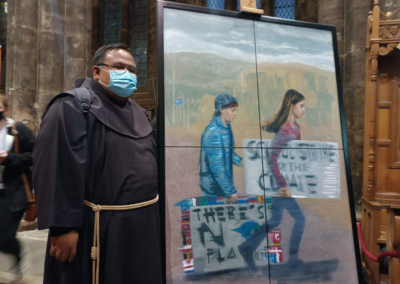 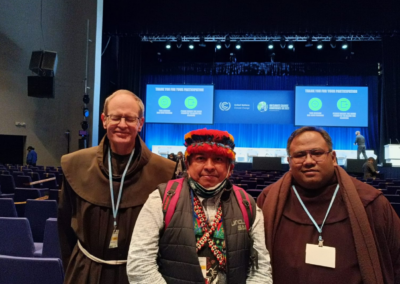