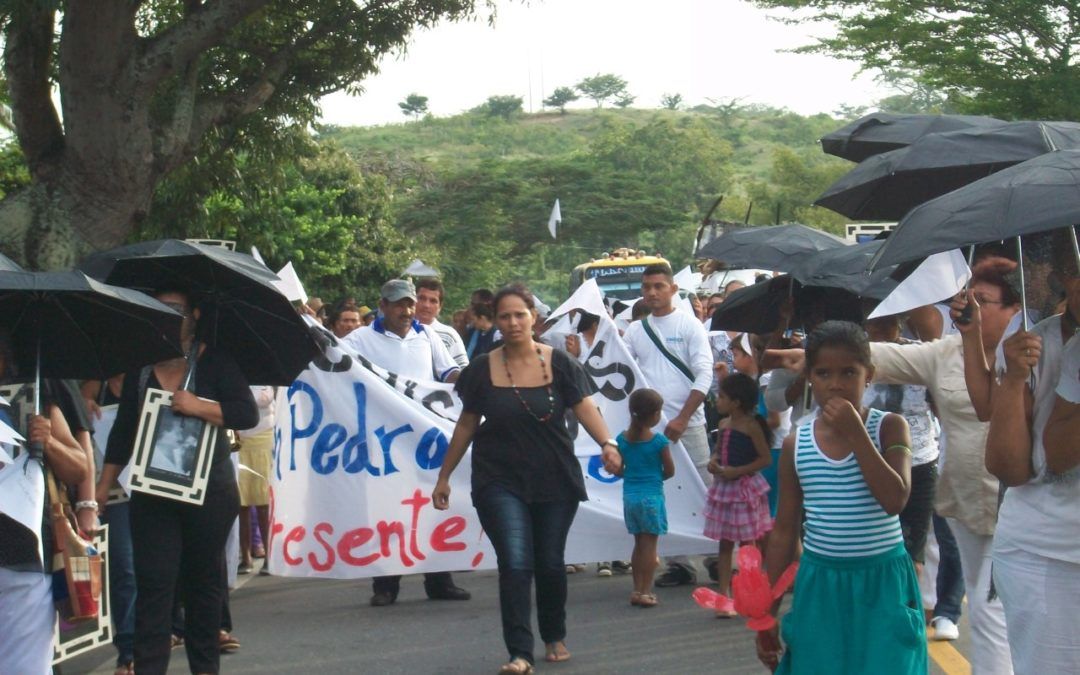 Colombia, a country located in the northwest corner of South America, has sea coasts in the Atlantic and Pacific Oceans and an excellent geographical position in the Amazon area, and it has a tremendous water and biodiversity potential. In contrast to this reality, it has experienced one of the most intense and longest internal armed conflicts in the continent during more than 50 years, due to inequality in the distribution of its riches, and particularly of the land.

Franciscan presence in Colombia dates back to 1550. The friars initially took up the evangelization of the people settled in the territory through popular missions. Then, since the XVIII century, the province took up formal education and parish service, primarily in large urban centers.

Shortly after Vatican Council II and the Second Episcopal Conference of Latin America, Medellín 1968, a group of friars of the Colombia Province, in 1978, seeking to respond to the reality of the country, and the Order’s approval, starts “ad experimentum” an exodus to marginalized places, bringing about, four years later, the creation of the second Franciscan Province in Colombia, which was named Provincia Franciscana de San Pablo Apóstol.

Some brothers and some laypersons of the Province of San Pablo Apóstol launched the Franciscan Foundation Santo Tomás Moro in 2001 in the Caribbean coast of Colombia as a resource through which they would serve population centers that were experiencing serious situations due to human rights violations.

Paying attention to the words of the Christ of San Damiano to Saint Francis: “Go and rebuild my house, which, as you can see, is falling into ruin”,the founders of the Santo Tomás Moro undertook the task to reconstruct the life projects of the people and communities hit by the socio-political violence in Colombia. At that time, the point was “repairing the social fabric” and later, with Pope Francis and the Encyclical Laudato si’, it became “repairing the common house”. Then, an initiative from very deep Franciscan origins sprouted in the Colombian Caribbean.

The official statistics of the social and armed conflict in Colombia, according to the national victims’ registry –Registro Único de Víctimas (RUV) – record the following data: the forced displacement gives the highest indicator with a total of 3,780,677 registered cases; then, the femicides, which have left 458,781 victims; and also 191,784 women have suffered threats, 77,100 were forcibly disappeared, 47,627 lost their goods or real estate, while 40,231 have been affected by terrorist acts, attacks, combats and harassment

The service strategy was based on the insertion of friars and laypersons in these populations’ settings by building formation schools for each population group: the Soy Mujer School for the women of the served communities, the Nuevas Masculinidades School for adult men, the  Jóvenes con Futuro School for teenagers, and the Niños y Niñas Esperanza School.Each school with its respective pensumand emphasis that respond to the needs of those who are part of it.

Soy Mujer School was successful due to the regional women’s massive participation in the process. Eventually, and due to the changes that the country has been experiencing along the last 10 years, such as implementing a law to assist the population harmed by forced displacement -Law 387- and another one to assist the victims universe, and not only the displaced ones – Law 1448. Since 2010, the school changed its name to become MUJERES DE PAZ GESTORAS DE DERECHOS — Women of Peace Promoters of Rights

The change of name reflected a new way of facing new situations. Colombia was going into a peace process that required committed citizens: women’s leaderships grew stronger, emphasis was placed on the formation from the gender perspective with not only psycho-social accompaniment, but also with psycho-legal accompaniment too. Formation in Spirituality was strengthened, Strong emphasis was placed on the restoration of historic memory, on the enhancement, positioning and visibilization of the rights of women victims, on the basis of comprehensive and collective reparation, and of the demand to war actors for a compensation for the harm caused.

Many of the women students of the Women of Peace Promoters of Rights School preside in their contexts the tables of the women who were victims of violence, and today, from their organizations, they build, together with the Franciscan Santo Tomás Moro Foundation, the recuperation of the historic memory that will provide input to the National Commission of Truth, institution created after the signing of the peace agreements in La Habana (Cuba) between the Guerrilla and the Colombian State.

The OFM JPIC Office has supported through the School women the peacebuilding in Colombia. They are aware of both the Rome JPIC Office solidarity and the Colombia Franciscan Family JPIC, to which the Franciscan Santo Tomás Moro Foundation belongs as an active member.