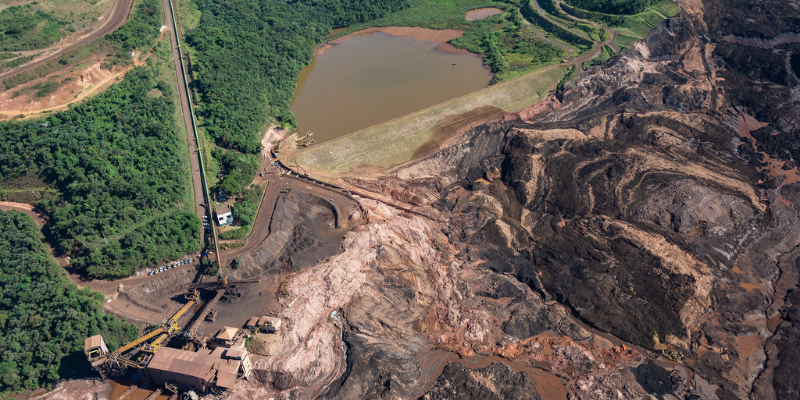 The entities join Pope Francis’ call for an economy that curbs human rights and environmental violations by extractive industries.

According to the appeal made by Pope Francis during the IV World Meeting of Popular Movements, a group of entities are calling for an economy “at the service of peoples to build a lasting peace based on social justice and care for the common home”. During his speech on Sunday (16), the Pope called on extractive companies to put an end to the violations of human and environmental rights involved in their activities, such as the destruction of the environment, water pollution, poisoning of people and food.

“This system, with its relentless logic of profit, is escaping all human control. It is time to stop the locomotive, an out-of-control locomotive that is taking us to the abyss,” Pope Francis invited. “Personal change is necessary, but it is also essential to adjust our socio-economic models so that they have a human face. To return to the old ways would be truly suicidal and, if I may stretch the words a bit, ecocidal and genocidal,” he reinforced.

The document launched in line with the papal speech recalls the crime that occurred in Brumadinho in 2019, which completed 1000 days of impunity, where more than 270 people died buried by the rupture of a tailings dam of the company Vale. In line with the work carried out by the signatories with the communities martyred by large-scale mining, the document reaffirms the accompaniment and denunciation of the “injustice suffered by thousands of people due to extractivism and we raise awareness about the impacts of mining and other predatory projects”. 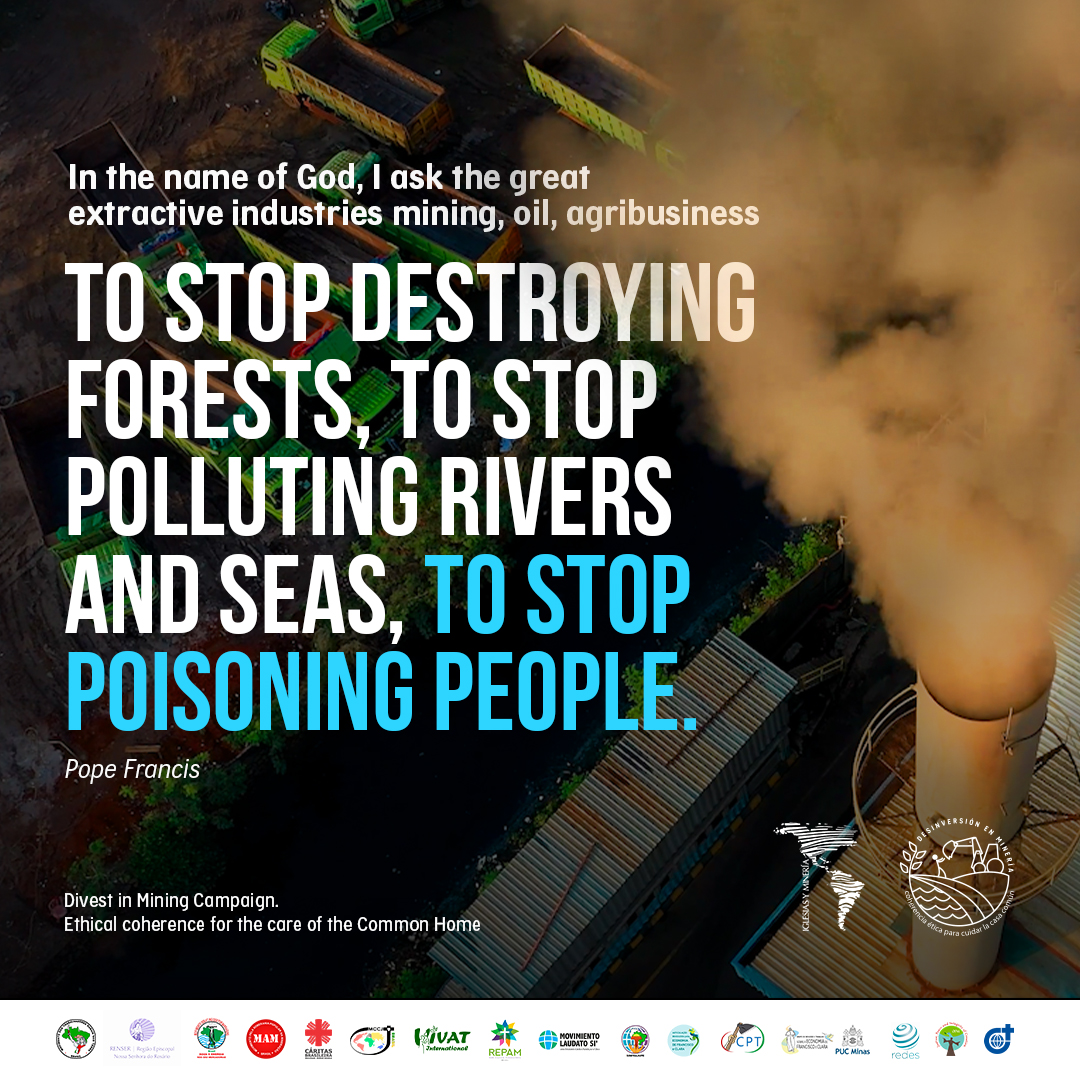 The more than 20 organizations that unite through the manifesto call for the urgency of the transnational mining model that “expands over the vast geography and socio-biodiversity of Our America” and declare it as a “contemporary expression of the colonialism inherent to the development of capitalism as a civilizing project”. The group of organizations, in a letter, assumes the co-responsibility of promoting an economy that acts with proposals that contribute to a post-extractivist economy.

The manifesto being presented calls on churches, popular movements and civil society to unite in the creation of a social structure that “is capable of transforming the economic model characterized by the blind voracity of a type of extractive exploitation that does not stop growing and expanding; that the more it extracts and the more it depresses, the more it needs to continue destroying nature”.

Read the full statement: Português, Español or English
For organizations that wish to sign the manifesto, please address your request here