Voices from the Amazon: its land, peoples, and religions 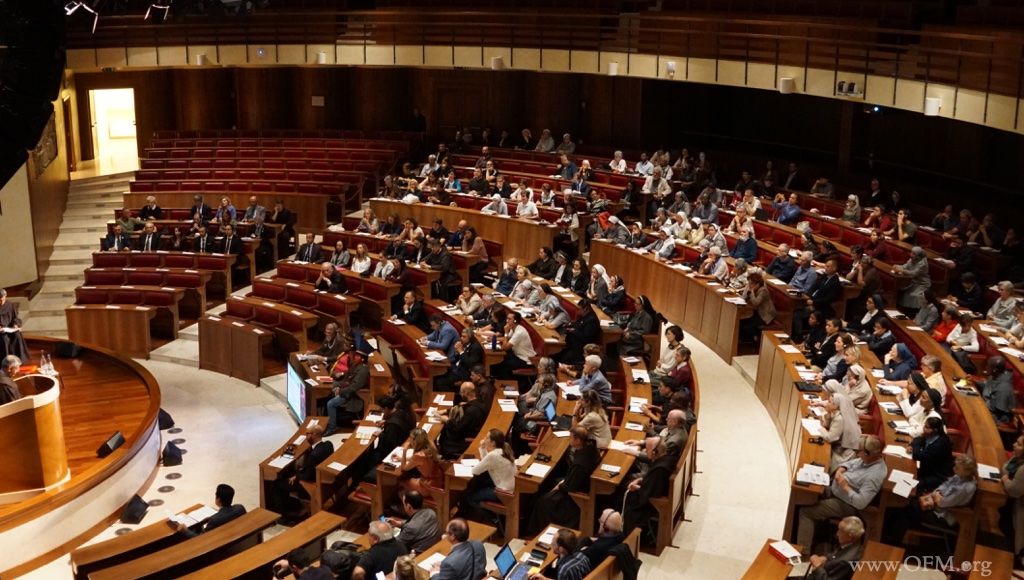 The Amazon Awareness Seminar, which took place on October 5th, 2019, at the Antonianum Auditorium, Rome, attracted a large gathering with a cross-section of people from different walks of life.

The Pan-Amazon region was chosen as the focus of the Special Synod of Bishops convened by Pope Francis, taking place in Rome this October. The Church wants to hear the voices of the Amazon through its people and its pastors. The listening process began several months ago with a preparatory document that led to the Instrumentus Laboris (IL). The nearly 200 members of the Synod — including 10 Franciscan friars — will work on the IL during these days of “walking together.”

The Order (through its JPIC Office), together with the Pontifical University Antonianum, The World Catholic Movement for Climate (WCMC), and the Ecclesial Network “Red Eclesial Panamazonica” (REAPAM), put together a seminar of reflection and listening. The intention is to contribute to the synodal process, by raising the various issues that affect the entire Amazon region.

Opening the event, the OFM Vicar General, Br. Julio Bunader, welcomed the participants and, in line with the Special Synod on the Amazon, highlighted two concepts: Integral Ecology, because “it is based on the recognition of being-in-relationships as a fundamental human category. This means that we develop as human beings on the basis of our relationships with ourselves, with others, with society in general, with nature/environment, and with God.” (IL47). The second concept is that of Integral Conversion, because it is “an ‘integral personal conversion’ that comes from the heart and opens up to a ‘communal conversion’ recognizing its social and environmental links, that is, an ‘ecological conversion’.” (IL101)

The seminar developed in three sections. “Voices of Governments” had presentations from María Elvira Velásquez Rivas-Plata, Ambassador from Peru to the Holy See and Jorge Mario Eastman, Ambassador from Colombia to the Holy See. Then, “The Peoples Voices”, which included presentations from José Luiz Cassuppà, an indigenous leader invited to the Synod, Sr. Laura Vicuña, a member of the Congregation of Franciscan Catechists, and Br. Joao Messias Sousa, OFM. The president of CELAM, Mons. Héctor Miguel Cabrejos, OFM and theologians Tania Ávila and Alirio Cáceres spoke during the third part of the seminar, entitled “Voice of the Church”.