The International Council of JPIC meets in Petropolis, Brazil

On Monday, November 21st, the Internacional Council of Justice, Peace and Integrity of Creation (CIJPIC) began its meeting in  Petrópolis, Río de Janeiro, Brazil. Franciscan brothers from all continents have come together in order to evaluate the work done in each Conference or region where the Order is present and to draw up lines of action that will accompany the JPIC animators in the following years according to what the General Chapter entrusted to the JPIC general Office.

Br. Paulo Roberto Pereira, OFM, Minister Provincial of the Immaculate Conception Province, addressed the participants of the Council to welcome them and remind them of the importance of JPIC work for the Order and in the world.

The main speaker of the morning was Leonardo Boff who was in charge of presenting the current world context. For him, we live in a historical moment of special significance and great risks to human life. The magisterium of Pope Francis and the legacy of St. Francis of Assisi offer opportunities for the salvation of planet earth. 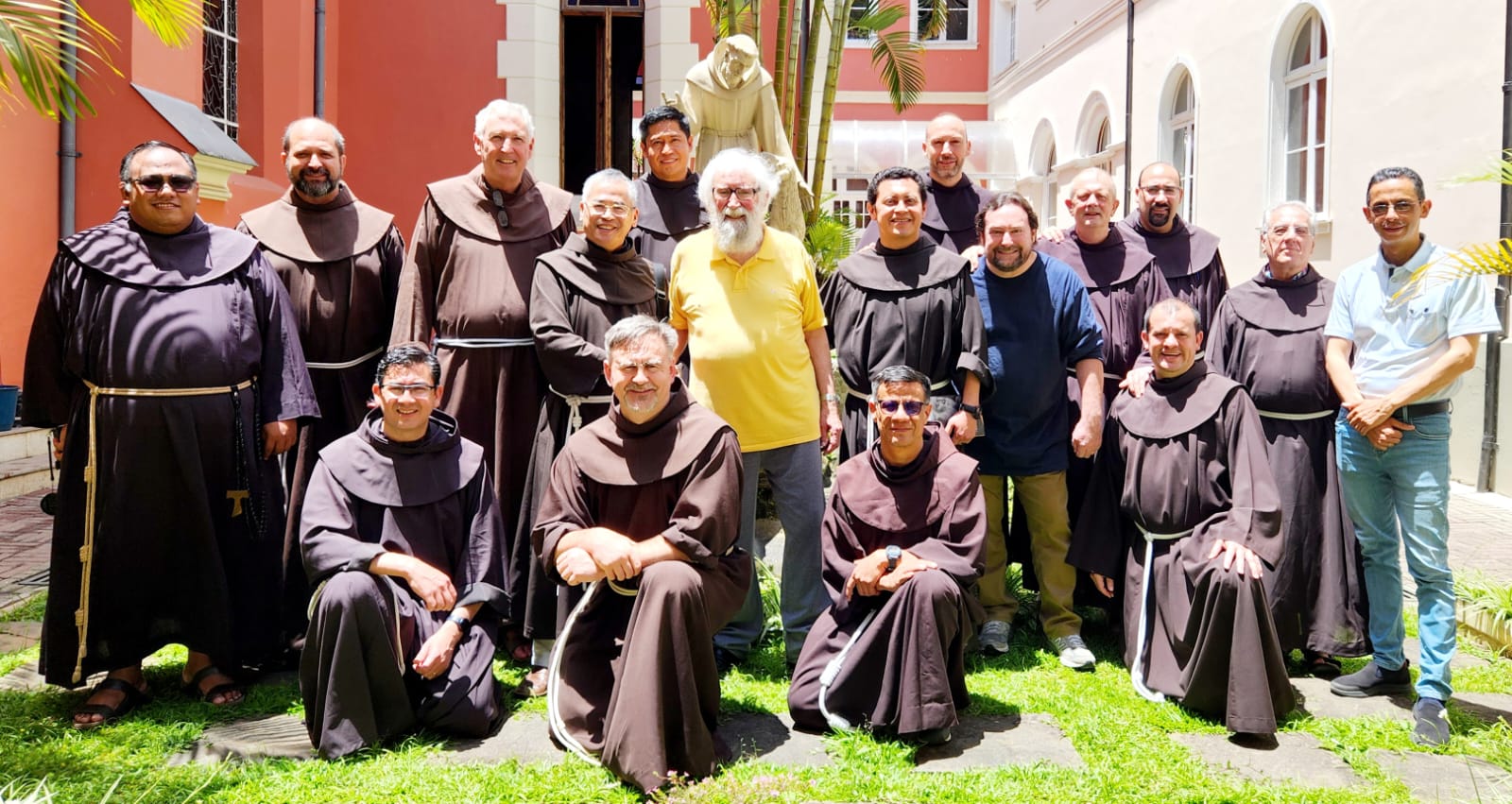 In the afternoon, Br. Daniel Rodríguez Blanco, OFM, Director of the JPIC General Office, offered a few welcoming words and presented the program of the week with the logic that accompanies it. He then opened a personal space for the brothers to read in their own language the Message sent by Br. Massimo Fusarelli, OFM, Minister General, in which he asked the JPIC animators to be attentive to the signs  of the times marked by wars and conflicts in so many parts of the world, as well as the climate crisis. He recalled that we can find answers in our Franciscan tradition but without falling into self-referentiality.

This first day concluded with a Eucharist presided by the Minister Provincial at the Sacred Heart parish of Petrópolis, which is the fraternity where the meeting is taking place.