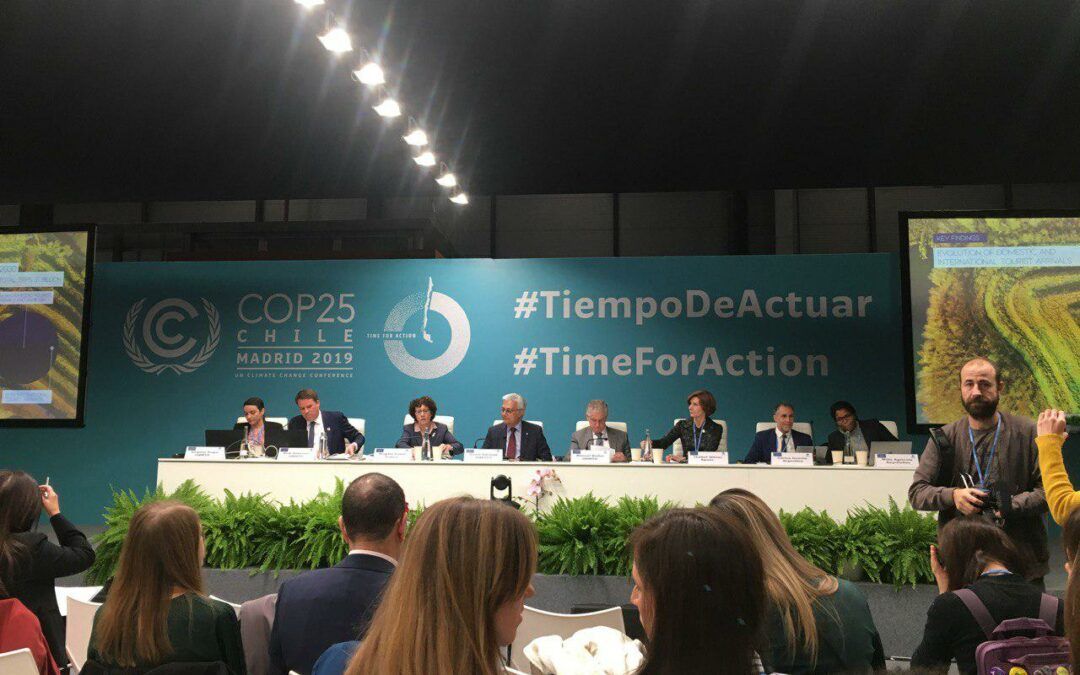 The UN Climate Conference (Cop25) that began on Dec. 2 ended on Dec. 15, which was two days longer than its original schedule. The JPIC Commission of the Holy Korean Martyrs Province of Korea has participated along with its ally NGOs. Cop 25 was inaugurated with an ambitious theme, ‘Time for Action,’ but even though it was recorded as the longest Cop in history, the international delegates didn’t reach an agreement on several sensitive issues without any meaningful progress in the negotiation. Moreover, it was quite frustrating that the crying voice of the people in Chile and other neighboring countries suddenly disappeared in the mass media as the venue was shifted from Santiago to Madrid.

The main concern of governments and negotiators is focused on the international trade markets that are transformed through the UN Climate Conference. In particular, they seek to reach a consensus over the interpretation of the market mechanism in article 6 of the Paris Agreement without giving up their national interests.

The main concern of governments and negotiators is focused on the international trade markets that are transformed through the UN Climate Conference. In particular, they seek to reach a consensus over the interpretation of the market mechanism in article 6 of the Paris Agreement without giving up their national interests.

As it was evident in the atmosphere at the Climate Summit, when compared to the Cop21, Paris, the civil society and religious communities were losing their interests in the UN Climate Conference. The main concerns of the UN and governmental delegations are strictly aligned with market capitalism, and they negotiate only for their interests. Therefore, civil society and religious communities should emphasize Just Transition, not the discussion based on the logic of market capitalism. In order to implement climate justice, responsibility for loss and damage to indigenous peoples in climate-affected areas must precede the carbon market discussion. To do this, phrases about loss and damage must be embodied in the agreement, but Europe and the United States are opposed to it.

The Korean delegation consisted of the NGOs such as the Energy Climate Policy Research Institute, Green Korea, ICE (Interreligious Climate & Ecology) Network, Green Asia, and OFM JPIC Commission of the Korean Province. The participation in Cop 25 was smaller than ever before. There is hardly any networking between various organizations for climate justice in Asia or any other country. Indeed, civil society in Korea has not focused on the global climate crisis while focusing on several domestic issues. In the future, we will face the task of expanding the coalition for climate justice through international networking as well as training experts on the climate crisis. Religious communities also need to be more sensitive to the gravity of the climate crisis. After all, the Gospel is not about seeking only for the individualistic relief but the spirituality of community and solidarity.