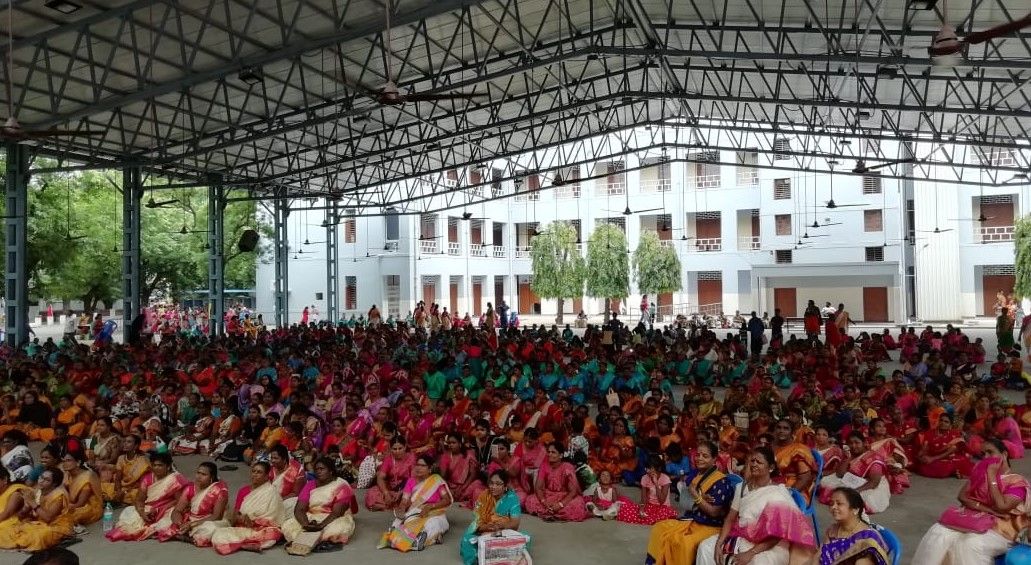 Nesakkaram – SEEDS, a Franciscan NGO serving in Chennai celebrated on 21 September 2019 the 800th anniversary of St. Francis meeting the Sultan. Nesakkaram which celebrates the “Women Cultural Fest’’ annually thought it fitting to remember this year the great historical event of St. Francis meeting the Sultan and thus spread the flavor of peace and dialogue among the people of various religions.

There are 143 women Self-Help Groups coordinated by Nesakkaram. These women hail from different religious, cultural and economic backgrounds. Their thirst for growth and progress in life have brought them together as a group to save money and address the needs of the family. Despite coming from various religious backgrounds, these women manifest a great respect towards one another in the group and create an atmosphere of a family within each group.

St. Francis of Assisi, in the time of Crusades, braved the church establishments of his time and took on a peace expedition to meet the Sultan al-Malik al-Kamil to propose the end of war and to facilitate peace between the two warring factions. A great adventure of peace and dialogue! Walking the footprints of St. Francis, Franciscan NGO – Nesakkaram, wanted to honor the Muslim women and to show them the deep respect and reverence that St. Francis showed to the Sultan.

The Muslim women numbering around 100 were escorted to the stage as the Parai (Tamil cultural folk dance with music) resounded its beats of welcome. Br. Charles Bernard, Vicar Provincial of OFM Franciscans in India explained the importance of this anniversary and its relevance and impact in life today. He called on the gathering of around 2000 women to promote peace, dialogue and harmony. Br. Praveen, Minister Provincial, unveiled the picture depicting the encounter between St. Francis and the Sultan which was received Mrs. Sultana. All the Muslim women on stage were honoured with a white shawl as a sign of peace and harmony. The gathering of women then prayed the Peace Prayer attributed to St. Francis in one voice. Everyone went away carrying the same peace prayer.

Mrs. Fatima, one of the participants said, “it was a special feeling to be honoured with a white towel. While there could be prejudices based on religion, a gesture such as this, encourages us to respect one another.” Mrs. Abibu said that she was pleasantly surprised to know that a Christian Priest daringly went to meet the Muslim ruler and that this meeting resulted in peace.

Br. Joseph Raj, Director of Nesakkaram, speaking on the event said that Nesakkaram as an NGO is committed to inter-religious harmony besides its number of social activities. He added saying that the Nesakkaram would be organizing similar events in the future with the purpose promoting peace and harmony in the society.