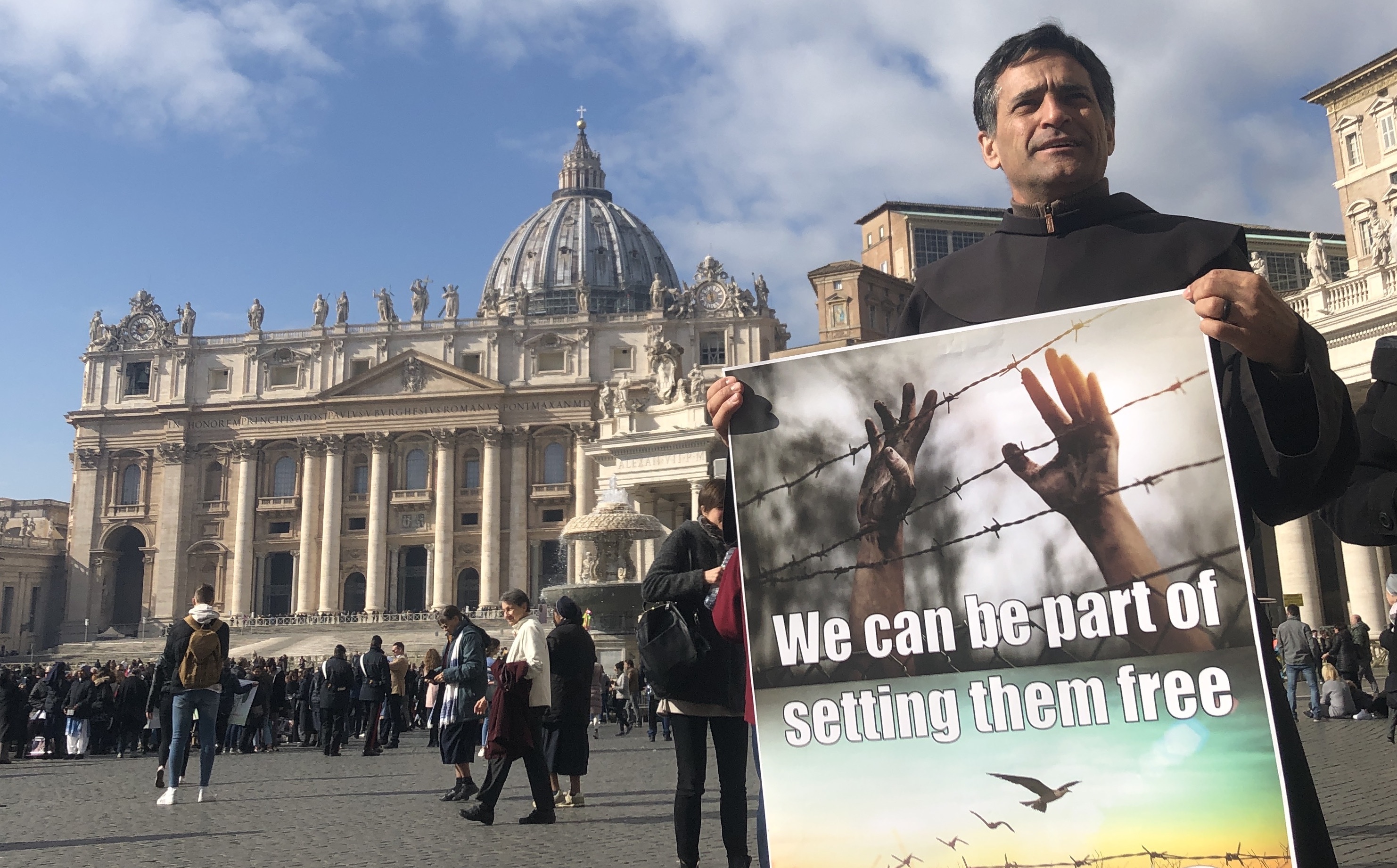 Pope Francis has chosen February 8, the feast of St. Bakhita as World Day of Prayer and Reflection Against Human Trafficking since 2015. “Talitha Kum” is a network of religious Congregations against human trafficking. It has been promoting various activities throughout the world. This year’s theme was “Together against trafficking” since it is a problem that must be addressed by all.

There were two significant events held in Rome. Talitha Kum organized a prayer vigil on February 8 in the Basilica of San Antonio (Antonianum) and a public march on the next day from “Castel Sant’Angelo” to St. Peter’s Square. The participants in the parade also attended the Sunday “Angelus” after the march. Pope Francis announced human trafficking as “a true plague that exploits the weakest.” And he said that therefore requires “the commitment of all: educational institutions, associations, and agencies.”

“Yesterday, the liturgical memorial of Saint Josephine Bakhita, the World Day of Prayer, Reflection and Action against Human Trafficking. To heal this wound – because it is truly a wound! – that exploits the weakest, demands the commitment of all: institutions, associations and educational agencies. On the prevention front, I would like to point out that various studies show that criminal organisations increasingly use modern means of communication to lure victims under false pretences. It is therefore necessary, on the one hand, to educate people in the healthy use of technology and, on the other hand, to monitor and remind service providers of their responsibilities.”