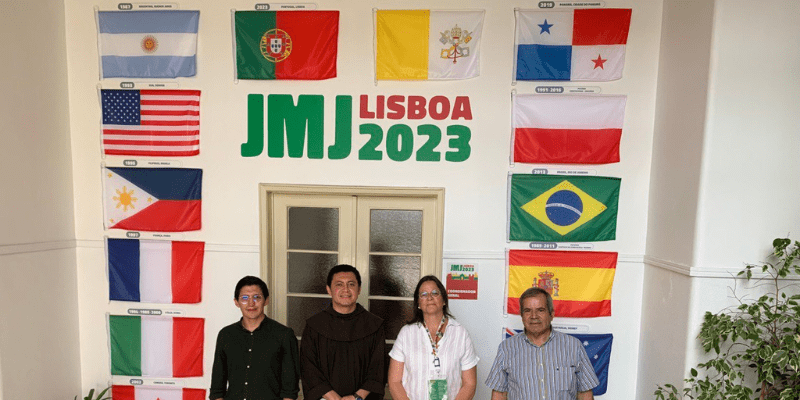 One year before World Youth Day, which will gather young people from around the world in Lisbon from 1 to 6 August 2023, the Order of Friars Minor has announced its participation in the event.

Accordingly, the General Office for Justice Peace and Integrity of Creation (JPIC) of the OFM Curia visited the Order’s Portuguese Province and the organising committee of the next WYD in early August to put forward its proposals and offer its collaboration. On his return from Lisbon, Br Daniel Nicolas R. Blanco, head of the General Curia’s JPIC office, reported on the success of the talks: “My visit was aimed at getting to know the fraternity of Lisbon and the JPIC animators of Portugal, as well as the working group that is organising the next WYD”.

Br Daniel met Br Fernando Mota, OFM, Minister Provincial of Portugal, Br Nicolás Hipólito de Almeida, OFM, Guardian of the Immaculate Conception Friary, and also Fabián Campos, representative of the Laudato Si’ Movement (LSM). “The friars all expressed their enthusiasm and willingness to collaborate,” explained Br Daniel, “Our participation will be articulated in different ways, based on Franciscan spirituality. We want to promote the values of the encyclicals Laudato Si’ and Fratelli Tutti”. 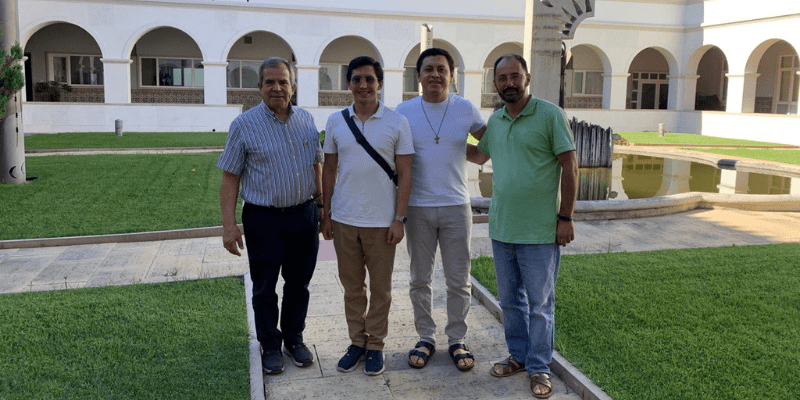 Minister General Br Massimo Fusarelli will also be present for the occasion and will participate in one of the planned initiatives yet to be defined. Next October, in fact, there will be another meeting in which the individual proposals of the Franciscans will be discussed in more detail, ranging from catechesis in different places and languages to the organisation of a Franciscan march, a Franciscan concert and an ecological village.

The friars from Portugal and Br Daniel also had a meeting with the local WYD Lisbon 2023 team. Welcoming them to the organisation’s headquarters was Carmo Diniz, Coordinator of the Office of Dialogue and Proximity, which is part of the Local Organising Committee (LOC) of WYD. Carmo Diniz presented them with the sustainability programme of WYD 2023 to reduce the event’s environmental impact, a theme that is very close to the heart of the animators of Justice, Peace and Integrity of Creation.

During this visit, it was decided to involve the entire Franciscan Family of Portugal, whose president is Br Fernando Mota, OFM, in the organisation of WYD and Franciscan activities. In addition, the Conventual and Capuchin friars of Portugal will also collaborate, and two of the Franciscan patron saints of WYD will be presented to the pilgrims: St Anthony of Lisbon and Blessed Maria Clara of the Child Jesus. “We look forward to WYD with Franciscan joy and Christian hope in the spirit of peace,” commented Brother Daniel. “It will be a meeting in Europe, after the pandemic, in a Europe where there is war. We will pray for peace”.