Laudato si’: a rap with purpose 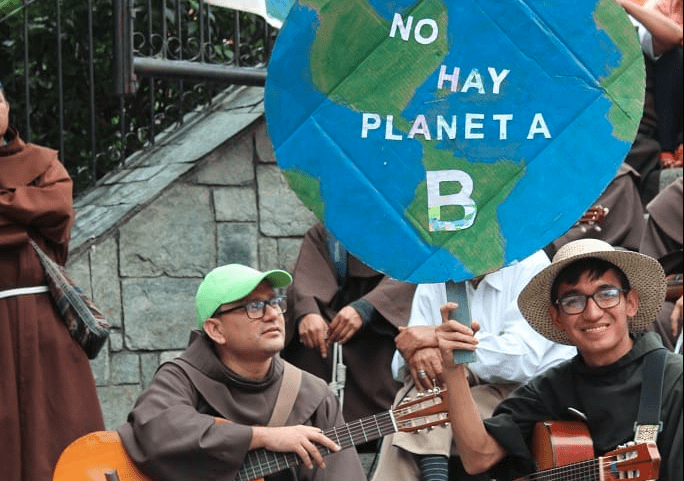 Rap music always has something to say to listeners. A youth group of Inmaculado Corazón de María parish in Guatemala has chosen this format to spread the messages of the Encyclical Laudato si’. A song entitled Laudato si’ was born out of the project, Viico, rap crítico (critical rap). The song was composed by Br. Antonio Pedro and Br. Victor Treminio, who played harmonica, guitar and Cajon drum. Delmy and Beatriz Cuyuch, members of the YouFra, sang the first female voice together with Br. Carlos Aguirre and Br. Gerson Ramírez, who sang the first male voice. Monica Rodas, known as Minny, who serves as an acolyte in the parish, began to rap rhymes in favor of the care of the common home, and Lys supported him with the second voice.

The motivations that drove them to this project were to use music to give a much deeper message than is commonly heard. The song has a message for the creation and the care of our common home beyond any political ideologies. At the same time, it emphasizes the Christian duty of the commitment to new human relationships with the planet earth that has been suffering severe calamities

We propose to the Franciscan Family to listen, learn and share the song so that the care for our common home becomes an essential topic of conversation among young people, and that many others can get invited to the ecological spirituality. We need to prioritize this issue in our communities, putting our faith into concrete practices of the ecological conversion. This faith is the bases of the new generation in the world, the Laudato si’ generation.