FRANCISCAN CONNECTIONS FROM A to B – Aleppo to Brisbane!! 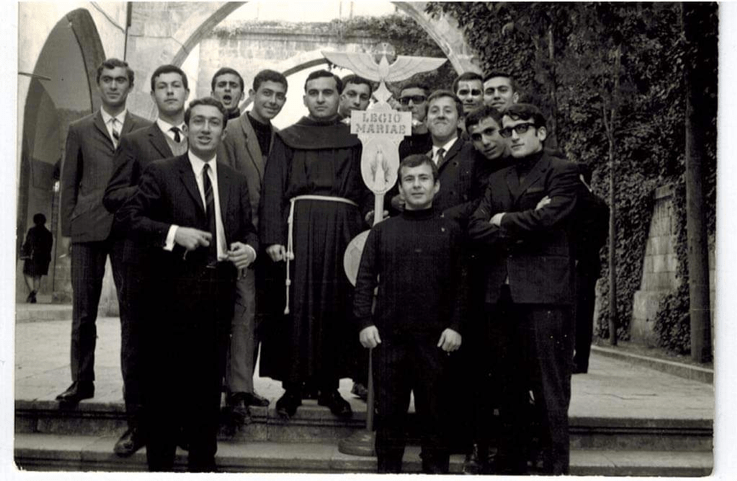 Samir Eskifeh was born in Aleppo, Syria in 1955 and went to the Franciscan school there – the Terre Sainte School starting   In 1961 and for his entire academic life, finishing high school in 1972.

Samir recalls, “The school was given the name Terre Sainte (Holy Land) during the time Syria was a French colony. I remember the Principals – Father Jedion from the Netherlands, Father Penavantora from Jordan, and Father Joseph from France. I also remember some teachers – Father Renhart from Belgium, Father Eloie from Spain, Father Vito from Italy, Brother Bernard from Syria and Brother Michael from Egypt.”

Samir loved his school which embraced the Franciscan ethos and values sharing, “This school is the main reason for my success in life. I’m not the only one who was impacted positively by Terre Sainte school; every single student who studied there had a rewarding experience. We were taught the basic principles of respect and service to others. Many of the most successful people in that generation studied at this great school.”

Samir became an accountant and married Houda Kalala who was a French Teacher at Kilikia Armenian High School. They lived happily in Aleppo with their 4 beautiful children. Tragedy struck on Good Friday (12thApril 2014) with the bombing of their city in the Syrian Civil War. Many lifelong friends and family died on that fateful day. Miraculously, the family managed to escape to another Syrian city and later fled to Lebanon where they applied and were granted a visa to Australia.

In Australia, they settled in Brisbane, the capital of sunny Queensland. The family faced many difficult challenges confronting refugees fleeing their war-torn country: new language, new culture, loss of community, loss of financial security, unemployment and many other challenges.

Their second child, Amal, a French teacher in Syria (like her mother) managed to obtain a job in Brisbane through the Work & Welcome Program. She was employed at a Franciscan school, Padua College, as a teacher aide. The Work & Welcome program, which is supported by the Franciscan Friars of the Holy Spirit Province, was created at Padua College 25 years ago to offer short term employment opportunities for refugees and migrants. It has since expanded to 20 schools in Queensland and New South Wales and also into the corporate sector. Over 200 refugees and migrants have benefited from this program.

In Amal’s words “I heard a lot about the Franciscan ethos from my father and I have many Franciscan friends in Aleppo. I have often been to Franciscan churches, and I have a close relationship with the Franciscan community in Syria. They are always friendly and engaging, you can feel the love and joy in their actions and their service, they show courtesy and respect to everyone. The Franciscan school Padua College in Brisbane where I am now working is another great example of this Franciscan spirit.”

Amal has since been employed by Padua College after completion of her Work & Welcome placement. The blanket of Franciscan generosity, compassion and justice has definitely spread across the world from A to B – Aleppo to Brisbane!!