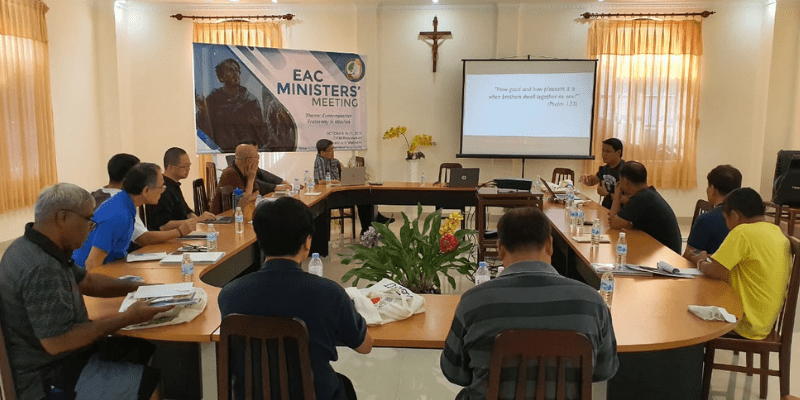 “I will strengthen you; I will help you,
I will uphold you with my victorious right hand”
(Is 41, 10)

The East Asia Conference Ministers and the Justice, Peace and Integrity of Creation Office of the Order of Friars Minor follows with concern and great sadness over the events that followed the coup d’état which began on the morning of 1 February 2021, when democratically elected members of Myanmar’s ruling party, the National League for Democracy, were deposed by the Tatmadaw—Myanmar’s military.

We join the Myanmar people in their struggle for self-determination under a duly elected government. We are united with them in demanding for a peaceful resolution to the military take-over. We are with them in calling for the release of the democratically elected officials of government, of activists, and of the youth. We stand with them in their bid to defend human dignity and human rights.

The images and videos that have been successfully transmitted out of Myanmar portrays the suffering of a people who have long hoped and struggled for co-existence under a democratic rule. We are edified by the witnessing of the Myanmar people for truth and justice. We are humbled by their exercise of charity towards their brethren. We commiserate with their pain, and, together with the many Christians in Myanmar – priests, missionaries, and laypeople – we join them in praying that this period of darkness hovering over their land will soon end.

We implore the Tatmadaw: Behold your sisters and brothers. Behold the long-suffering Myanmar, victims of colonial greed, of oppression, of anger. Let us stop our hunger for blood. Let us desist from letting hatred reign in our hearts. Let us call upon the Lord, who promised to be near his people, so that justice and peace may reign in Myanmar, and the long overdue of reconciliation may begin.

In this process, may the prayer of the Holy Father Pope Francis, who himself was a pilgrim in your land, inspire all of us: “Lord, Father of our human family, move us to create healthier societies and a more dignified world, a world without hunger, poverty, violence and war.” (cf. Fratelli Tutti, 287).

May the God of Peace rest in all our hearts, and dwell in it deeply.