Shemá: Biodiversity, Franciscans, and the Season of Creation: for a present that has a future

That was the title of the virtual seminar offered on September 3, 2022, by the Franciscan, Rome Office of Justice, Peace and the Integrity of Creation.

The first presenter was Paula J. Ehrlich, President and CEO of E.O. Wilson Biodiversity Foundation and Co-Founder of Half-Earth Project.

A Professor Emeritus at Harvard, E.O. Wilson was the greatest living scientist of our time who, up until his recent death, spoke about the urgent need for broader research and understanding of our biodiverse planet in order to protect key species and avoid unintended destruction of the ecosystems. The E.O. Wilson Biodiversity Foundation and the Half-Earth Project, which are based in Durham, North Carolina, seek to slow and halt the degradation of the natural world through biodiversity research, mapping the biodiversity hotspots around the world, and inspiring collective action to save our common home.

Ms. Ehrlich highlighted the mission of her organization while noting that Pope Francis has recently urged, too, that at least half of the earth and the oceans needed to become protected areas by 2030:

Paula has expressed hope that the newly began partnership between her organization and the local Franciscan parish in Durham, North Carolina can serve as an example to other faith communities and demonstrate how to foster in children and youth the knowledge of and the love for God’s diverse creatures.

Another presenter in the Franciscan webinar was Brother Erlison Campos, OFM from the Custody of St. Benedict of the Amazon. He was born and raised in a quilombo (community for descendants of slaves) in the Amazon region of Brazil. He was a missionary among the Indigenous People Munduruku and is currently studying at Catholic Theological Union in Chicago.

Br. Erlison spoke about how the Franciscans in the Amazon region continue to respond, under very challenging circumstances, to the cry of the poor and the clamor of our mother earth. The Brazilian friar lamented how the large-scale logging, gold mining, and agrobusiness operations push the Amazon ever closer to its critical tipping points. And yet, strengthened and inspired by the Holy Spirit, he thought, we can become powerful prophets of hope and agents of revitalization.

The third presenter was Rosa Maria Ruiz, a Bolivian environmentalist whose close collaboration with the Franciscan friars stretches back over fifty years. Her amazing organizing work among the indigenous communities has led to the establishment of Madidi National Park. It is considered to be one of the most biodiverse areas of our planet. There are more species of birds in Madidi National Park than in the combined territory of the United States and Canada. Rosa Maria spoke about the current challenges and pressure on land and its people exerted by the powerful interests. In addition to the webinar presentation, you can find out more about Rosa Maria’s work from HNP article published in 2009:

At the end of the webinar, Jacek Orzechowski, OFM offered a few suggestions for a faith-inspired action.  Besides the need to embrace a more sustainable life-style and develop ecological spirituality, it is imperative that we engage in climate justice advocacy. For example, the Immaculate Conception Church in Durham, N.C. has just endorsed a global campaign called: Fossil Fuel Non-Proliferation Treaty.

During Season of Creation, the parishioners will learn why all new exploration and production of coal, oil, and gas must immediately end, and existing production of fossil fuels must be urgently phased out.

Pope Francis in his Laudato Si’ encyclical reminds us that love has social and political dimensions. In order to effectively tackle the biodiversity and climate crises, we must redouble our efforts to heal our political systems, protect democratic processes and institutions. The upcoming elections in Brazil and the midterm elections in the United States will be extremely consequential in that regard.

Furthermore, the Franciscan Action Network is organizing around environmental racism through its upcoming virtual seminars:

Franciscan-hearted people can continue to spearhead energy transitions in their local churches as it was done last week at the Immaculate Conception Church in Durham, N.C. (see the attached photo).

Member of the JPIC Animation Committee of the Franciscan Order 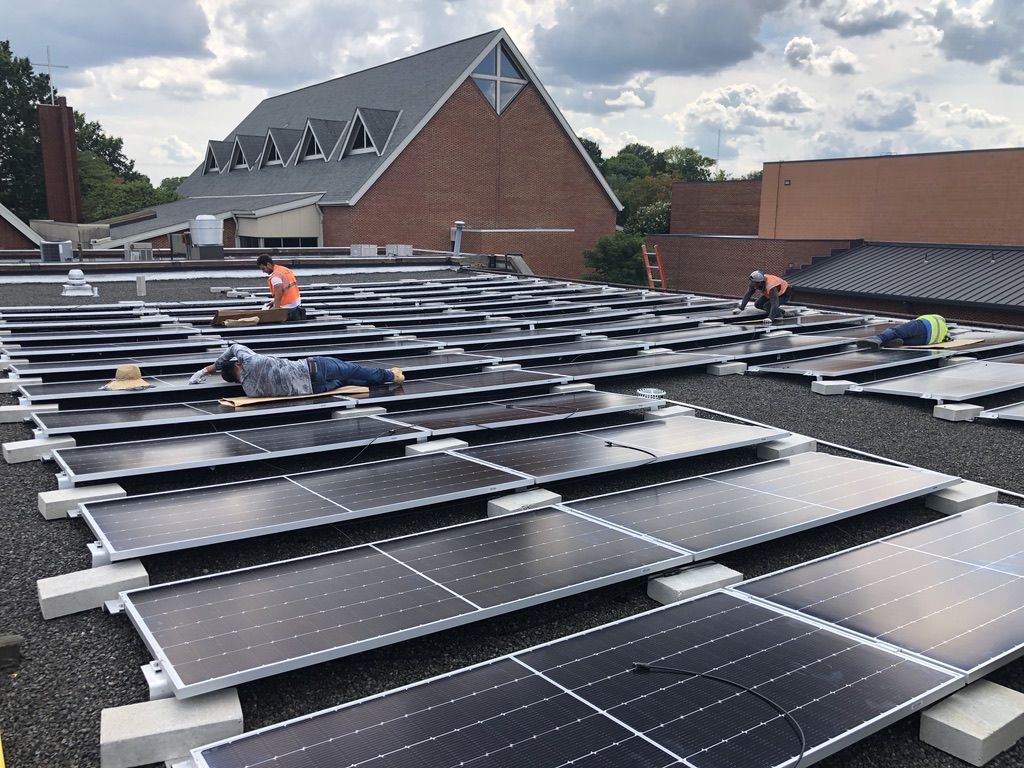