Pilgrimage to Damietta for the Franciscan Spirit of Dialogue 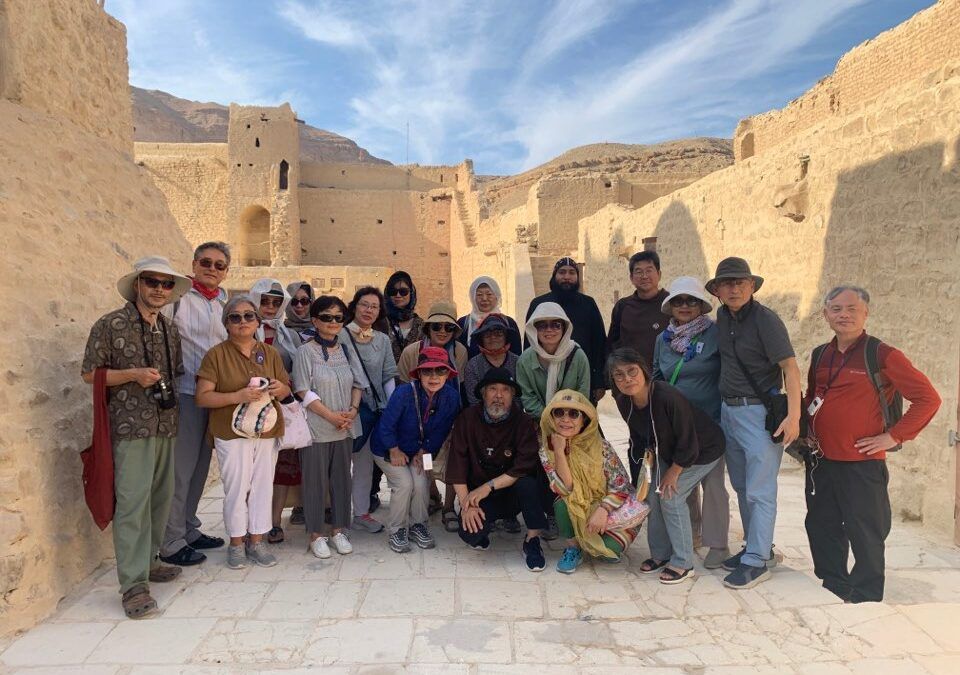 “Precisely in the field of dialogue, particularly interreligious dialogue, we are constantly called to walk together, in the conviction that the future also depends on the encounter of religions and cultures” (Address of His Holiness Pope Francis to the participants in the International Peace Conference, Cairo, October 2017).

The Commission of the Korean Province for Ecumenical and Interreligious Dialogue has organized a special pilgrimage to Egypt for October 2 – 15. It was to commemorate and celebrate the 8th centenary of the encounter of St. Francis with the sultan al-Malik al-Kamil in Damietta, Egypt and to try to find a way to make its significance and meanings alive in today’s world. With the title of “East of Eden – by the riverbank of Nile,” the program of the pilgrimage also includes eight lectures on ecumenical and interreligious dialogue and Franciscan spirituality for the last 7 months. 17 Franciscans (4 Friars Minor and 13 Secular Franciscans) and three other members have participated in the whole program.

Started from Cairo, the pilgrimage went on to Alexandria, Damietta and Luxor, etc. The participants have visited St. Paul Monastery and St. Anthony Monastery where the religious lifestyle of Christianity initiated for the first time, several other monasteries of the Coptic Church like that of St. Pachomius, the mosque in Damietta where one could sense the memory of the 800 years old encounter and other historical sites that made us recall the refuge of the Holy Family in Egypt. We have celebrated Holy Eucharist not only at the Franciscan fraternities but also at the shrines of the Coptic Church and even in the middle of the Egyptian desert.

Throughout the pilgrimage, all the participants have prayed for the genuine Peace in the world, keeping in mind the fact that today’s world needs the interreligious and intercultural dialogue and that our vocation lies in the fraternal attitude of openness that shines through in the life of Jesus Christ and St. Francis.