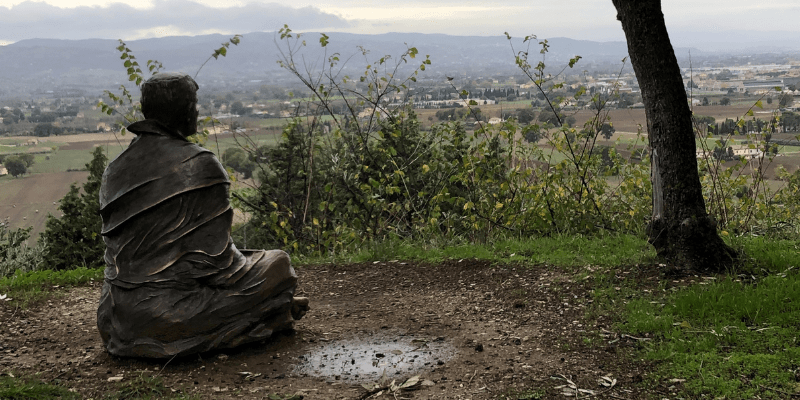 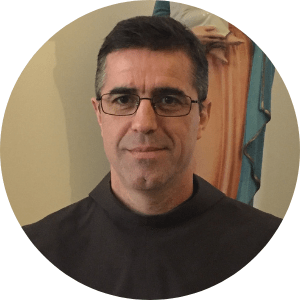 Vice-Secretary for Formation and Studies

The Encyclical “Laudato sì” draws some important insights from the life of St. Francis of Assisi. Specifically, we find a strong relationship with his “Canticle of the Creatures”. The present Pope remembers, that St. Francis with his beautiful song “Laudato sì’, mi’ Signore”, warned us that our common home is also like a sister, with whom we share our existence, and like a beautiful mother who welcomes us in her arms.

The Encyclical points to a clear relationship between Saint Francis and nature. It underlines what is said about Saint Francis today, that he is known as the protector of nature, of the environment, of creation. But, reading the Writings and Biographies, one notices that Francis did not directly commit himself to save nature and did not make himself its protector. In his time, nature was not in danger; it was not exploited by unbridled and irresponsible progress, as often happens today. Francis, first, loved God. His love for everything that the good God created arises from this love. Everything is the creation of the heavenly Father; everything gives glory to the Father. Therefore, not only the human being but also all creation is “sister, brother, mother”.

In this sense, the Encyclical points out a typical feature of Francis. The novelty that he introduces with his behaviour towards creation is that Francis uses the name of brother and sister for all creation, not only for man or woman; this, no one had ever done before. If it is understandable to call a man or a woman brother or sister, in what sense is this word used for all creation?

Francis lived a cosmic fraternity, assuming a relationship with the characteristics of brother and minor towards the whole cosmos; he insists on the attributes of brotherhood and minority towards the whole of creation. Therefore, concluding one of his prayers, the Salutation of the virtues, he speaks of obedience that places us in a relationship of submission not only to each person but even to animals[1].  Thus, the fraternal and minor relationship, which characterises Francis, becomes a universal attitude which extends to every creature. As the Encyclical says, “He shows us just how inseparable the bond is between concern for nature, justice for the poor, commitment to society, and interior peace”. (LS, 10). “Everything is interconnected, and this invites us to develop a spirituality of that global solidarity which flows from the mystery of the Trinity”. (LS, 240).

It follows then that creation can never be treated as an object, which is only used, consumed and discarded. God’s creation, like man and woman, cannot be scrap, because scrap degrades the quality of life in general, human relationships and world fraternity. In fact, according to the Encyclical, Saint Francis “opposes” the style of discarding, with a different kind, that of welcoming. He has a style that welcomes everyone as brother and sister in a single fraternity or an undivided family. Remember that Pope Francis, during the lock-down for the pandemic, in a deserted St Peter’s Square, said that we are all “in the same boat” and that, to save the boat, we must all commit ourselves or we will all die).

Therefore, the harmony that St Francis lived with all creatures is also interpreted as a healing of the original harmonious relationship between God, human beings and nature that was ruptured from the beginning, according to the first pages of Genesis (cf. Gen 3:17-19). The Encyclical states: “The human person grows more, matures more and is sanctified more to the extent that he or she enters into relationships, going out from themselves to live in communion with God, with others and with all creatures”. Therefore, “a true ecological approach always becomes a social approach”. (LS, 49).

This relationship between God, man and creation creates the true sense of integral ecology. Integral means that it is a fundamental but also complex relationship. Because of this necessity and complexity, the Pope calls for the creation of an interdisciplinary network to address the current ecological problem in the right way. It cannot be limited to a single level, perhaps only the technical-scientific one. The perspective of integral ecology concerns all levels, from the theoretical to the social, organisational, relational and design levels. Ecology is integral because it involves not only the natural environment but also human society, the economy and politics, which are closely connected.

This is precisely what Francis perceived in his Canticle. The first part of this text praises God for the creatures. But, he then adds a verse that speaks of “those who forgive for your love” and those who “sustain infirmity and tribulation”. In other words, humanity reconciled in justice and peace. Finally, he comes to praise God even for death. This is a genuinely integral vision: there is creation, but there is also humanity with its history of division and reconciliation, suffering and peace, and there is even death. Francis of Assisi had well understood this interweaving of different levels that Pope Francis expresses with the term integral ecology…

Finally, his love for creation is practical, essential and fraternal, not theoretical. Our choices and our lifestyle, both with man and nature, should also be like this: not only idealistic or romantic but capable of practical choices.

[1] “so that it is subject and submissive to everyone in the world, not only to people but to every beast and wild animal as well that they may do whatever they want with it insofar as it has been given to them from above by the Lord”. SalV 16-18