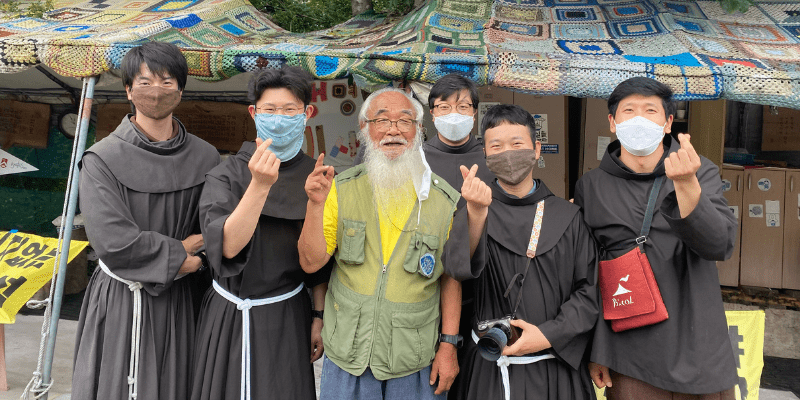 Korea OFM JPIC commission visits places where justice, peace and integrity of creation have been disrupted, every year with our brothers in the first year of simple profession.

This year, we organized a dark tour to the sites in Jeju island, where ecology and the peace are being disturbed. Geopolitically, Jeju island is regarded as one of the most important places in the hegemony struggle between the U.S and China.

The Jeju naval base, together with Pyeong-taek military base, Gun-san air base and Okinawa island, is a strategic military point to block China’s coast. The U.S is pushing ahead with the construction of a second airport of Jeju due to the need for a military airport.

In the island, serious ecological destruction continues to take place by different developments, along with the expansion of military bases in Jeju. Not only the reckless developments in the coastal areas but also indiscriminate wind farm projects for large companies’ profits threaten the lives of the local people and the indigenous animals and plants in Jeju. The destruction of ecosystems for satisfying human desire must stop now. 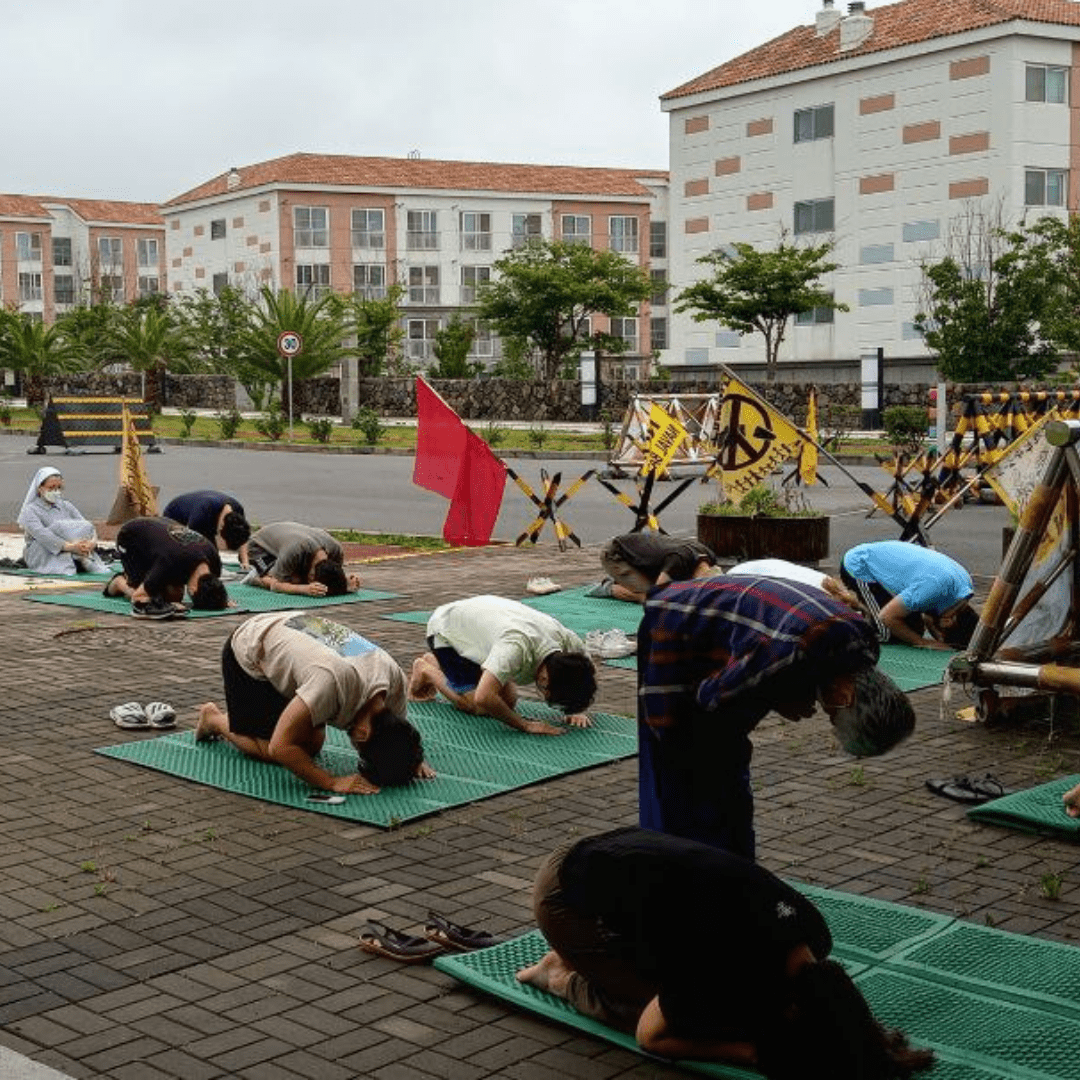 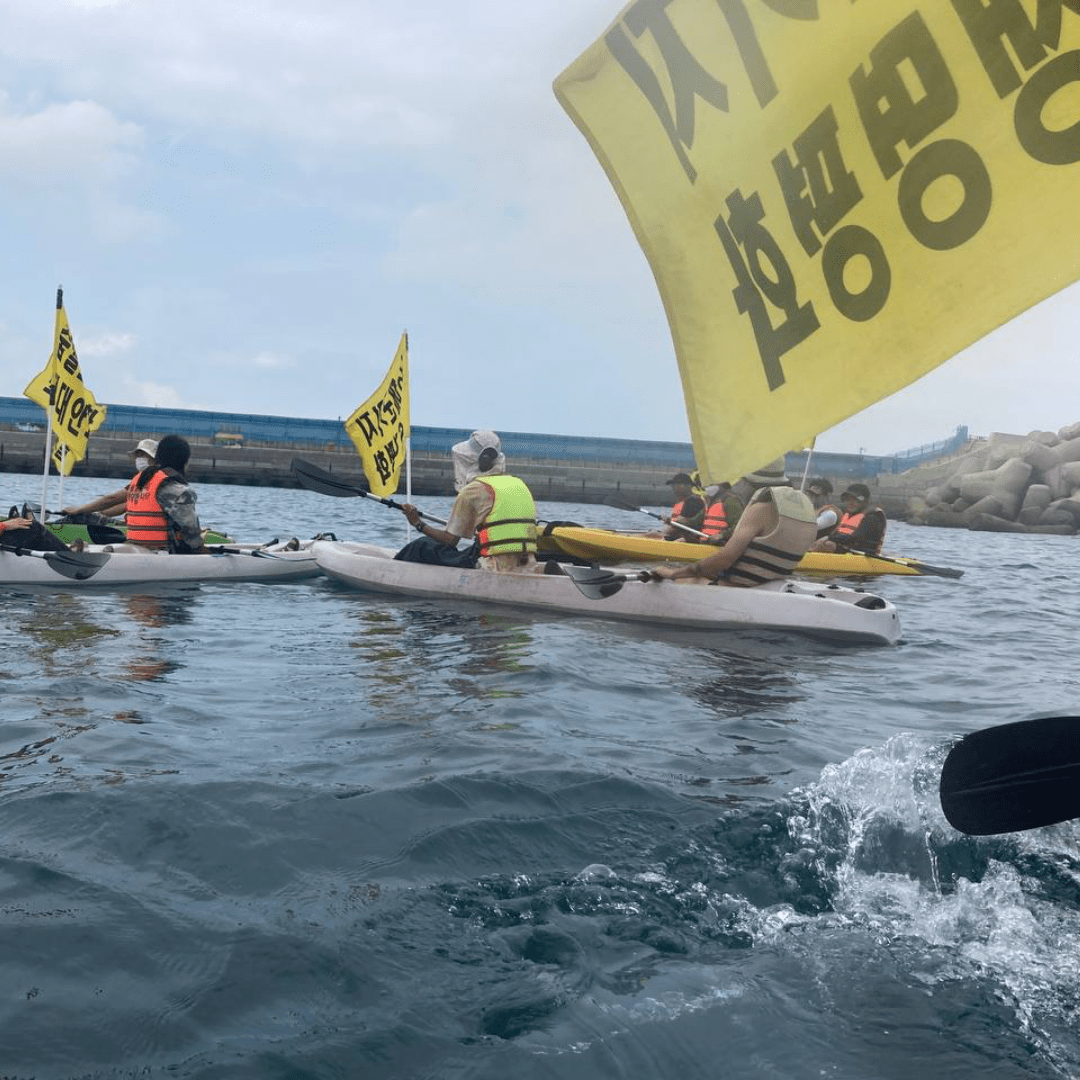