Croacia, VIII Anniversary of the Meeting between St. Frances and the Sultan 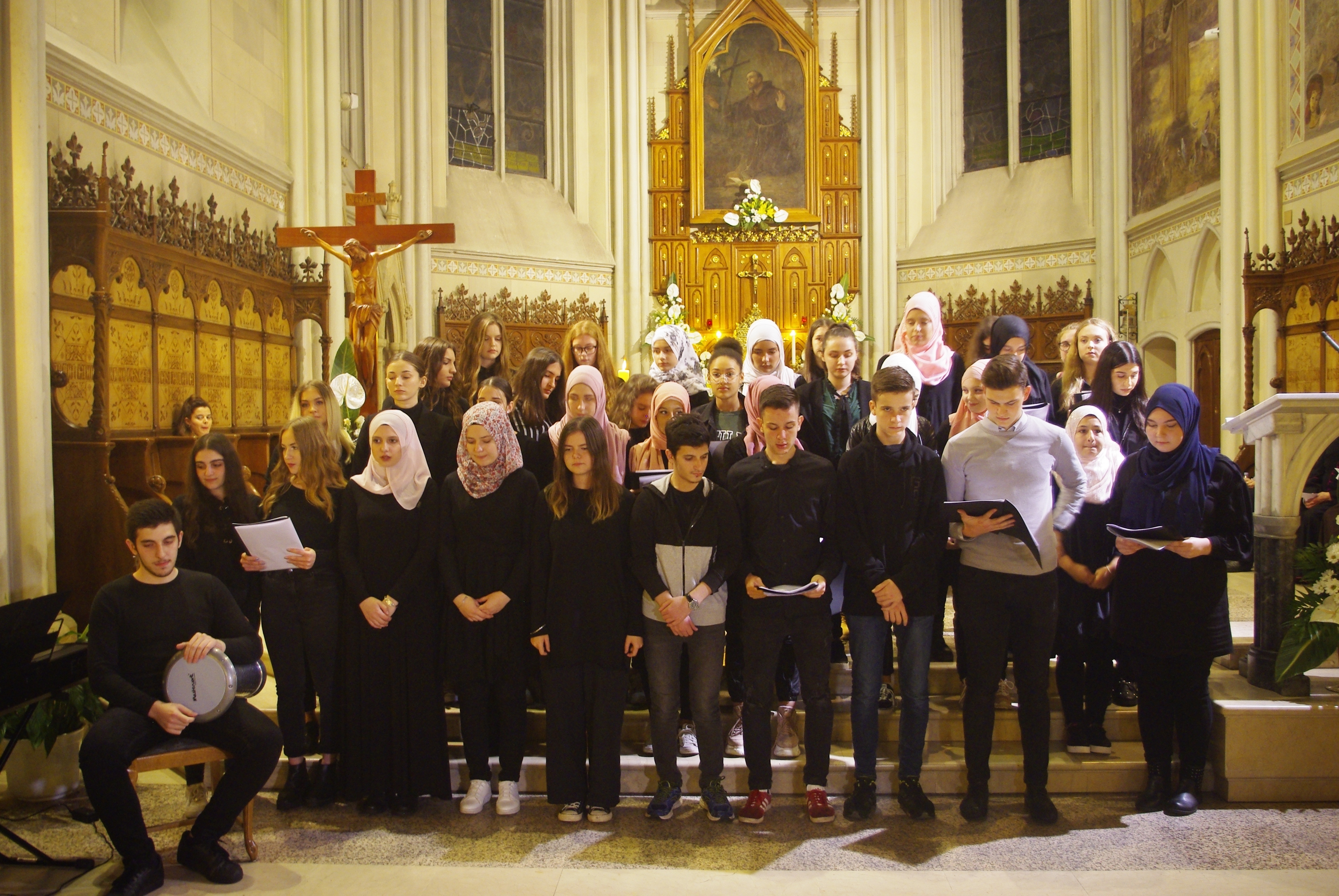 The 800th Anniversary of the meeting between St. Francis and the Sultan Malek al-Kamel was celebrated in the capital of Croatia, Zagreb, and in Split, which is the second-largest city. It was remembered and celebrated in Zagreb, 28 – 29 October and in Split, 24 – 29 November.

Exhibition. At a two-day program in Zagreb (28 – 29 October) there was an exhibition of 50 works of art. They were first presented at the Islam Centre in Zagreb, and afterward at the Franciscan Friary at Kaptol, Zagreb. It is the same exhibition which was first exhibited at the Sacred Convent in Assisi 2019 and afterward in several other countries. It includes artifacts from the 13th to 21st century, from several European countries, including the Holy Land and the USA, featuring famous artists from Gotto to Marko I. Rupnik. The original exhibition has been supplemented by reproductions of two frescos from a chapel at the Franciscan friary at Kaptol in Zagreb. It attracted a lot of interest. After three weeks in Zagreb, it was presented in Split from the 24th of November to the 14th of December.

Round tables.  The first-round table, with the theme: From the Meeting of St. Frances and the Sultan to the Declaration of human brotherhood (Pope Frances and the great Imam al Tayyb, Abu Dhabi, 2019), took place at the Islamic Centre in Zagreb. Three scholars participated: Mufti Aziz Hasanović; Historian Danijel Patafta, OFM; and Prof. of Religions at the University of Zagreb, Tomislav Kovač. They elaborated on the historical encounter of St. Francis and the Sultan, as well as the historical and modern importance of that event, drawing a parallel with the significance of the initiative by pope Frances on the Declaration of human brotherhood.  Around a hundred and fifty people attentively participated in the talks.  Along with representatives of all the relevant religious communities, the Apostolic Nuncio to the Republic of Croatia, Msgr. Georgio Lingua also took part. The event at the Islamic Centre in Zagreb ended on the first day with a meal organized by the Muslim community.

The second-round table meeting on the theme of Contemporary Persecutions of Christians and Interreligious Dialogue was organized at the Franciscan friary Gospa od Zdravlja, in Split, on November 29th. The participants were – Mrs. Mariana Petir, former MP at the EU Parliament, Tomislav Kovač, Zagreb and Ante Vučković, OFM, Split.  They highlighted the fact that most persecuted believers in today’s world are Christians and that this should motivate fellow Christians in particular, to be more active in protecting the most vulnerable groups in society and encourage a more intensive interreligious dialogue

The Play “Temptations”. Franciscan students from Sarajevo presented a drama written by a Muslim writer Dževad Karahasan – “Temptations of fra Anđeo Zvizdović”, both at the Islamic Centre in Zagreb, as well as in Split. The production was lauded for its very high level of proficiency. The drama evokes a historical event in Bosnia in 1463, namely, that the provincial of the Franciscan province of Bosnia, fra Anđeo Zvizdović, who was faced with a dilemma, as to whether to encourage the people to flee before the Ottoman occupation or to look for ways to coexist. He then met with the great Sultan Muhammad II, who conquered, Bosnia, at Fojnica, in 1463.  He acquired the Aghdnama (a document given by the emperor, which is now kept in the Franciscan Museum in Fojnica) in which the Sultan protects the rights of the Franciscans to be pastors to the Christian population. For this reason, over the centuries, Franciscans had been the only Catholic clergy and religious in Bosnia.  It was also a pivotal decision for the survival of a Christian population in those areas for centuries. That somewhat controversial decision by the provincial Zvizdović in his time, and even today (due to consequences of the recent war between Muslims, Orthodox Serbs and Catholic Croats in Bosnia), is in a way of repetition and actualization of the meeting of St. Francis and the Sultan in 1219. This most likely helped the Franciscans in the Middle East to maintain custodial services in the Holy Land up until the present time.

Interreligious prayer meeting. Since the whole celebration was carried out on the occasion of the annual interreligious dialogue meeting in the “Spirit of Assisi”, all the representatives of the different religions in the Republic of Croatia took part in this prayer for peace. It was celebrated at the Franciscan church at Kaptol in Zagreb, 29th Oct. The church was packed to capacity. At the end of the celebration, participants were invited to look around the exhibition and to participate at the common meal, prepared by the local OFS at the Friary.

All the events were organized by the Franciscan Institute for the Culture of Peace, Split, Croatia, together with the local OFS of Zagreb, and were well covered by the national and other media. 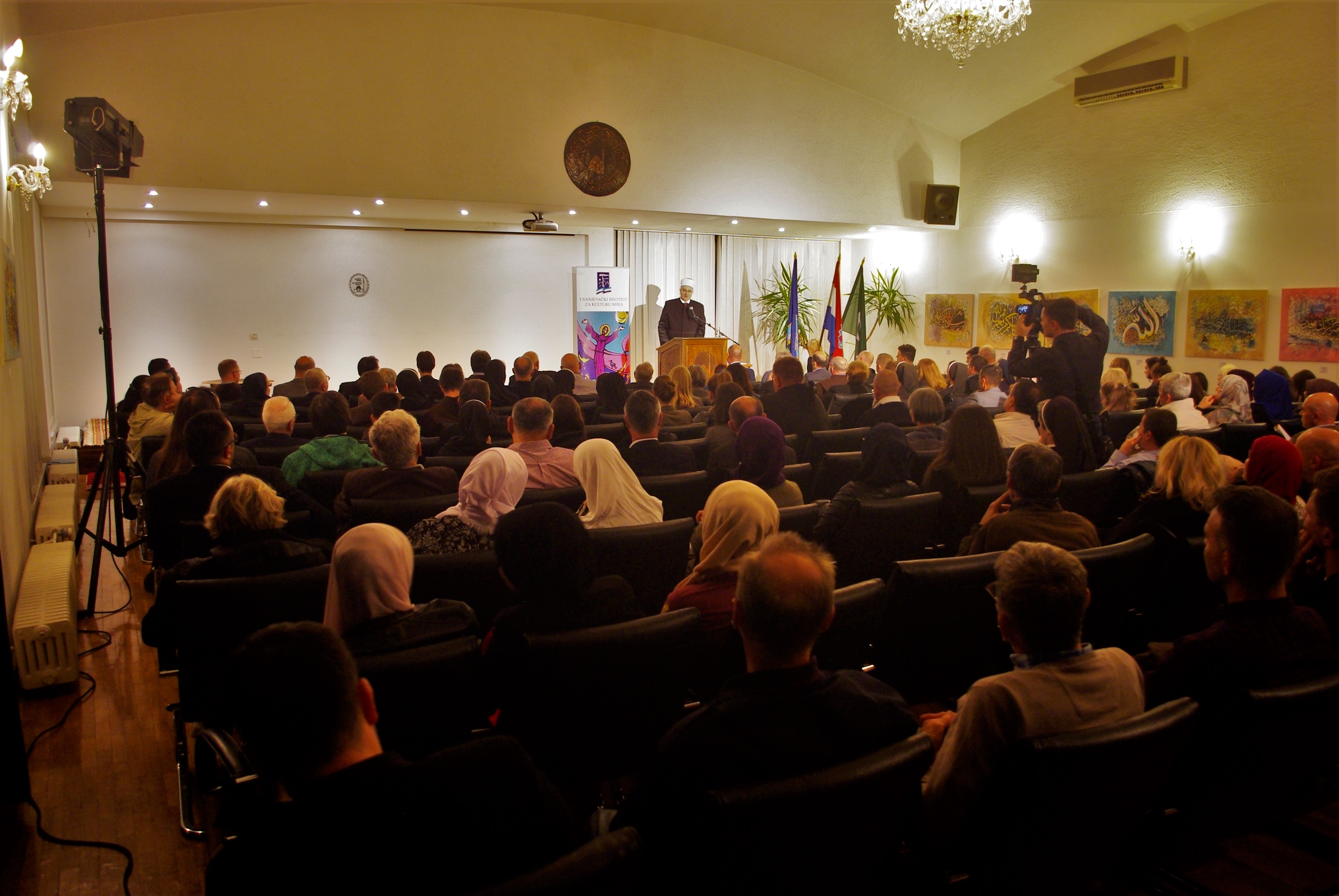 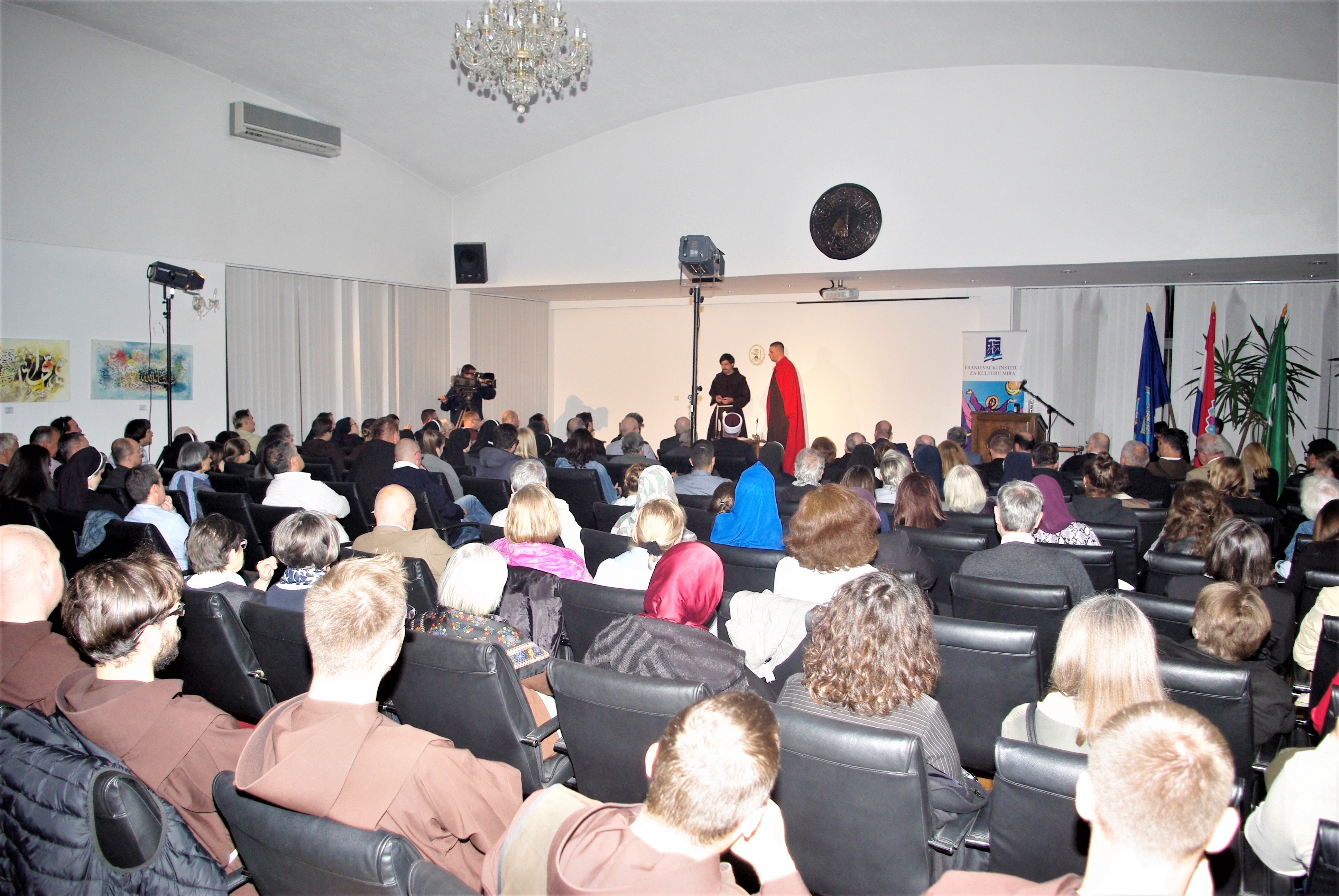 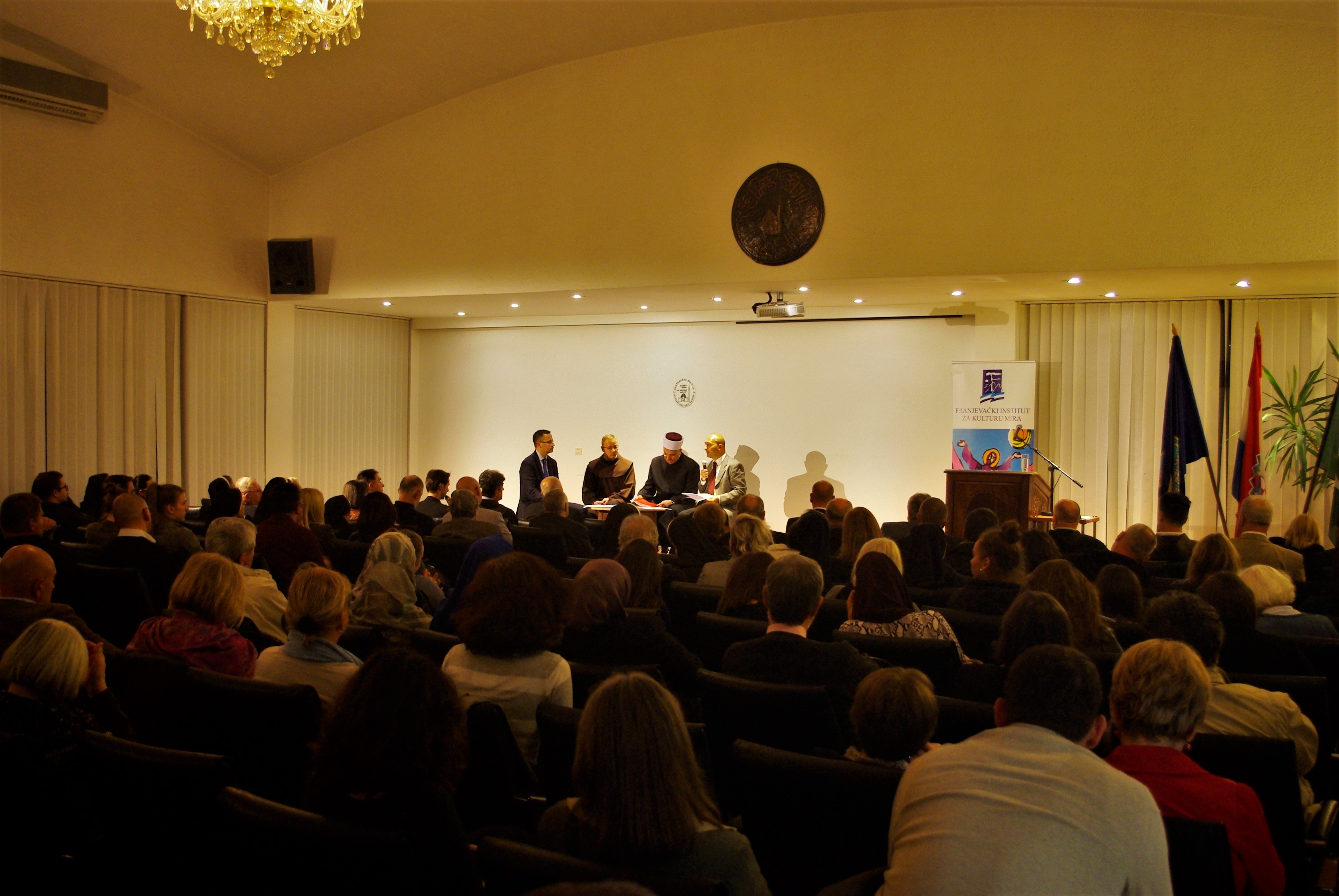