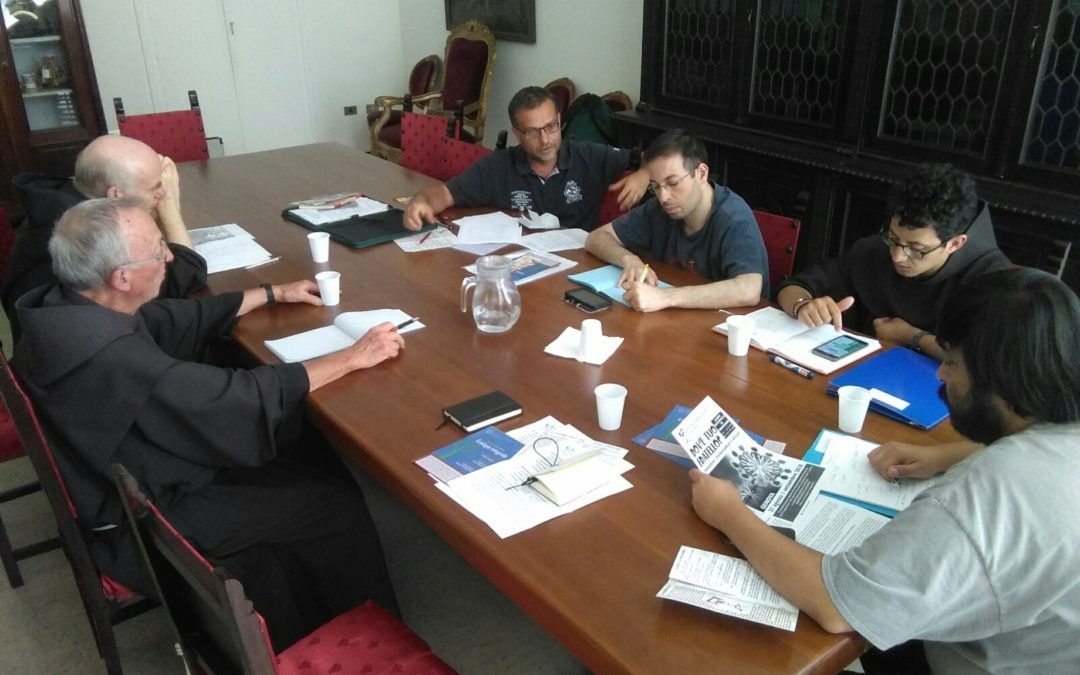 The second GPIC assembly of the COMPI was held on June 19 and 20, 2018, at the Antonianum in Rome. It was a moment of confrontation that the various delegates had for the work done in their entities, but above all, an opportunity to plan the initiatives of the year 2018-2019.

The Dean of the Theological Faculty of the Antonianum University, Br. Giuseppe Buffon and Br. Jaime Campos, director of the general office of JPIC of the Friars Minor, have been with the assembly.

The assembly accepted Professor Buffon’s request to participate in the two initiatives planned for the year 2019, initiatives that aim to celebrate two significant anniversaries for our Order: the fortieth anniversary of the proclamation of St. Francis as the patron of ecology and the Eighth Centenary of the meeting between St. Francis and the sultan.

Among the many initiatives designed for the year 2018/2019, the most interesting one is the construction of a Mediterranean network aimed at countering the culture of exclusion and hatred. The network would be a sign of a culture of encounter and also includes intercultural exchanges among the young people of our realities. The JPIC general office will work together to carry out this project.