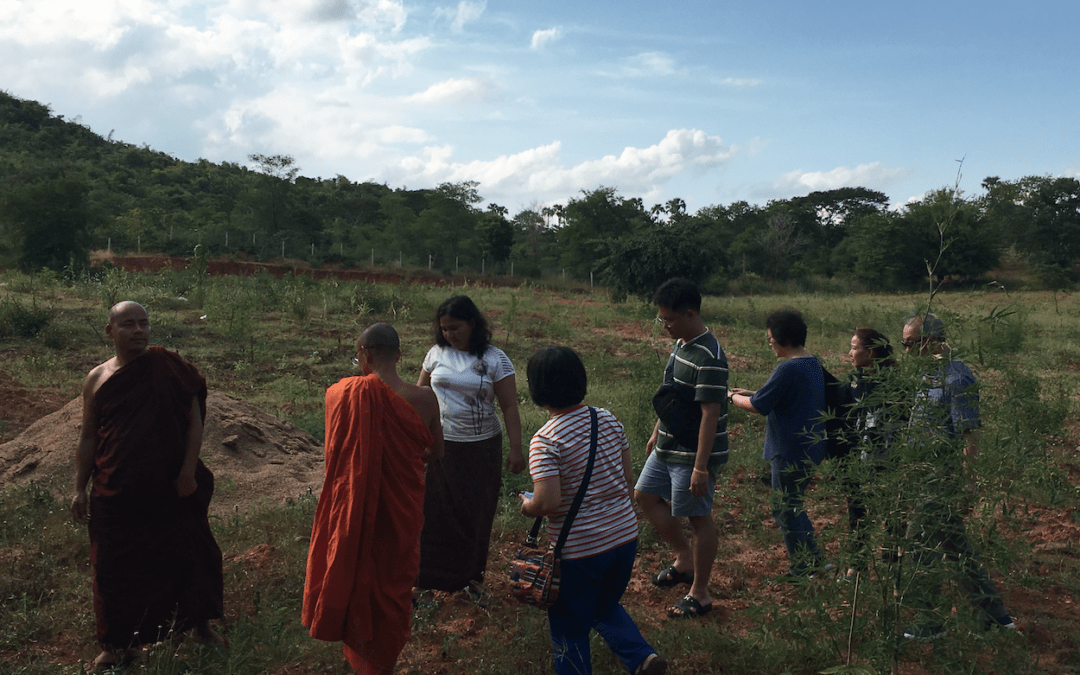 The JPIC Commission of the Province of the Holy Martyrs of Korea has participated in the “Climate Pilgrimage to Myanmar” on Nov 5 – 12, 2019. The event was planned and conducted in collaboration with the Interreligious Climate and Ecology Network and Green Asia. The delegation that consisted of both Catholic and Buddhist priests and activists has visited Bagan, Inle and Yangon, mainly the arid central region of Myanmar.

Myanmar is one of the most vulnerable countries to climate change, not only in Asia but also worldwide. According to the German Watch’s 2019 Global Climate Risk Index, Myanmar has been the second most vulnerable country to climate change in the last two decades, from 1998 to 2017, after Puerto Rico and Honduras. Therefore, climate adaptation is crucial in Myanmar. The government is taking measures to adapt to climate change, such as building early warning systems through improved weather observations, developing drought-tolerant crop varieties, managing water resources, and reforesting.

According to the Myanmar Information Management Unit (MIMU), there are 99 international NGOs and 23 UN organizations operating throughout Myanmar, while 47 international NGOs and 10 UN organizations operate in the central drylands only. In Korea, the Korean International Cooperation Agency, the donor government’s aid agencies, and Green Asia are active. Green Asia, in particular, has been working in Myanmar’s dry areas since 2013 and is focusing on the issue of desertification.

It was the first climate pilgrimage prepared by the OFM JPIC Commission of the Korean Province, Green Asia, and ICE-Network since last year. The global climate crisis is already happening in the world. It’s evident when we look at wildfires in forests and droughts. And the poor and the vulnerable are crying out for immediate action for justice. However, there is no consensus in Korea on the issue. The Korean governments and the people are either ignorant or neglecting this global problem. People are struggling to survive in a fierce competition to acquire more economic prosperity rather than to feel the responsibility for the disasters, even though they are responsible for massive carbon emission and the climate crisis.

Throughout the climate pilgrimage, we felt the urgent need for the South Koreans to pave the way for building up the relationship of solidarity and visit Southeast Asia and other climate-damaged areas. The Korean government and corporations should no longer emphasize only individual actions for the environment to their citizens but should enact legislation that promotes major industrial transformation. And the religious communities have to get out of the doctrinal debate and be concerned with environmental issues with other religious traditions. Otherwise, the climate crisis cannot be solved. Above all, the Church should put time and energy into becoming an ecological community. Next year, the members of the JPIC Commissions of the Korean and the Japanese Provinces will make a pilgrimage to Thailand. Let’s pray together that the religious leaders may see the reality of the climate crisis directly, understand the gravity of the problem as it is, and take concrete climate actions in their respective communities and societies.