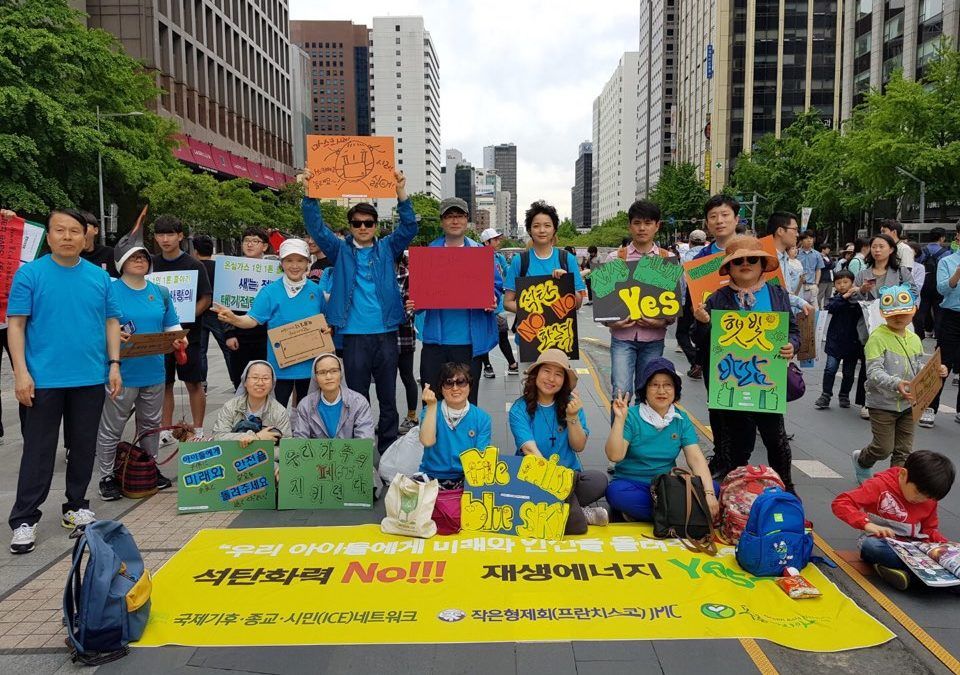 The JPIC commission is holding a series of the seminar with the movie screening to raise consciousness on climate change among the public in collaboration with some NGOs, e.g., ICE network (Inter-religious Climate and Ecology), Green Asia, etc. This monthly seminar/movie screening started in May 2018. The OFM JPIC commission has a partnership with ICE Network, which is a Pan-Asian platform of 90 NGOs of 17 Asian countries for reduction of poverty, inequality, and climate vulnerability, organized in 2017, Seoul. One of the representative directors is a Franciscan friar.

Starting with an American documentary, <Disruption> which contains the warning messages from global climate change toward the human, the list of films goes on <Before the Flood>, <Sizzle: A Global Warming Comedy>, and <Voice of Transition>. After the one-hour movie screening, there follows a talk on the theme of the film by a climate specialist and Q&A session with the audience. The Cine-Talk program gave a good opportunity to environmental NGOs and civil activists to reflect on the countermeasures to the climate crisis in solidarity with people on the ground.

The JPIC commission along with ICE Network is planning to produce a documentary film on the ground reality of the climate crisis in Korea with the help of crowdfunding. The commission is working on this issue because climate change is an ethical and religious problem. It can’t be justified because it’s caused by the irresponsibility and greed of our generation and it’s the future generation that will get harmed by it. Since it’s the reckless human greed and desire that threaten the life of the other species and 70% of the global population has religions, we need to remind the whole faith community that they have environmental/ecological responsibility. It’s obvious that the faith community has to cooperate with the civil society to act effectively for climate justice. The civil society could provide creative and concrete ways to religious communities. We hope that our collaboration could be a good example.