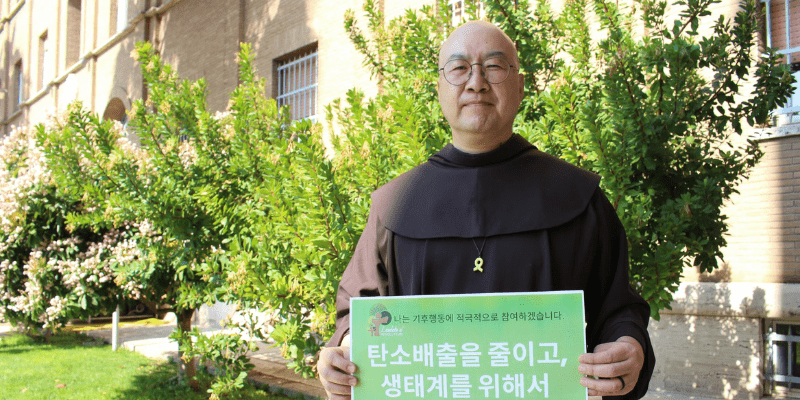 It is with great joy to inform you that our Br. Rufino Lim, OFM, the current Assistant in the JPIC office in the General Curia was elected Vicar Provincial of the Province of the Korean Martyrs last October 6, 2020 at the Jeongdong Monastery in South Korea. He was elected with Br. Kim Sang-wook, OFM as Minister Provincial; Br. Moses Kim Il-deuk, OFM; Br. Andrea Hwang Ji-won, OFM; Br. Basilio Heo Jung-min,OFM and Br. Peter Kim Hyun-seok, OFM as provincial definitors.

Br. Rufino worked in the JPIC office in many capacities, talents and skills. He begun working in the office last April 3, 2016, as he also participated in the annual JPIC course at the Antonianum. Br. Rufino was working as JPIC animator in Korea. He got involved not only in JPIC animation but also in many issues such as anti-military base movement, peace march, anti-nuclear power plant movement, national park preserving movement, climate change(participating in COP21 Paris), and working in solidarity with the victims of Sewol ferry disaster which happened in 2014. As he assumes his new ministry as Vicar Provincial of his province he will be leaving the office with all the wonderful works that he contributed. The office would like to thank him for his four years of hard work and efficiency in bringing the JPIC mission and spirit alive. Thank you and may the Lord bless you Br. Rufino!

With the departure of Br. Rufino in the office. The minister general, Br. Michael Perry, OFM and the general definitory nominated Br. Angelito Andig Cortez, OFM of the Province of San Pedro Bautista in the Philippines to serve as the Vice-Director of the JPIC Office in the general curia. The said nomination was made during their session last December 15, 2020.

Br. Angel is currently a member of the JPIC Animation Committee of the order. He is also the JPIC animator of their province and the OFM East Asia Conference. He is the chairperson of the Franciscan Solidarity Movement for Justice, Peace and Integrity of Creation. He serves as the Executive Secretary and National JPIC Coordinator of the Association of Major Religious Superiors in the Philippines. He is very active in the Ecology, Laudato Si and Climate Change advocacy as he leads the Ecological Justice Interfaith Movement and Fellowship for the Care for Creation Association. He works closely with the Franciscan International in Geneva collaborating for Human Rights lobby work in Human Rights situation in the Philippines during the 42nd, 43rd and 44th United Nations Human Rights Council.

The office would like to thank the Province of San Pedro Bautista headed by Br. Cielito Almazan, OFM and his definitory for allowing Br. Angel to work for the office. Good luck and God bless you Br. Angel as you embark another chapter of your life as a friar minor. 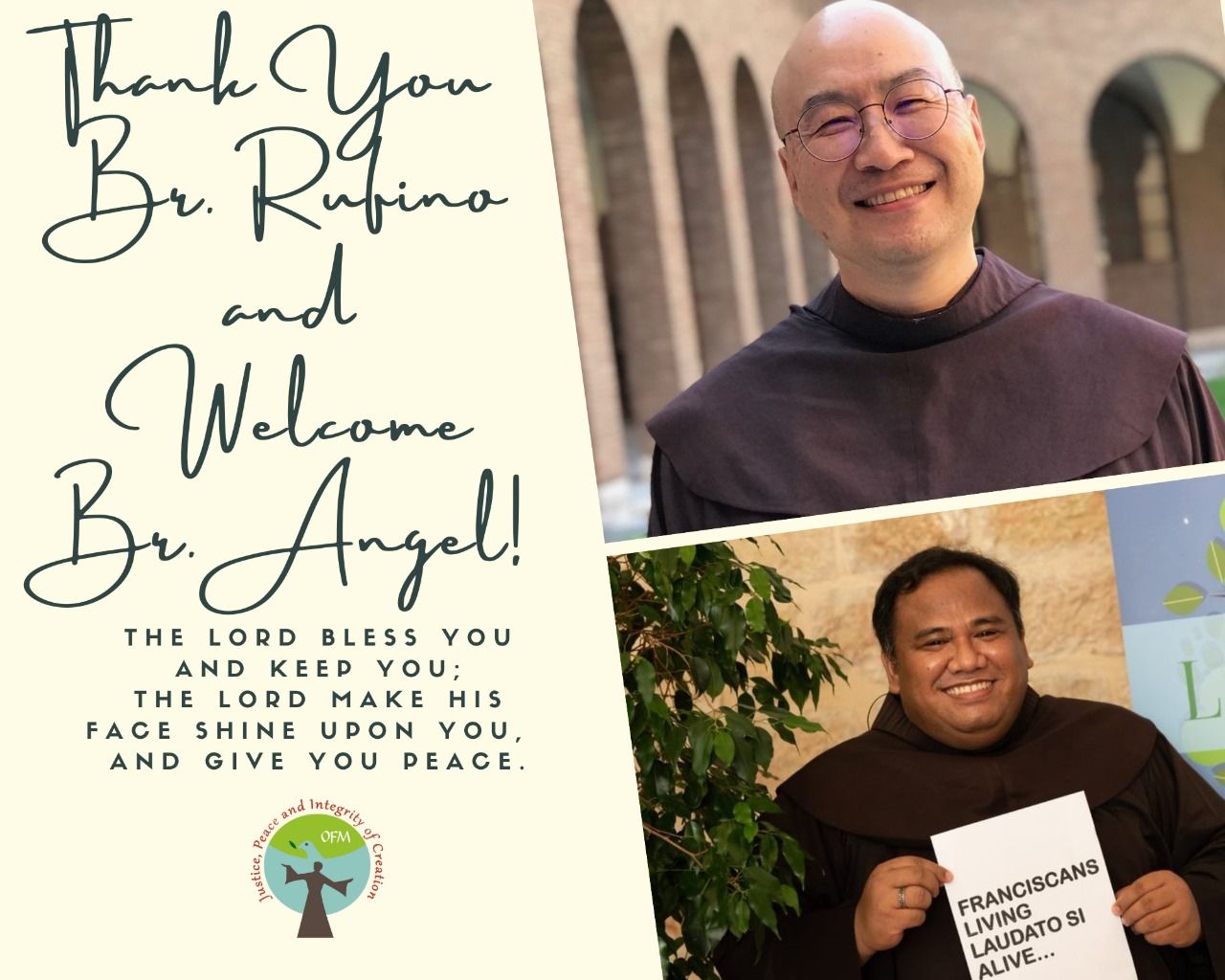