Presentation of a book, “Todo Está Conectado. Integral Ecology and Communication in the Digital Age.” 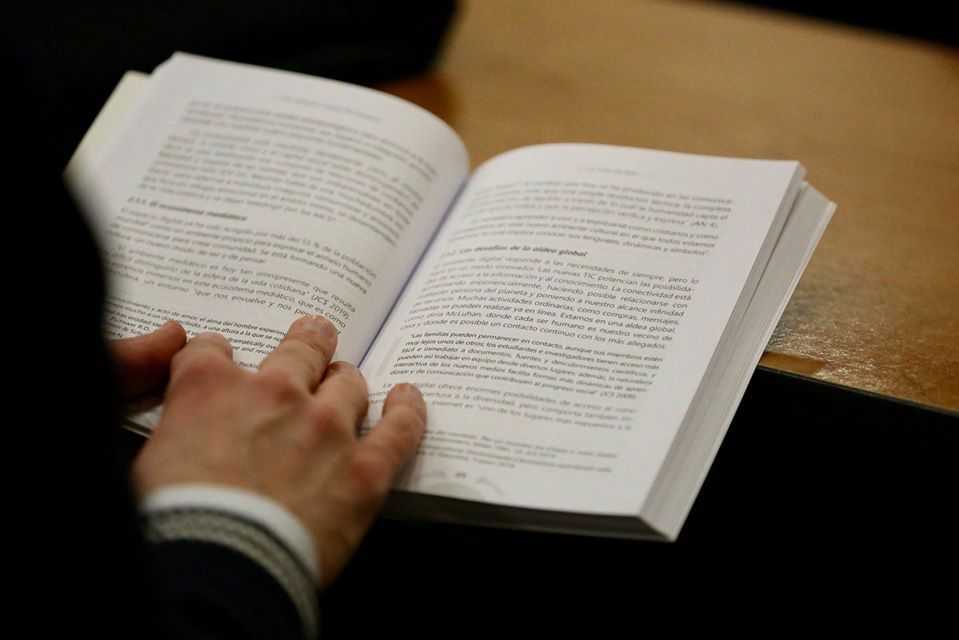 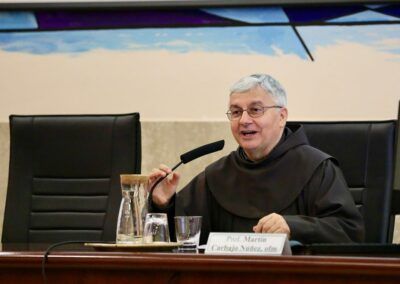 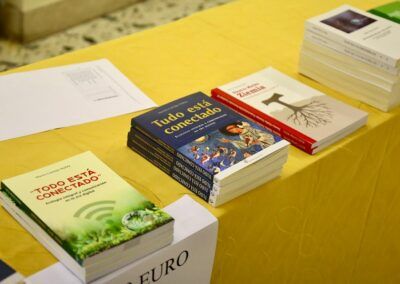 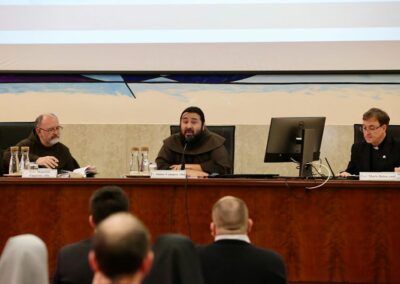 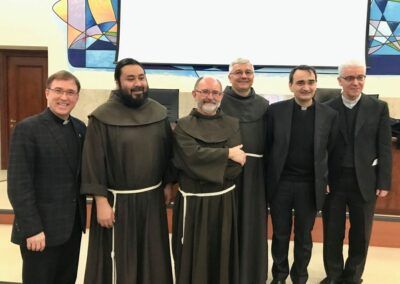 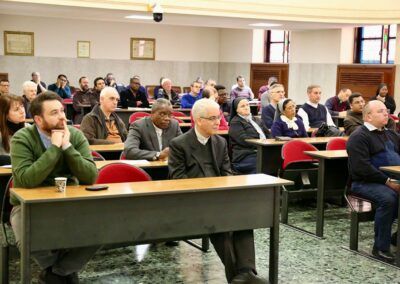 “Todo está conectado (Everything is Connected).” It is the title of the book by prof. Martín Cabajo Nuñez, OFM, presented on February 27 in the Aula Magna of the Alphonsian Academy. Prof. Jules Mimeault, C.Ss.R., Vice-Principal of the Academy, recognized that this title expresses not only a theme that is a recent trend but also a commitment that makes us think about ecological issues.

Prof. Mario Boies, C.Ss.R., moderator of the meeting, spoke of the joy of being online, a topic raised by this new book. Prof. Maurizio Faggioni, OFM, and Br. Jaime Campos, OFM, were the two speakers at the presentation. Br. Jaime showed the experience of a Facebook page that works on the web for the good of the whole network, that is, a social media that becomes a privileged place to reduce distances and encourage dialogue. There is a group of young people on the internet called JPIC-Media (Justice, Peace, and Integrity of Creation). According to the words of prof. Maurizio Faggioni, everyone in the group promotes “the life of the network and the network of life” on the internet.

Faggioni repeatedly emphasized that the book offers us the opportunity to reflect on two very different realities: the biosphere and the “mediasphere.” In other words, this book invites us to think about the two ways that constitute human existence. “The network,” Faggioni continued, “is a mode of human activity, a way of being with the other. The starting point is the Franciscan perspective: communion and harmony, therefore, a holistic vision of reality.” In this sense, Faggioni continued, “Awareness becomes to take care of oneself and the relationship with others, of others and nature.” The book is the second in a trilogy, which began with Sister Mother Earth and ended with St. Francis in the digital age. The book is composed of three parts, which correspond to the method: “see, judge and act.” Each part is divided into two chapters, each quadripartite into sections (God, self, the other and nature).

It is an excellent Franciscan reading of the ecological theme in dialogue with the science of communication. In the end, prof. Jules Mimeault rightly said that “this book, rather than bringing only a trendy reality, helps us to think.” We conclude with an invitation to read this valuable work: Everything is Connected — Integral Ecology and Communication in the Digital Age.