Meeting of the JPIC Animation Committee 2019 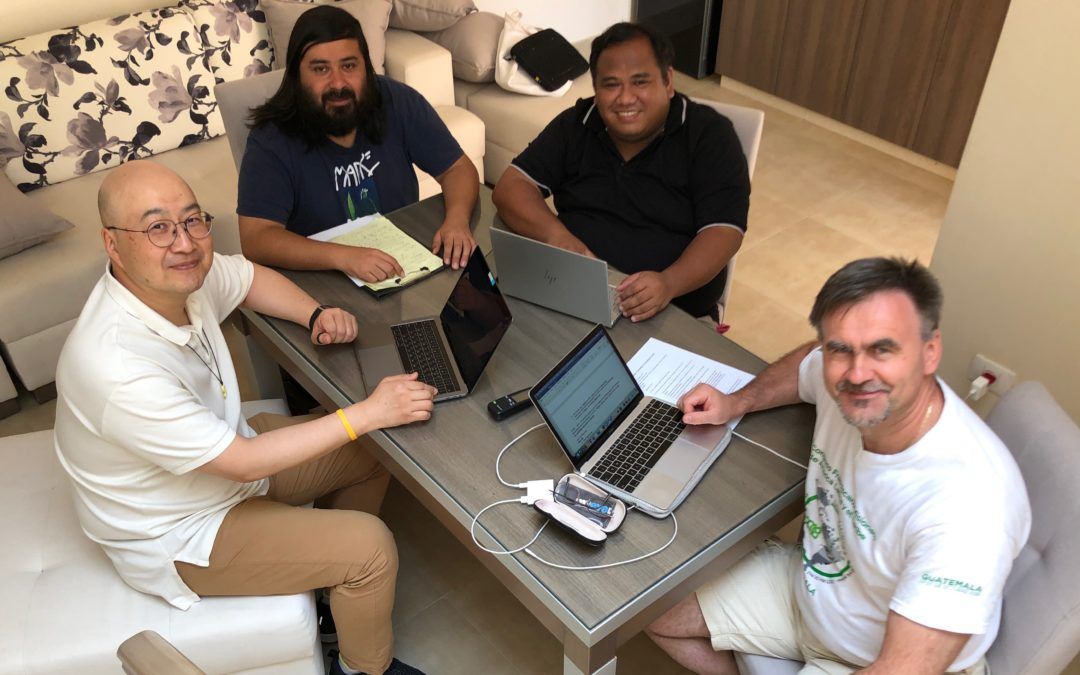 The JPIC Animation Committee of the Order of Friars Minor gathered in Jericho from June 10 to 14, 2019, soon after the International Council for JPIC in Jerusalem. The Animation Committee had a very good dialogue with the JPIC Commission of the Custody of the Holy Land headed by Br. Giorgio Vigna, OFM. The encounter between the two highlighted the works of the brothers in the Holy Land working for JPIC, especially with their ministry of presence and dialogue. The JPIC General Animator expressed his gratitude for the recently concluded International Council in Jerusalem with all the organization and logistical preparations that the Custody did for the friars. After which the four members of the Animation Committee were accompanied by Br. Mario H’dchity, OFM to proceed to Jericho for their meeting.

The meeting started with the assessment and sharing of insights about the ICJPIC 2019. The four members expressed their appreciation and their hopes for the JPIC direction of the Order that is being highlighted in the Jerusalem Statement, the final document of the said gathering. During these five days, they talked about how the JPIC Animation Committee could work in the areas of Formation, Coordination, Communication and Collaboration for the next three years.

The Committee would like to thank the Custos, Br. Francesco Patton, OFM, the friars of the Custody of Holy Land for their warm welcome, hospitality and generosity. Special thanks to friars in Jericho for sharing their life, ministry and resources during the stay in their community. The JPIC Animation Committee has full of hopes and dreams for the Order. Its members concluded their meeting challenging one another.