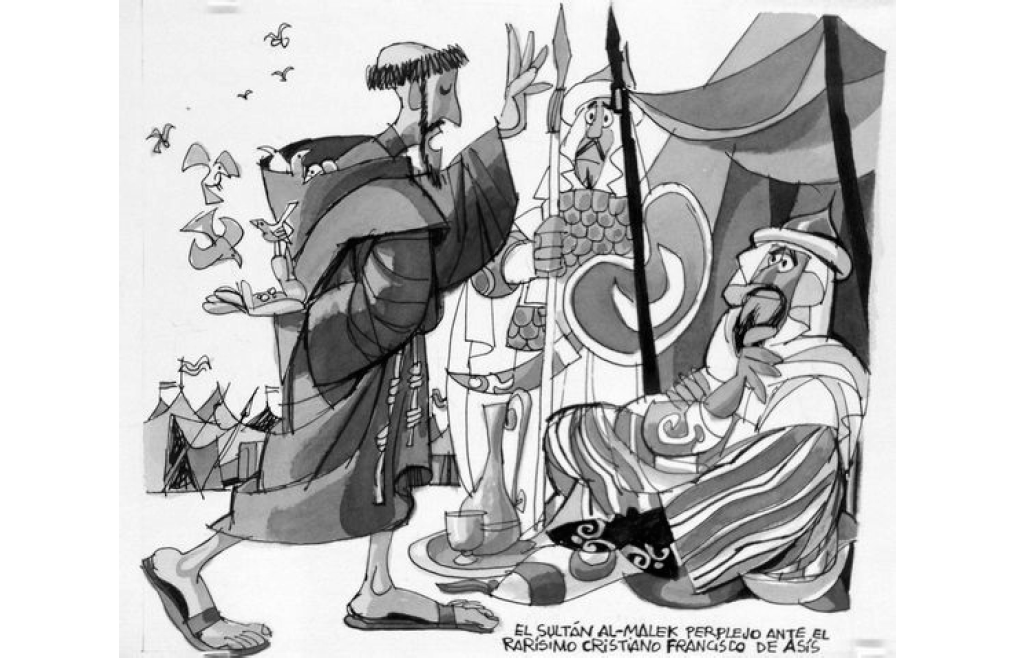 A subsidy from the Franciscan Family of Colombia

Peace and all Good!

This year, the Franciscan Family of Colombia wished to dedicate its reflection to the Commemoration of the Meeting between Francis of Assisi and Sultan Al-Malik-Al Kamil 1219 – 2019, and on the occasion of this event to the animation of the construction of a true CULTURE OF ENCOUNTER

Last year we dedicated our regional workshops to the political formation of our faith, and the booklet was titled: “Politics, High Form of Charity,” with which we wanted to encourage reflection so that in the elections we could vote with maturity and a Christian sense in favor of peace and the common good.

This year, with the theme that concerns us, the Culture of Encounter, we want to take up the words of Pope Francis in front of the presidential palace at the opening of his visit to Colombia in September 2017.

The Pope said in his speech:
“This meeting allows me to express my appreciation for all the efforts undertaken over the last decades to end armed violence and to seek out paths of reconciliation.  Over the past year significant progress has been made; the steps taken give rise to hope, in the conviction that seeking peace is an open-ended endeavor, a task which does not relent, which demands the commitment of everyone”

“It is an endeavor challenging us not to weaken our efforts to build the unity of the nation.  Despite obstacles, differences and varying perspectives on the way to achieve peaceful coexistence, this task summons us to persevere in the struggle to promote a ‘culture of encounter’.  This requires us to place at the center of all political, social and economic activity the human person, who enjoys the highest dignity, and respect for the common good.”