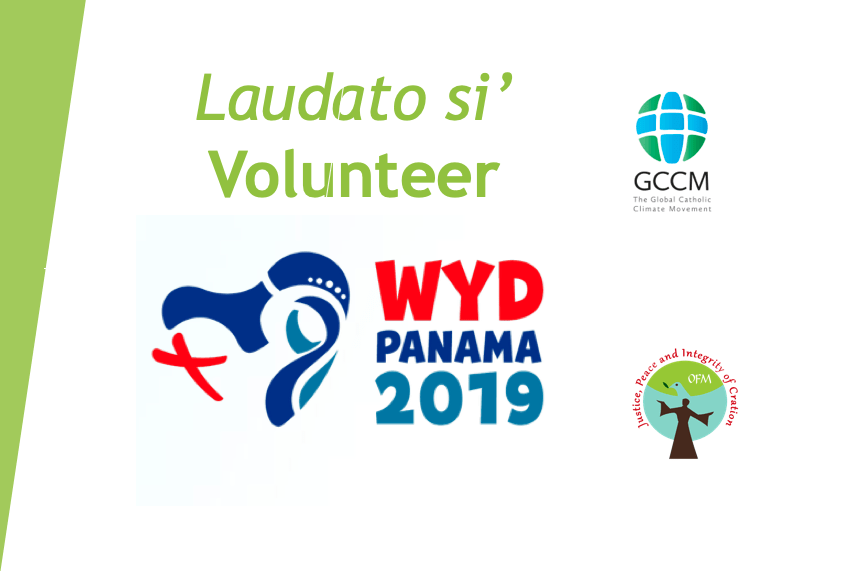 In partnership with the World Catholic Climate Movement (MCMC), the General Curia JPIC Office is organizing a series of activities to promote the encyclical Laudato si’during the next World Youth Day to be held on January 22-27, 2019, at Panama City. The International María Inmaculada High School will be the meeting point and seat of the various expressions of the Franciscan Family during WYD-2019, such as the International Meeting of Franciscan Youth, and the place of receipt of the “Universal Missionary Fraternity” project, promoted by the secretaries of the General Secretariats of OFM, OFMConv, OFMCap and TOR Missionary Animation that is convoking 5 friars for Obedience to experience the roaming during WYD-2019.

Promoting the campaign “LiveLaudato si’” and “New styles of life” will specifically be the work of MCMC and the OFM JPIC. In order to develop these two objectives, during the last months we have worked in the organization of a series of activities. The Franciscan Ecological Village, for example, is a concrete expression of these objectives; physically it will be installed inside the María Inmaculada International School, and with laudato si’volunteers it opens up to the massive activities of WYD-2019 and, at the same time, with the support of the resources promoted by the World Catholic Climate Movement, it is open to social media. In addition, we are organizing other initiatives: Concertlaudato si’ with the group Alfareros, from the Dominican Republic; an ecological march with the San Antonio de Miraflores Parish; and a travelling photographic exhibit.

Participate in a period of formation from January 19 to 21, including a conference at the Catholic University Santa Maria La Antigua, a retreat and workshops. After, you will be helping us during WYD to spread the Laudato si’Message through the Franciscan Ecovillage, at the Laudato si’ concert and around the whole city.

we invite you to join this initiative: Laudato si’ VOLUNTEER.