UISG Conducts Seminar on the Mining Activity on the Planet 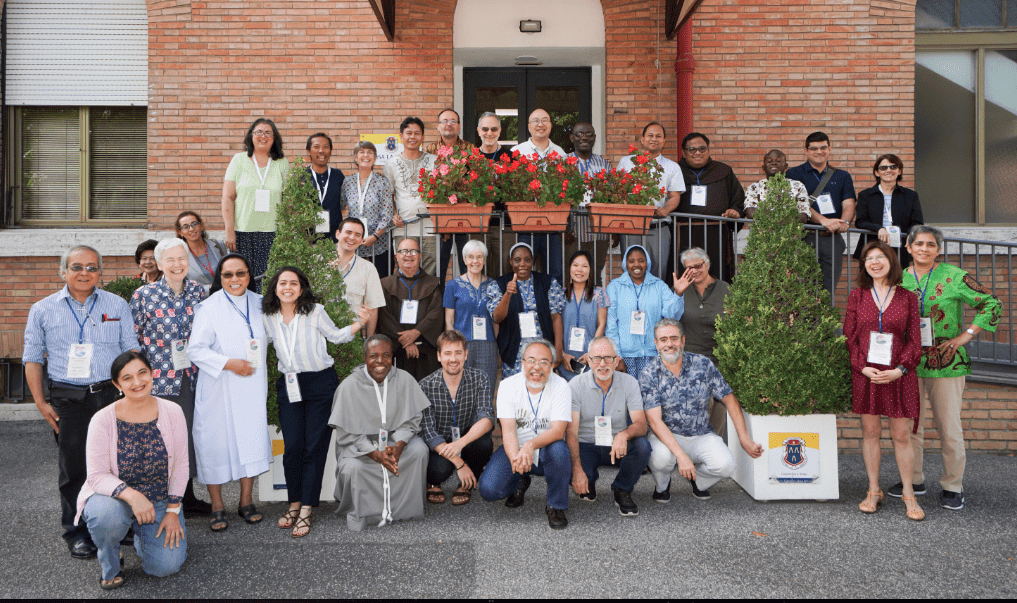 A three-day JPIC Seminar on the negative impacts of extractive industry and the response of the Catholic organizations was convened by the JPIC Office of the UISG (International Union of Superiors General) at the Casa La Salle in Rome on September 25 – 27. May have joined on behalf of their religious and secular organizations to share experiences and propose joint actions to the dangerous threats of mining companies.

About forty participants from different Continents shared their achievements and challenges in the face of aggression by transnational mining companies that take advantage of situations of institutional weakness in developing Countries and exploit precious mineral deposits in their territories. The basic methodology of the seminar was “see, judge and act,” which defined the structures of the seminar and the final document.

Various lectures and panel discussions were given with simultaneous translation: English, Spanish, French and Italian. The Franciscan presence was significant. One of them was Br. Rodrigo Péret, who stood out in the organization, coordination and moderation of the sessions.

It is noteworthy that countries that sponsor mining companies and have deposits of precious minerals put great legal requirements on them to exploit their territories. It makes easier for them to venture into legally unprotected regions that are governed by personages of low moral quality. It lends themselves to dirty businesses and allows companies to propose development projects to local communities by offering them basic services that they do not have such as work, health, education, recreation, etc. But they are promises that are never fulfilled since, at the end of the mining projects, the communities become more impoverished and their environment as lethally poisoned as the localities must be abandoned. Once companies obtained juicy profits, they would leave the region and disappear from the national and international legal scope so that there is no one to claim and demand reparation for damages caused. In addition to these serious damages, mining projects undermine social coherence causing violence, aggravating crime against the defenders of human and environmental rights and accelerating the corruption of institutions and people. The list of defamations, persecutions and murders they have promoted is very long.

In my participation, I had the opportunity to elaborate on the theme “The presence of the OFM JPIC Office in the fight against mining in El Salvador.” I shared our way of accompanying the socio-environmental organizations. For more than 10 years, we were able to experience the progress of awareness in communities at the local level, to carry out campaigns to disseminate reality in El Salvador at the national and international level, to support vulnerable people and ask for international help against the companies, such as Pacific Rim of Canada and Oceana Gold of Australia and Commers Group of USA. At the same time, we promoted the creation of a national legislation against mining that protects the environment mainly soils and water for a decent life and coexistence. The efforts focused first on accompanying the Salvadoran State to the World Bank and its legal arm, the ICSID (International Center for Settlement of Investment Disputes) where our Country had been sued for a disproportionate amount of US $ 250 million. In the end, the court unanimously ruled in favor of El Salvador, forcing the companies to leave the national territory and pay 60% of the procedural costs that in more than 10 years already amounted to 12.2 million. It was also opportune to share in the international seminar, having achieved the approval of the anti-mining legislation, which was promoted by our organizations, reflection tables and technical support, petitions, organized demonstrations and strong alliances. We also have created conditions for the support of faith groups with forums, workshops, homilies, prayers, vigils and pilgrimages, etc. Particularly, in the concluding stage, the Catholic Church pressed the government by presenting of public petitions to the Congress so that they approve the new legislation they had in their hands. And it was so that on March 29, 2017, the metal mining prohibition law in El Salvador was passed unanimously by the congressmen, which make El Salvador the first country to win this victory in favor of life, health, coexistence and care for the environment.

Both achievements were presented and applauded at the seminar, which motivated us to continue working on the care of the environment. There was an opportunity to talk about the other campaigns for struggle that are being waged in El Salvador, such as the promotion of a legislation for water, support for peace campaign, monocultures, housing projects, monitoring over mining companies so that they do not stalk communities waiting for a socio-political situation that allows them to return to the load.

I would like to conclude it by thanking the JPIC Office of the General Curia, Br. Jaime Campos and Br. Rufino Lim, for having been willing to include and disseminate the experience of El Salvador in this important seminar on mining.