Towards the Laudato Si’ Action Platform 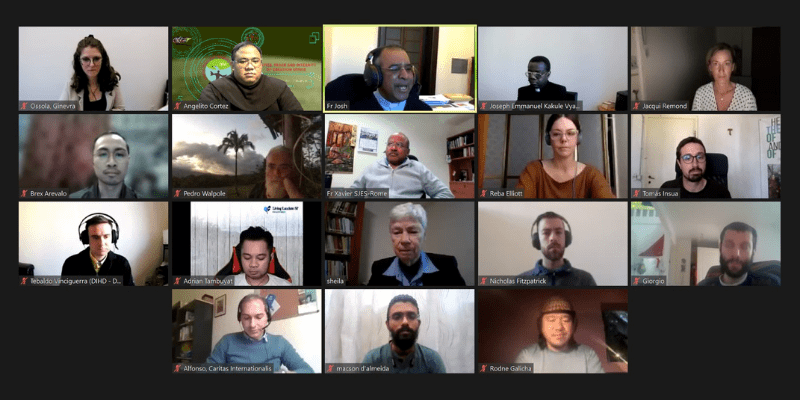 Celebrating the fifth anniversary of the Laudato Si’ Encyclical (24 May 2020), Pope Francis declared a special anniversary year, and the Dicastery for Promoting Integral Human Development presented the proposed “Laudato Si’ Action Platform”. They invited various institutions to get going and start a seven-year journey towards full sustainability. This multi-year initiative aims to make communities around the world fully sustainable in the spirit of Laudato Si’s integral ecology.

As Franciscans, we have joined this great initiative through the JPIC Office. Let us recall that on the fifth anniversary of the Encyclical, the JPIC offices of the Order and the Franciscan Family joined the “Laudato Si’ Revolution” campaign by carrying out various national, regional and international initiatives. Taking advantage of this momentum of the spirit, we wish to take part in the “Laudato Si’ Action Platform”.

During these last few weeks, the JPIC Office has held some engagement and collaboration meetings with the “Care of Creation” section coordinated by Fr Joshtrom Isaac Kureethadam, SDB. In these online meetings, we have been able to share the various initiatives that the Order has been developing in the light of the Encyclical and the Plenary Council of the Order. At the same time, they have shared with us and informed us how the process of the “Laudato Si’ Action Platform” is developing. This has allowed us to join the “Religious Orders Laudato Si’” working team, and we have been invited to be part of the steering committee of the 7-year Laudato Si’ platform.

Also, as a way of collaborating and being part of the “Laudato Si’ Action Platform”, the JPIC Office has started to work on some proposals to offer to the whole Order and the Franciscan Family during Laudato Si’ week on the sixth anniversary of the Encyclical. These proposals complement the campaign begun last year, as it is a new impulse to the work that several Entities in the Order have already started. We look to the future, with hope, to the “Laudato Si’ Revolution: Integral Ecology in Action”.