Together Against Human Trafficking 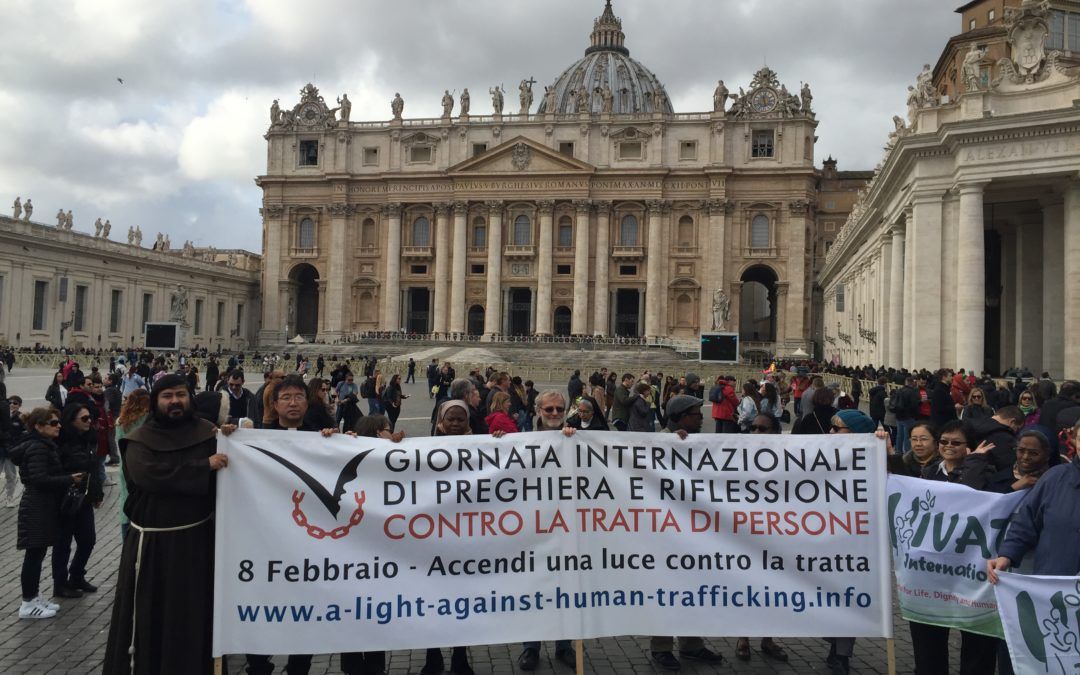 On February 8, the World Day of Prayer and Reflection against Human Trafficking has been celebrated since 2015 by Pope Francis. It is the memorial of Saint Josephine Bakhita, a religious of Sudanese origin who was a victim of slavery for many years in her life. The Day is promoted worldwide, mainly by Talitha Kum, the International Network of Catholic Religious against human trafficking, through its International Committee.

Various activities have been carried out this year around the world, praying and reflecting, to raise awareness on this problem that mainly affects women, boys and girls. The motto chosen for 2019 is “Together Against Human Trafficking,”since it is a problem to which no one can remain indifferent, nor can it be approached by an individual, and we need joint actions.

In Rome, two public activities were carried out. On the memorial of St. Josephine Bakhita, we gathered to pray together at the prayer vigil with the theme, “Shed a Light against Human Trafficking.” About 500 people, mostly religious, gathered at the Basilica of San Antonio (Antonianum). There also was a group of religious who completed the Training Course for leaders of the networks against human trafficking, offered by the Talitha Kum in collaboration with the Pontifical University Antonianum.

On Sunday, the 10thof February, many people participated in a public march from the Castel Sant’Angelo towards St. Peter’s Square. During the march, the prayer-cards for the victims of human trafficking was distributed to the people who gathered in the square to participate in the Angelus with the Pope. At noon, Pope Francis led the Angelus and addressed words of gratitude for those who work against human trafficking, especially the religious. He also urged governments: “I make a special appeal to governments to address with determination the causes of this scourge and protect the victims.” Finally, he invited everyone to pray for the intercession of St. Josephine Bakhita.