The story of frei Luiz, friar and bishop in North-east Brazil 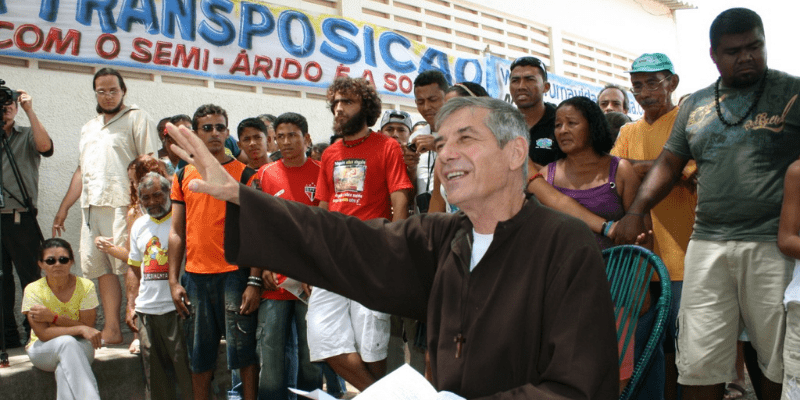 When I started the first fast in 2005, I was not yet known. At first, many thought I was crazy, but then the National Conference of Bishops of Brazil (CNBB) leadership came out in my favour. Then there was a division between those who supported our struggle and those who were against the struggle”. These are the words of Bishop Luiz Flávio Cappio, Brazilian Franciscan bishop of the Barra diocese, who hit the front pages of Brazilian newspapers and the world in 2005 and 2007 with two hunger strikes in protest against the Brazilian government’s project to divert the São Francisco River.

“Out of love for the people, out of love for the river – which was a source of life for the inhabitants – we could not have been in favour of a project that aimed solely and exclusively at the economic use of water,” the bishop continued. “Likewise, we could never have favoured a project that aimed at transforming the river for large rural estates to produce grain for importation. It was aimed at the enrichment of a small minority, to the detriment of the entire population”. ‘Frei Luiz’, the name by which the bishop is known in the North-East of Brazil, states this with determination.

In 2005, Frei Luiz began his first hunger strike, which lasted eleven days. The strike was suspended after he signed an agreement with the government that pledged to stop the diversion of the São Francisco River and invest a considerable amount of money in revitalising the river. However, when the government’s promises were not followed up with the agreements signed, the Bishop decided to go on another hunger strike in 2007. “That day, I would have been 59 years old. I went on fast again, but this time I did not take the government by surprise,” explains Bishop Luiz Flávio Cappio. They had prepared themselves. The hunger strike lasted 24 days and was very difficult”.

On the 24th day of his hunger strike, Brother Luiz lost consciousness and ended up in hospital, in the intensive care unit. When he woke up, he was surrounded by various groups, including indigenous people, workers’ unions, presidents of popular associations, professors, and university directors. Each of them pleaded with him in similar words: “We need you alive to continue this struggle. Embrace the life that God has given you and stay alive to help us”. Although Frei Luiz had not decided to go on hunger strike to die, but “for the love of life”, he decided to break his fast. “I realised that I was an instrument of life for my people, for my people, and so, after leaving the intensive care unit of the Memorial de Petrolina hospital, I announced the end of my hunger strike,” says the Brazilian bishop. 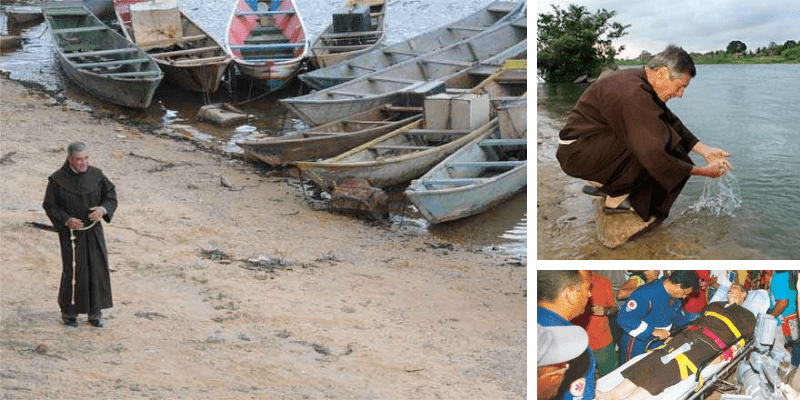 The vocational path to Barra

Frei Luiz comes from a Catholic family of Italian origin. In his family, he learnt to love Jesus and received his Franciscan vocation: “I saw in Francis the man who gave his life to the poor; I saw in Francis a man in love with life, with nature”. Immediately after his ordination, Frei Luiz served in the suburbs of São Paulo, in contact with workers. “Most of the people I worked with came from the northeast of Brazil,” the bishop explains. They said they came to São Paulo to improve their lives, and I wondered what their life was like there. St Francis spoke to my heart and told me: your place is there”. Without wasting any more time, Frei Luiz thus headed to Barra via the São Francisco river. “When I arrived in Barra, after five months of walking, the bishop – who had heard of a friar minor who walked from community to community, preaching the Word of God – came to me and asked me to stay in his diocese because of the lack of priests”.

So it has been 48 years that Frei Luiz has served in Barra, first as a missionary and then as bishop. “Now that I am 75 years old, I have already placed the diocese at the disposal of the Pope, my resignation due to age limit,” the bishop explains. Now I am waiting for the appointment process of the new bishop, and then I will return to the Province. Then, God willing, I will retire to a hermitage when everything is settled. It was all the work of the Holy Spirit.