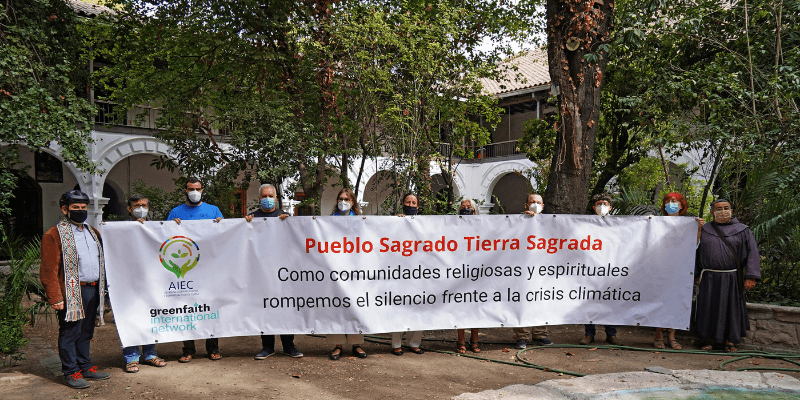 The San Francisco de la Alameda Church was one of the key areas to publicly highlight the climate crisis that affects the entire world and from there, make a powerful call to take care of our common home.

At 11 o’clock last March 11, under the slogan “Sacred People, Sacred Land”, the Franciscans rang their bells to tell the inhabitants of our planet that the climate crisis is reaching its peak and that citizens must be aware of its serious consequences. Thus, the Baha’í temple, the Lutheran Church in Chile (Santiago, Valparaíso, Valdivia, Osorno, and Puerto Montt), many parishes in the country, the Sefaradi Synagogue as well as other communities, joined us to raise awareness among the population.

Brother Máximo Cavieres, JPIC Head, pointed out that the participation and the call to raise awareness about the serious climate situation is “without a doubt important, because it is part of our Franciscan spirituality to care for creation, and also, in a significant way, to be able to do it together with the other spiritualities and religions in the style of Saint Francis ”.

He added: “As Franciscans, we can contribute by motivating reflection, awareness and, above all, putting into practice those attitudes and gestures that help reduce the effect we have caused in the destruction of our climate and our Earth. ”.

Arianne van Andel, Coordinator of AIEC (Interreligious and Spiritual Alliance for the Climate), added that “we have a motto that says destroying the planet goes against my fait,h and that is what we want to say today. We all need each other, because we are all part of the same humanity, and we must all come out of this crisis.” In addition, she specified that the meeting sought to appeal to the governments to make a u-turn and change their way of working on this issue.

The person in charge of the Program for the Environment, Risk Management and Emergencies (MAGRE Program), of Caritas Chile, Catherine Mela, highlighted that “today we are summoned by the urgency to act in the face of the climate emergency, since the projections made decades ago on climate change have come true ahead of schedule, and on an alarming scale. In recent times we have witnessed how the weather conditions which are the result of climate change, are seriously affecting the most vulnerable population ”. 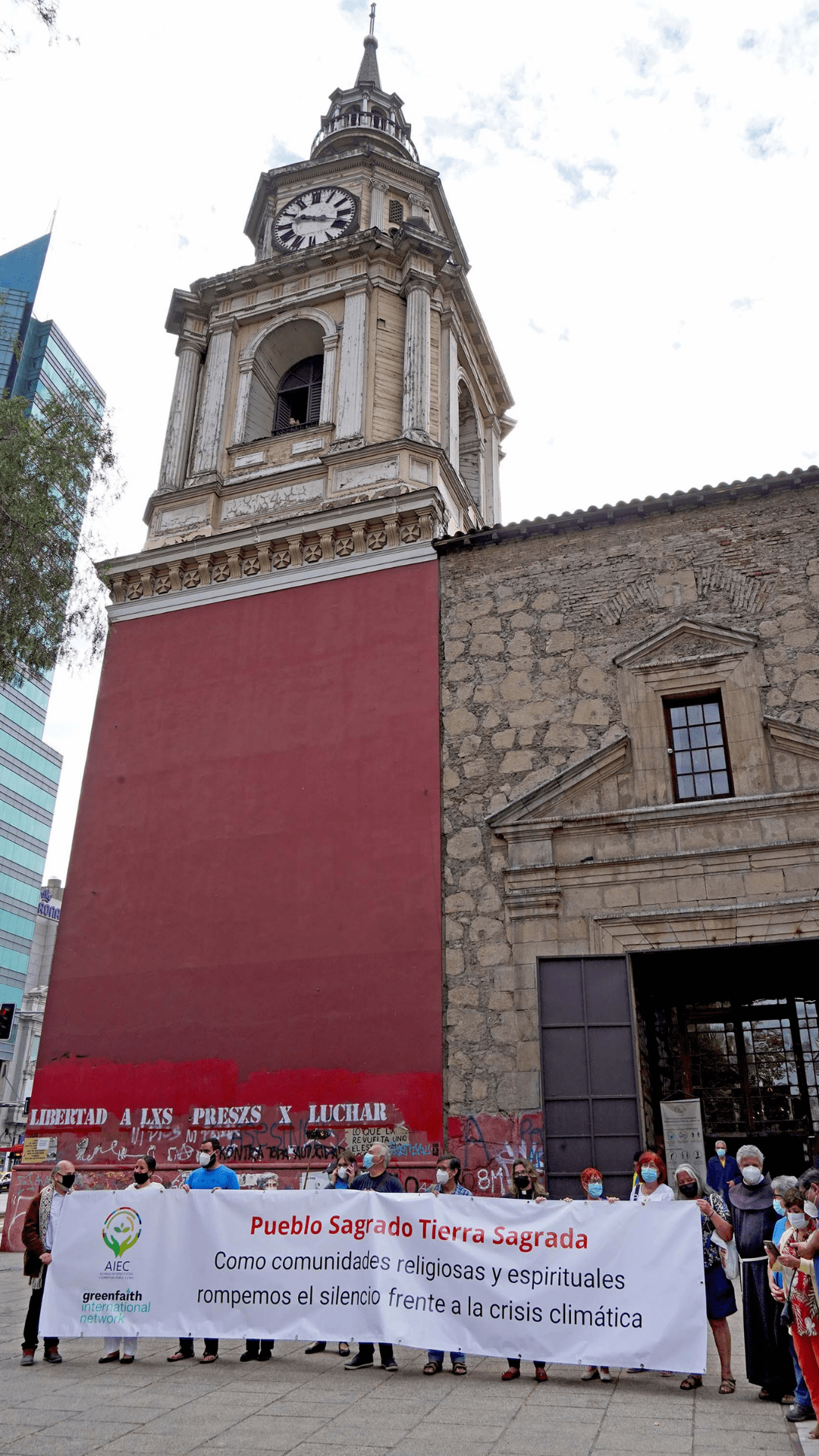 Check the activity in the video