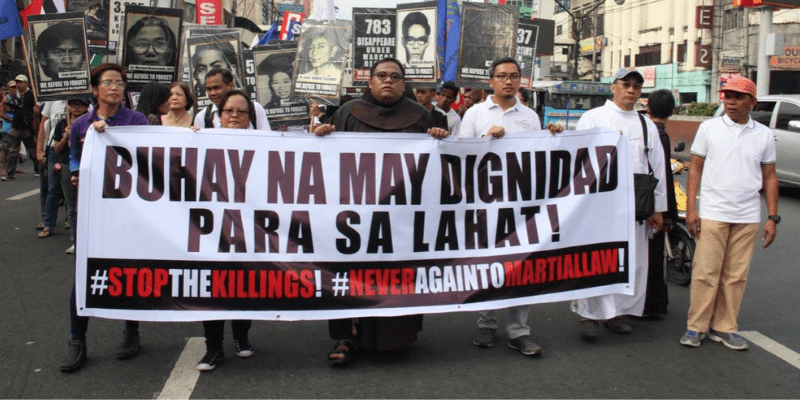 And he said to me, “Son of man, these are the men who devise iniquity and who give wicked counsel in this city; who say, ‘The time is not near to build houses; this city is the caldron, and we are the flesh.’ Therefore, prophesy against them, prophesy, O son of man.” (Ezek. 11:2-4)

We, the followers of St. Francis of Assisi, religious and lay, the members of the Franciscan family in the Philippines, express our deep concern over the ever growing suffering of our people due to poverty, lack of opportunities and COVID 19 pandemic, while many of our leaders are busy justifying the passage of the anti-terror bill, which we believe will weaken our rights to redress on behalf of the poor.

While our country continues to agonize because of the pandemic, we are terrified to know that our lawmakers have turned their attention more to the anti-terror bill (House Bill 6875) certified urgent and priority bill by our President Rodrigo Duterte on June 1, 2020, to amend the Republic Act 9372 (Human Security Act of 2007).

As citizens of our country, we expect our government leaders to show more mercy to the poor at this time by providing comprehensive plans and concrete actions for their benefit.

As we see, in this time of emergency, the government up to now has failed on many counts to provide the needed mass testing, to protect the health care providers in the frontline and to ameliorate the worsening condition of the people.

The government has even failed to provide decent accommodations for the many Overseas Filipino Workers (OFWs) who were put under quarantine upon their return. They buoyed up our economy through their remittances.

Now, after placing the National Capital Region (NCR) in General Community Quarantine (GCQ) from the Modified Enhanced Community Quarantine (MECQ), the government’s program has not matched the need for efficient public transport system. How can ordinary Filipinos such as the daily wage earners survive this? Yet the House Bill 6875 is the government’s top priority, which will demand a big budget. It can be better used for the new poor, new unemployed and to buy more new health facilities. An unhealthy population is a threat to economy.

We strongly believe that the Anti-Terror Bill is mercilessly unconstitutional. This is a clear violation of the constitutional mandate that no law shall be enacted depriving any person of life, liberty and property without due process of law.

This proposed Anti-Terror Bill is in essence anti-poor. It condones terror itself. This will not give peace and security to anyone.

We, Filipinos, will not be at peace with the bill, even if some assure us that they will not abuse it. Let us not be naïve. Those in authority devoid of human and spiritual values will abuse their power and extra powers.

We, Franciscans, are lovers of peace. We do not want war. We denounce any form of violence and terrorism. We have a long tradition of non-violence. We believe that peace is the fruit of justice, dialogue and respect for human dignity.

Our seraphic father St. Francis of Assisi on his “Letter to the Rulers” in 1220, eight hundred years ago, said:

“Brother Francis, your little and looked-down-upon servant in the Lord God, wishes health and peace to all mayors and consuls, magistrates and governors throughout the world and to all others to whom these words may come:

Reflect and see that the day of death is approaching. With all possible respect, therefore, I beg you not to forget the Lord because of this world’s cares and preoccupations and not to turn away from His commandments.”

Let our government leaders obey God’s commands by using its resources and energy to address the most pressing needs of our nation. Many are already terrorized, physically and psychologically. And this House Bill 6875 has terrorized our already terrorized people.

Failure to help the poor population will spell the downfall of everyone; our nation becomes more vulnerable to terrorists and stronger nations. Let us learn from the rise and fall of nations in the ancient past.

Peace be with you, brothers and sisters! 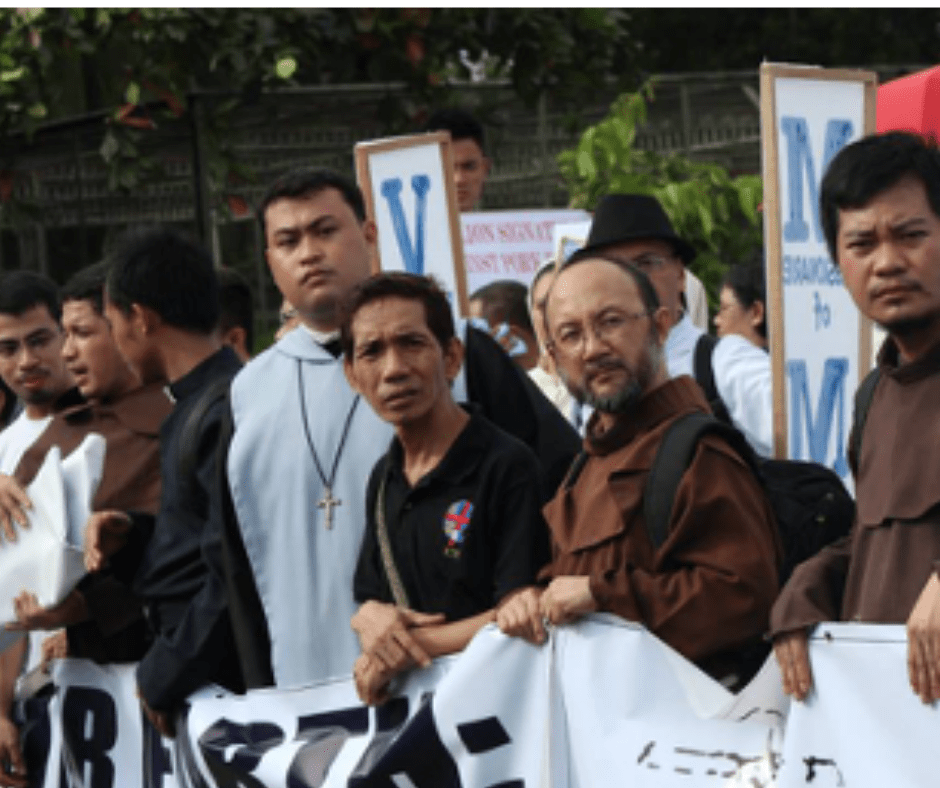 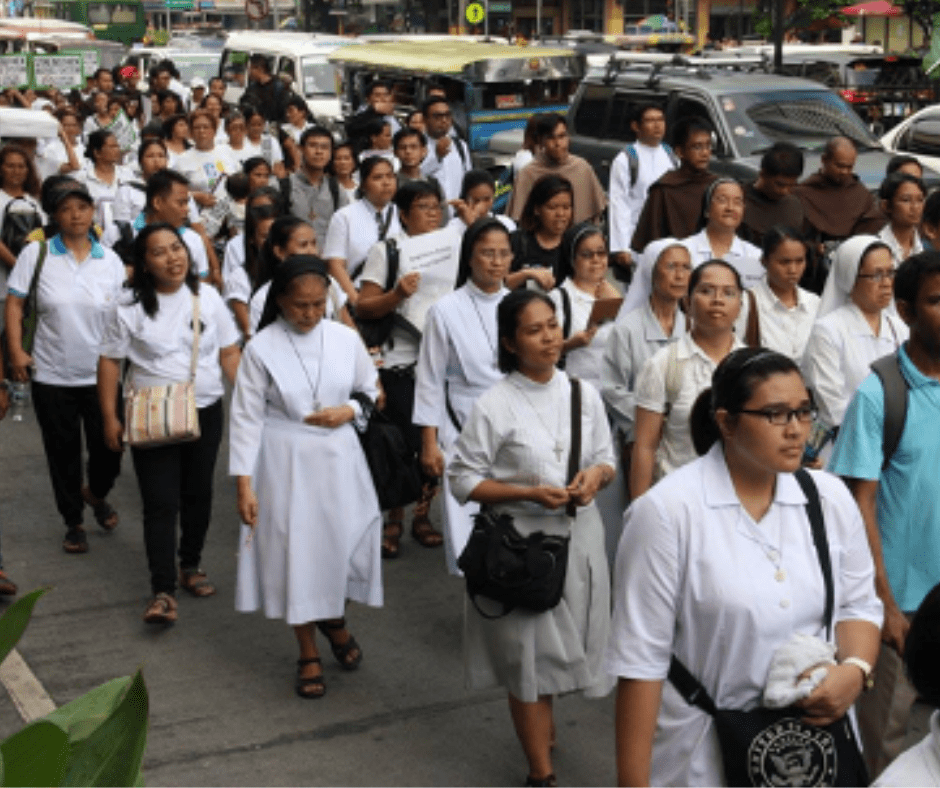 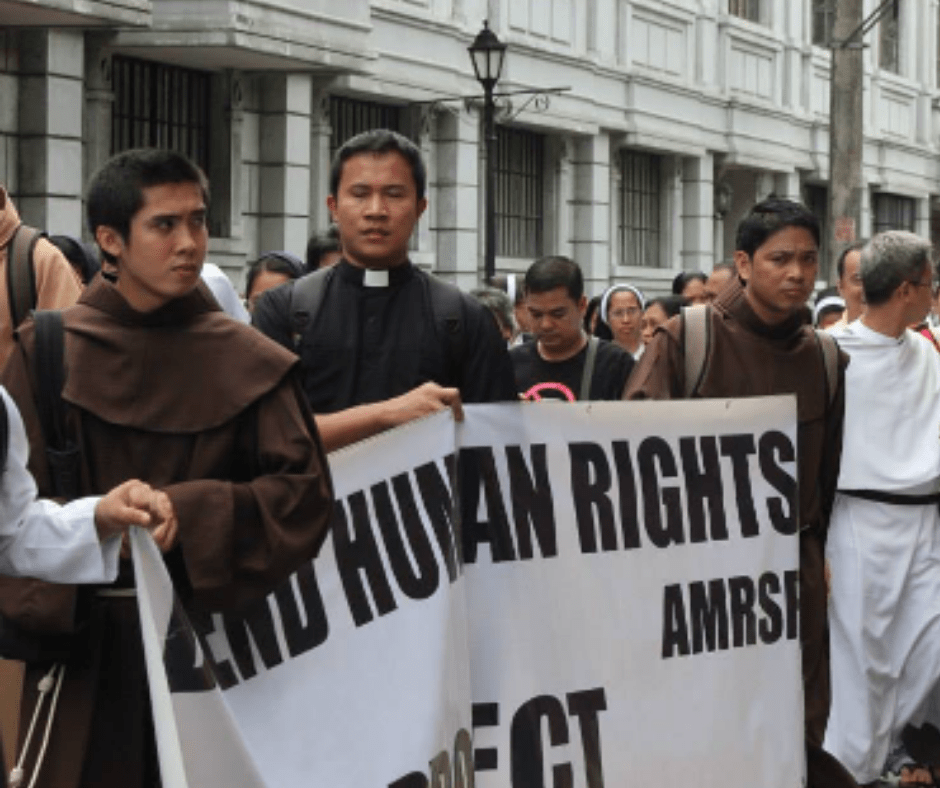