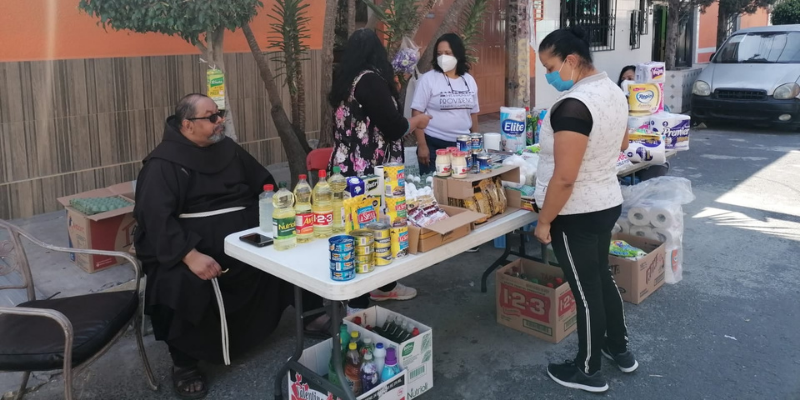 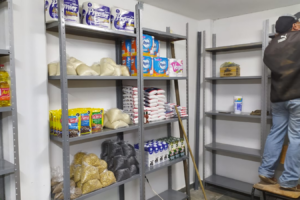 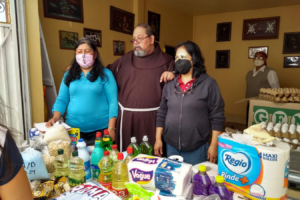 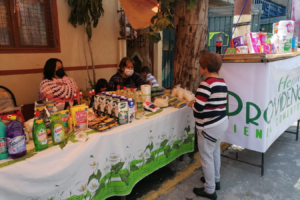 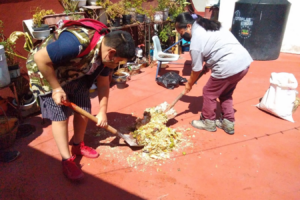 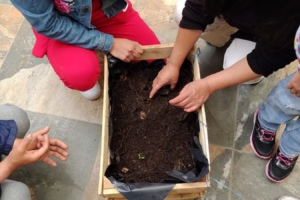 Amid the significant health and economic crisis generated by the COVID pandemic and at a point in the great Metropolitan Zone of Mexico City, the parish of Our Lady of San Juan de Los Lagos in the diocese of Nezahualcoyotl organized itself to mitigate its crisis and help alleviate it in its community. A community with a population of approximately 20,000 people in some 5,000 families.

It was the first parish experience selling vegetables, the “Huerta de San Juanita,” in the middle of the year with two people from the community. Afterward, a group of ten people was formed, Friar Samuel López, a Franciscan religious, who encouraged, promoted, and accompanied this initiative. A loan of four thousand Mexican pesos was obtained to purchase merchandise, with which this adventure of solidarity work began.

During this time, the possibility arose of obtaining support from Franciscan Missions of the United States for a socio-pastoral project to alleviate the economic and human crisis of the community. This support arrived at the end of May 2021.

The project began with three areas of action, and as it progressed, a fourth was implemented:

1) COMMUNITY STORE. Continue and strengthen its operation: going from a single day to open seven days a week. In addition, it goes out every Friday to different streets of the community where a parishioner requests it. This program seeks to operate in a cooperative spirit.

3) SOCIAL TRAINING WORKSHOPS. The fundamental pillar of all social work is to train and involve the community as the protagonist of its destiny. The doctrinal and practical foundation of the social dimension of faith is given through the social doctrine of the Church. Four workshops are offered: “Building the Little House” (civic culture), “Social Doctrine of the Church,” “Laudato Si’,” and “Fratelli tutti.”

4) The need to talk about grief arose. A conference was organized, followed by a complete course on thanatology, since many people need to confront this reality and overcome it.

A total of 240 people participated in the workshops. An outstanding fact is that people from 12 parishes attended the social formation workshops. From the beginning of the pandemic, Pope Francis said, “one never comes out of a crisis the same as before, never. We come out better, or we come out worse.”

Our conclusion and teaching are that it was a year of sowing and a year of learning teamwork, that from necessity comes cooperation. Thus a more just, supportive, and participatory society can be built if we share what we are, know, and have.