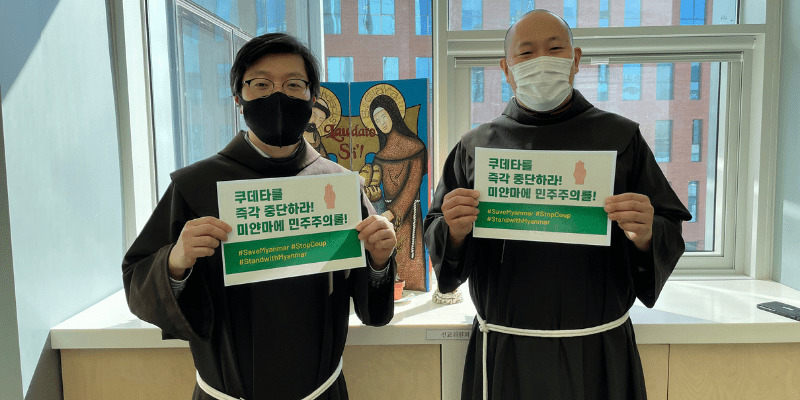 The military declared a state of emergency to protect their power, making an excuse that the general election held in November last year was a fraudulent election) Myanmar’s military has seized power after detaining Aung San Suu Kyi, other democratically elected leaders, and also civil society leaders, and blocked state broadcasting and communications. Tanks appeared on the streets of the capital city of Naepido and Yangon, and even martial law was declared. The military declared that it would rule for one year until the country stabilizes.

Myanmar’s democracy, which has been regained hard after half a century of military dictatorship, is faltering again. Myanmar’s citizens chose in the general election was not the military rule by force, but the progress of the civil government and democracy. Citizens opposing the coup began to resist. They protest by sounding a car horn and tapping a pot, holding three fingers high which symbolize resistance and sharing. Workers, students, and even civil servants came out to the streets, shouting that the military coup is unacceptable. We are worried that the bloodshed in 1988 and 2007 will recur.

The history of democracy in Korea is similar to that of Myanmar. The military regime, which began in the 1960s, killed numerous citizens and pursued only their own self-interest. In the civil society of Korea, which is aware of the pain of the citizens of Myanmar, the campaign was carried out in prayer for the end of the violence of the military coup and the beginning of justice and peace.

The JPIC Commission of the Korean OFM Province and 17 civil society organizations were running a campaign to stop the coup in Myanmar. Many Koreans are joining the campaign by taking a picture of themselves with a sign says “Stop the coup immediately” or as they wish to say, and posting the picture on the campaign websight. The voice of solidarity from Korean citizens will be gathered and delivered to the media and to the citizens of Myanmar. 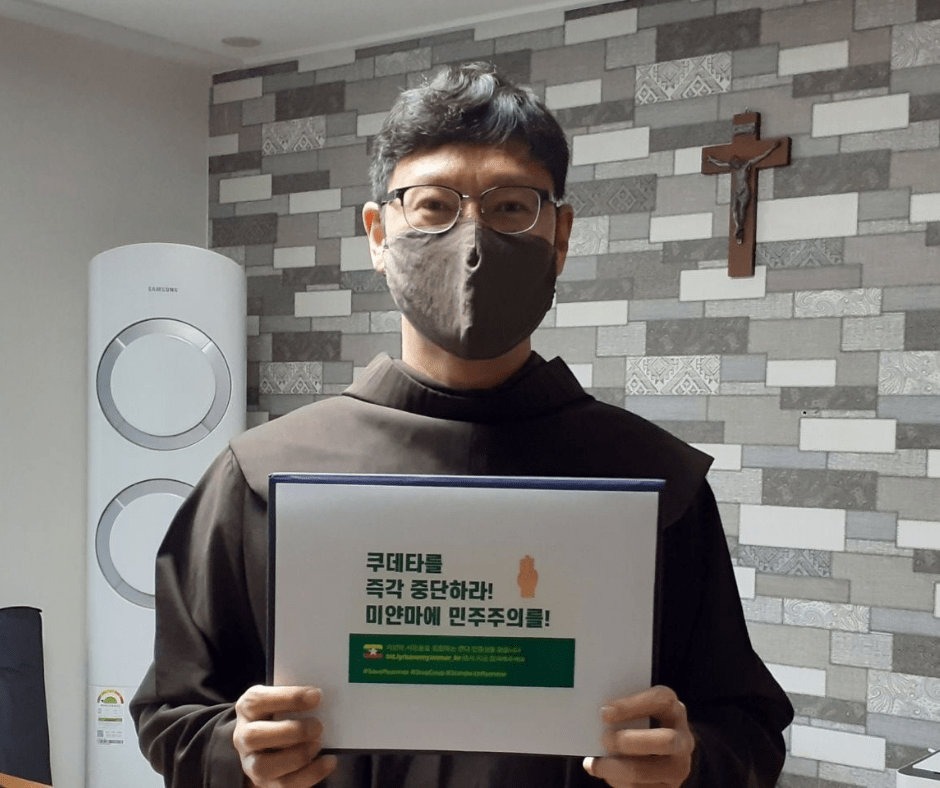