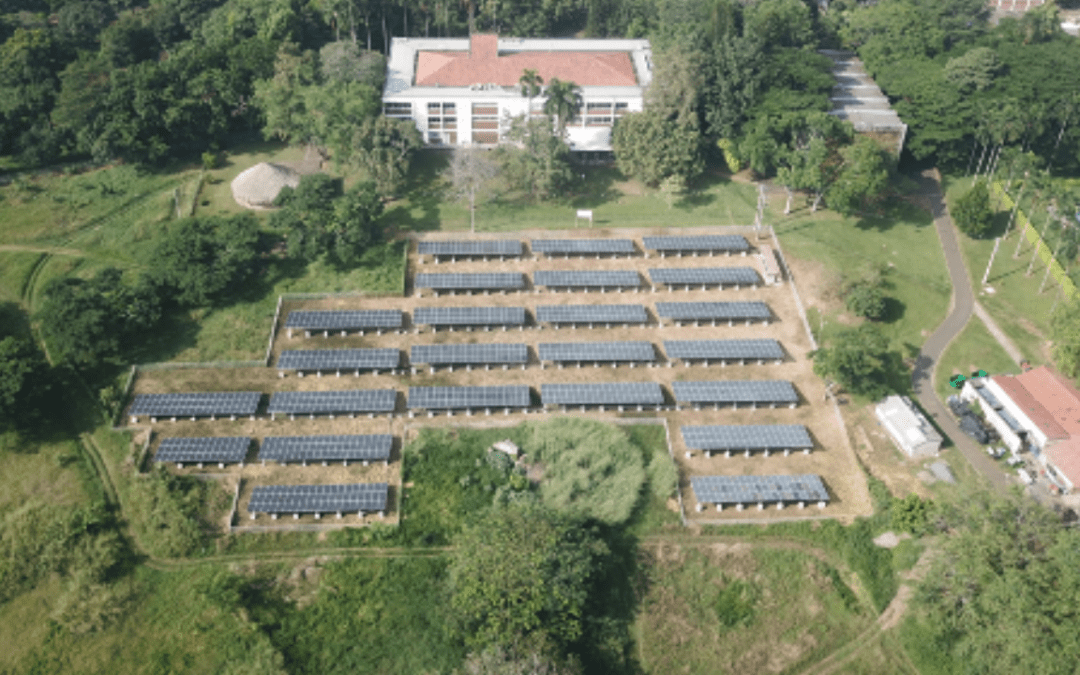 The University of San Buenaventura- Cali section is aware of the need to promote a culture of self-sustainability, providing the planet with concrete solutions to mitigate climate change and listening to the voice of the Church.

Pope Francis invites us through his teaching to care for the common home. For some years, the University initiated a project to reduce costs and rationalize the consumption of electricity service on campus to improve the indicators of reduction of carbon footprint; implementing two projects to achieve the objective outlined:

The feasibility study was prepared, and it was concluded that initially, 5,844 luminaires would be replaced, pending the replacement of the luminaires of Medical School buildings, the soccer field floodlights, and the outdoor lighting Higuerones. In this first stage, electricity consumption was reduced by approximately 8%, and the emission of 82 tons of CO2 per year was reduced.

2. Installation of a photovoltaic system.

This type of system in the university campus has been installed on the roofs of the buildings, so the initial proposal was to use the roofs of the Coliseum, Palmas, Cerezos, and Medical School buildings, for which the University should make the required studies and structural works, among others, to adjust the structures to the NSR-10 Standard, so the project was not considered feasible. As an alternative, the use of an area of the campus to install the photovoltaic system on the floor was presented, with the following characteristics:

As a Catholic and Franciscan University, we want to continue looking for alternatives that encourage responsibility with the use of natural resources, the care of creation, and the reduction of human activities that negatively impact the health of the planet.

We want to invite many other public and private educational institutions to support our projects as a sustainable and environmentally friendly field and create through these initiatives an authentic ecological conversion that manifests an intense love for creatures and care for the common home, faithful to our institutional principles encouraged by the testimony of St. Francis of Assisi and the Seraphic Doctor St. Bonaventure.