Pope Francis receives photos with the names of 270 people killed in Brumadinho, Brazil 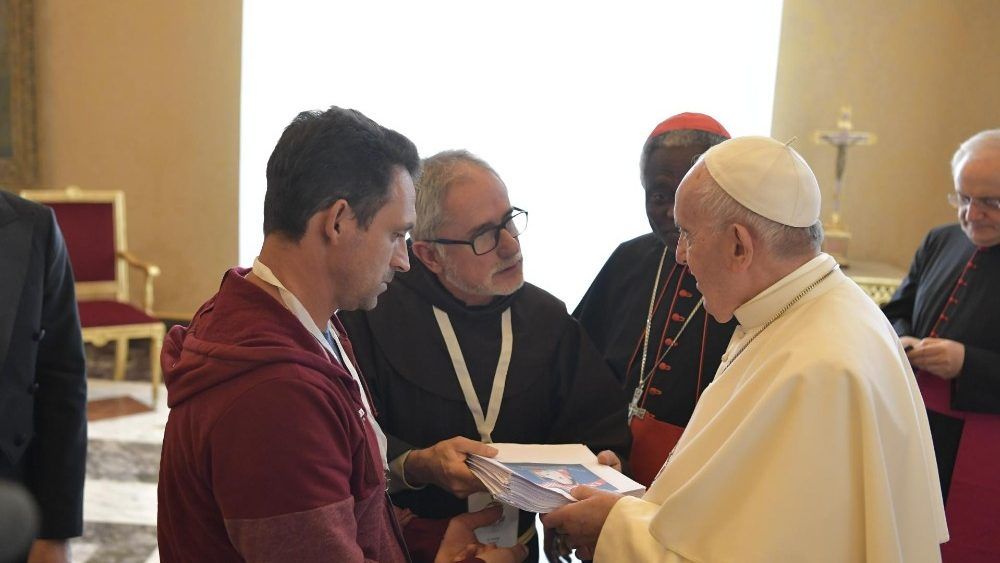 On May 3, Pope Francis was presented with the photos and the names of the 270 people killed by the crime of the mining company Vale in Brumadinho, by Dari Pereira, one of the survivors of the devastating catastrophe, and Fr. Rodrigo Peret, OFM of Churches and Mining Network and Mining Working Group of the CNBB.

The Pope was deeply concerned for the victims, blessed the photos and expressed his solidarity to the families who lost their loved ones and all those affected. Immediately the Pope remained in front of the photos in a gesture of affection, respect solidarity. On May 18, a representative of the Pope, Monsignor Duffé, will be visiting Brumadinho and getting to know the reality and the struggle of those affected.

The Pope affirmed during the audience that the precarious conditions of our common home are mainly due to an economic model that has been pursued for a long time. It is a voracious and profit-oriented model, with a limited horizon and based on the illusion of unlimited economic growth. Although we often see its disastrous impact on the natural world and people’s lives, we are still reluctant to change. “Economic powers continue to justify the current global system where priority tends to be given to speculation and the pursuit of financial gain, which fail to take the context into account, let alone the effects on human dignity and the natural environment”(LS 56).

The Pope continued citing his encyclical Laudato si’ in his speech: We are aware that “Yet by itself the market cannot guarantee integral human development and social inclusion” (LS 109) and that “environmental protection cannot be assured solely on the basis of financial calculations of costs and benefits” (LS 190). We need a paradigm shift in all our economic activities, including mining. Pope Francis called for attention to the Amazon Synod by saying that it is “essential to show special care for indigenous communities and their cultural traditions. They are not merely one minority among others, but should be the principal dialogue partners, especially when large projects affecting their land are proposed” (LS 146).

He said, “I urge everyone to respect the fundamental human rights and the voice of the people of those beautiful but fragile communities. And in communion with the bishops of Latin America he denounced that extractivism is ‘an unbridled tendency of the economic system to transform the goods of nature into capital.’ The largest quantity of materials is being extracted in the shortest time possible, converted into raw materials for industrialized production, and transformed into products and services that others will commercialize. And corporates will consume them and, therefore, the nature will receive the rewards in the form of polluting garbage. All this is the vicious circuit of consumerism that is being created with increasing speed and risks.”

The Pope ended his speech by not forgetting that “what is at stake is our own dignity. Leaving an inhabitable planet to future generations is, first and foremost, up to us. The issue is one which dramatically affects us, for it has to do with the ultimate meaning of our earthly sojourn” (LS 160).

This audience with the communities affected by mining and mining was given in Rome in the context of the meeting of the Dicastery for the Promotion of Integral Human Development.