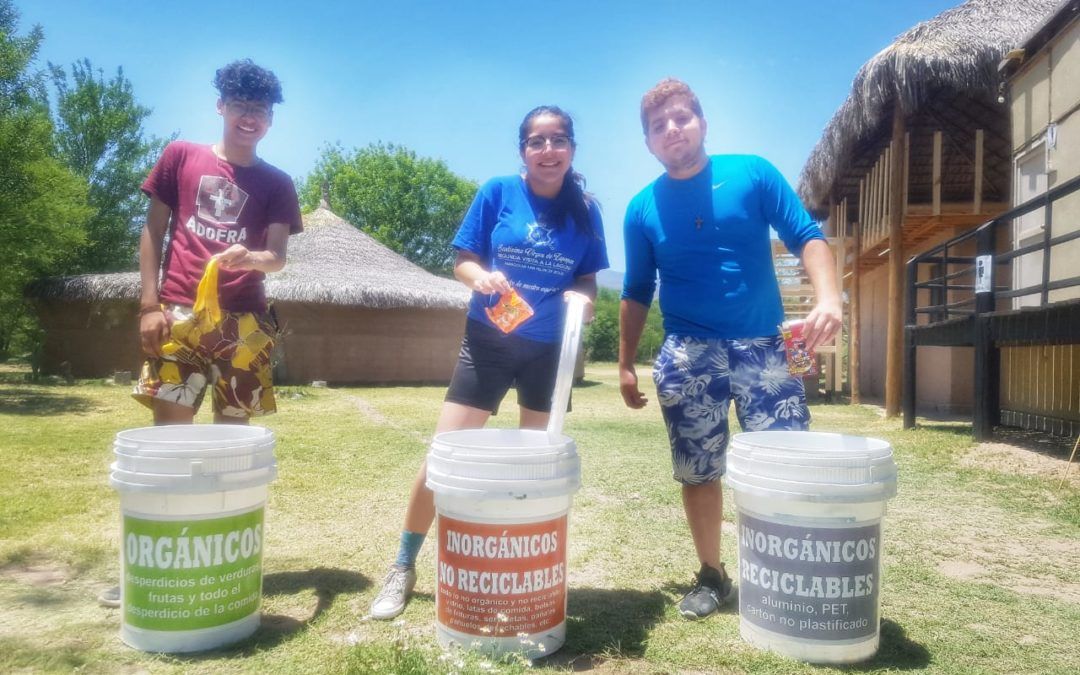 The Franciscan camps began as an initiative of the Franciscan family in the Province of Saints Francis and James in Mexico, who was concerned about the lack of awareness among young people about issues around care of creation, social justice and the culture of peace.

The Franciscan camps were established in 2008  in the city of Monterrey, northeast México,  by Fray Antonio Morán OFM and  the catechist Blanca Ugarte, and as the years passed they followed clearerguidelines and more specific goals.

The aim of these camps is to lead young people to an encounter with God through Sister-Mother Earth, by means of Franciscan spirituality and the values of JPIC.  To achieve this the young people are brought into an environment which promotes  more direct contact with nature and for this reason  the site for the camp is carefully  selected.

“Franciscan Camps” offers a space for games and interaction,  where  through healthy competition, the “campers” develop those religious, moral, civil and Franciscan attitudes, which in a modest but enterprising  way help to form men and women who are upright of heart.

To take part in a camp one needs to be between 15 and 30 years old, present a letter of good conduct from  one’s parish priest, chaplain or school director and attend the prior meeting. It is worth noting that “Franciscan Camps” isn’t a kerygmatic or “first encounter” with God type of retreat, but is a different experience.  Literally  a camp. The young people bring their tents and sleeping-bags and share beneath Sister Moon and in the light of Brother Fire on the camp-fire nights.

The general dynamic of the camp consists in the participation of the Domus. The Domus (from ‘casa’ in Latin) are workgroups in which one shares nearly all the time. They are organized like a family  which competes with other  Domus during the campto gain points

Each Domus has a coordinator who is elected by the members of the Casa.  This coordinator is calleda Simon.  This was the name of one of the first campers who stood out for his deep Franciscan spirituality and   commitment to being a disciple of Jesus Christ;  something similar to  Simon of Cyrene, who helped Our Lord carry his cross.  In the same way each Simon motivates and helps his companions in the Domus to tackle and carry out the camp activities.  These activities are:  swimming, football and other sports, field games, dance, town planning, singing and JPIC formation themes.

The Domus are assigned names by the organizers which reflect the theme of the particular year. When selecting the theme and slogan the guidelines promoted that year by the UN and the Church are taken into account.  For example in 2013 the UN focussed on water and for the Church it was The Year of Faith;  so the slogan chosen for the camp was “Immerse Yourself in the Water of Faith”.  In 2016 the Church celebrated the Year of Mercy and the UN focussed on seeds and vegetables; the camp slogan was “Sow in Yourself the Seed of Mercy”

To properly participate each “camper” brings a “lunch box”, which means bringing one’s own plate, glass and washable cutlery, so as to avoid  buying  disposables  and single-use plastic cutlery. Part of the “lunch box” is for each camper to bring and cook one’s own food and so have a more real experience of camping.

The camp lasts for four days, in each of which it is hoped to achieve a specific objective: day one, Meeting.  Day two,, Socialising and Getting to Know You. Day  three, Learning and Conversion (to God in the area of JPIC).  And the last day, Commitment.  The latter is greatly stressed as the camp will make sense in the commitment which the “campers” make to caring for creation, including social justice and the culture of peace.

Ten years after its foundation, the last  elective provincial chapter decided that Franciscan Camps  would come under the direct control of the Provincial Office of JPIC. To date Franciscan camps have been held in the cities of Monterrey in Nuevo León, Ciudad Guzmán and Magdalena in Jalisco, Cancún in Quintana Roo, Zacatecas in the state capital, Rayón in la Selva Negra de Chiapas, Nuevo Laredo in Tamaulipas and Torreón in Coahuila. And together with the present team of active campers we will continue to promote them in the rest of the country.