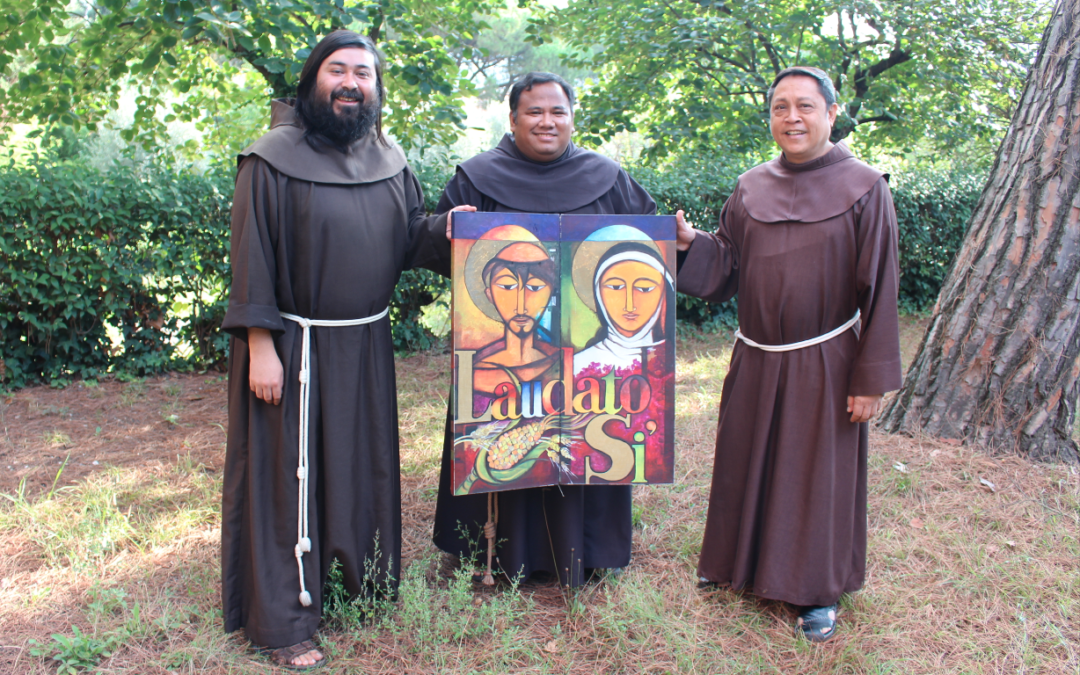 The OFM East Asia Conference JPIC Animator and member of the JPIC Animation Committee of the Order, Br. Angelito Andig Cortez, OFM, received the Icon of Francis and Clare for the Laudato si’ Pilgrimage, on September 30, 2019, in the General Curia, Rome. It was a turnover by the JPIC General Animator, Friar Jaime Campos, OFM, and witnessed by the General Definitor for Asia and Oceania, Br. Lino Gregorio Redoblado, OFM. After visiting 18 countries in Latin America, the icon will now go on Pilgrimage to the different countries and OFM entities in Asia.

The objective of the pilgrimage was to revive the life and commitment of the Friars and the Franciscan Family in the promotion of the Encyclical Letter Laudato si ‘ by Pope Francis and the experience of the values of Justice and Peace in the care of the common home. According to the testimony of several brothers and sisters, the visit of the icons to their countries was a moment of grace in which they met, as a family, the different organizations moved by the spirit of Saint Francis and Saint Clare of Assisi.

As a sign of welcome the icon will be officially unveiled by the East Asia Conference President and  San Pedro Bautista Philippine Provincial, Friar Cielito Almazan, OFM on October 4, 2019 6pm after the final prayer on the Eucharistic Celebration in honor of the Solemnity of Our Seraphic Father St.Francis of Assisi. The icon will begin its visit in Asia in the Philippines.