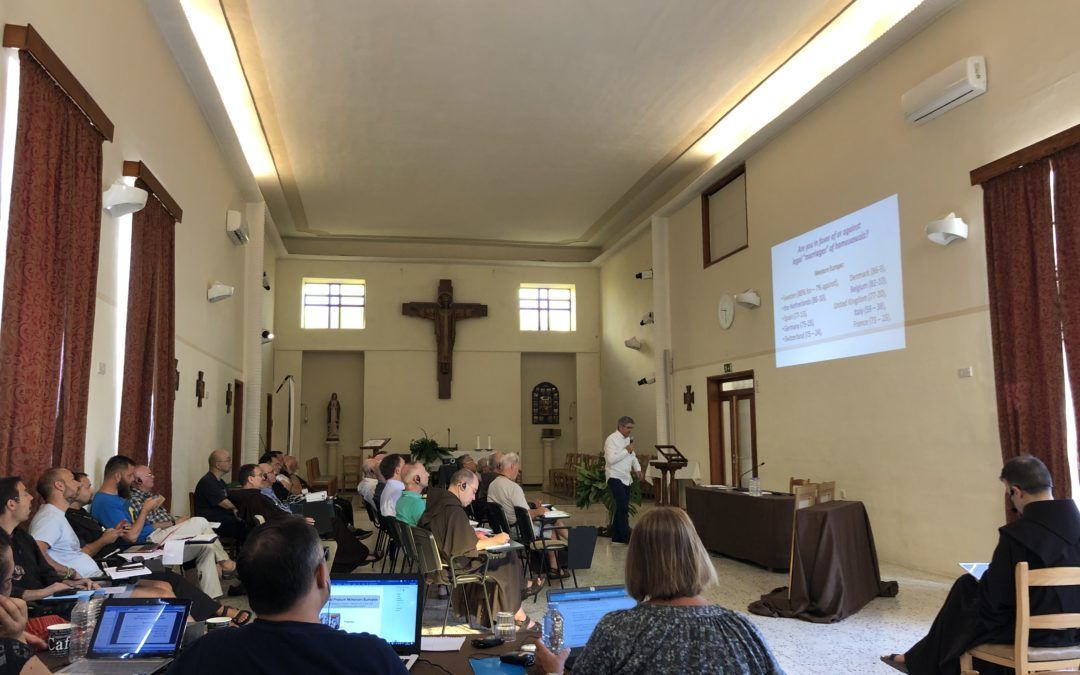 “Living Franciscan humanism in today’s European context: Go and repair my house” was the topic of the VII Continental Meeting of JPIC European Animators.

In the retreat house “Porziuncola” in Malta, there was the meeting of 25 brothers working for the animation of the values of Justice, Peace and Integrity of Creation (JPIC) in the European continent. The meeting started with the celebration of the Eucharist, presided by Br. Richard Stanley Grech, OFM, Provincial Minister of the Province of St. Paul in Malta.

JPIC animators, coming from Spain, Ireland, England, France, Austria, Italy, Poland, Lithuania, Slovenia, Croatia, Bosnia-Herzegovina and our hosts, Malta, presented their realities… Through the presentations of the Conferences we had the possibility to appreciate how JPIC animators are putting into practice the priorities set forth by the JPIC Office of the Curia… We recognized the profound work concerning the care for the creation, hospitality to migrants and the promotion of peace.

After sharing the JPIC work done in the Conferences, we listened to the presentation by Andrej Owca, SVD, who lives in Geneva and is member of the NGO ONG VIVAT International: he talked about the current social and political context in Europe. The concept of “Franciscan Humanism” was introduced by Br. José Antonio Merino, OFM, Ph.D in Philosophy and Letters, through two presentations: “Franciscan humanism for a culture of love” and “Franciscan Humanism and Ecology”.

We completed the formation meetings with two practical experiences offered by the JPIC commission of the Province of St. Paul in Malta: a visit to “John XXIII Peace Lab”, an organization that tries to promote solidarity and moral values rooted in the Christian faith, without excluding any other ideas nor people. We took part in the inauguration of the “Time for Creation”, organized by the interdiocesan Commission for environment.

During the last days of the JPIC Continental Meeting, the animators worked in linguistic groups to plan the JPIC work for the next three years, in light of what the Plenary Council of the Order proposed and according to the Declaration of the International JPIC Council in Jerusalem in 2019.