India: Solidarity walk – for the cause of migrants 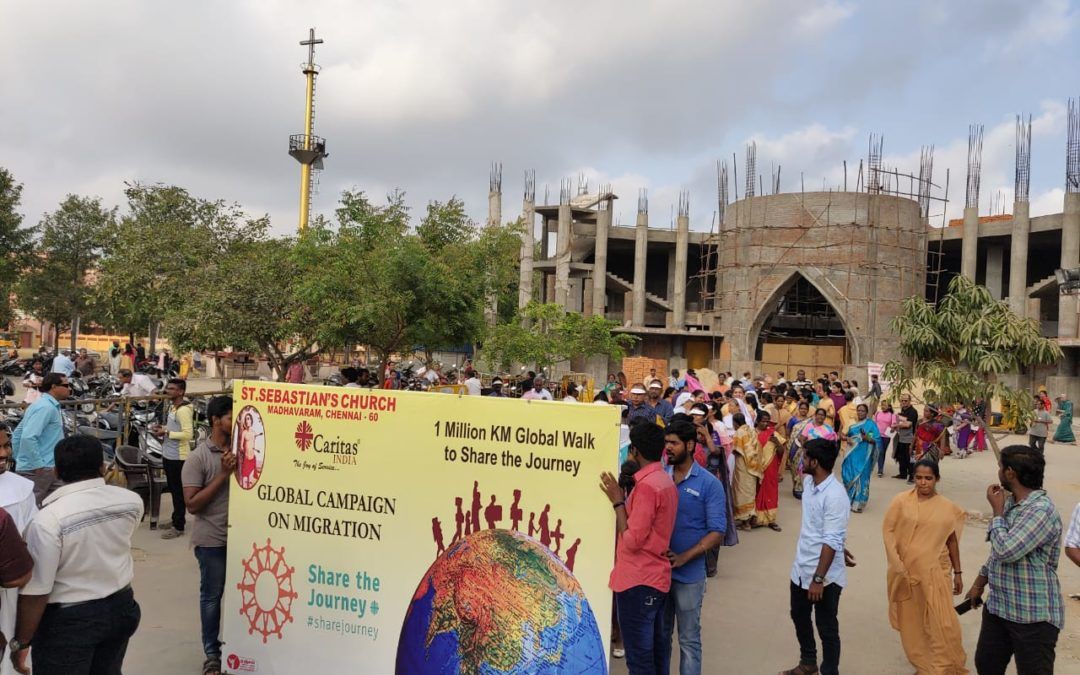 On 24 March 2019, the Franciscan Friars along with their parishioners of St. Sebastian’s Church, Madhavaram, Chennai, Tamil Nadu, South India, had taken an important step to go along with the Caritas India to organize a solidarity walk for the cause of migrants who live and work in and around the city of Chennai. Caritas’ Share the Journey Campaign is encouraging communities and organizations around the world to spend time with migrants and refugees, get to know them, walk and live in solidarity with them.  The friars got inspired by the very act of Pope Francis, who spoke about honoring the dignity of migrants and building solidarity and creating a culture of encounter with them. And they had organized the event to bring awareness in their locality about human dignity that is due to migrants.

Almost more than half a million migrant workers, who live in and around the city of Chennai, are unskilled workers. Migrants who come to the city of Chennai are typically at the receiving end of misplaced bias, such as loud, sexually open, dirty and so on. In workplaces, migrant labor is often deprived of the most necessary and essential of amenities such as a clean toilet, drinking water, and a place to rest. It is perhaps not news that migrants are taken for granted and the accounts show that there is a long way to go before migration with dignity is achieved.

Having recognized the plight of the migrants around Chennai, Br. Simon A., OFM, parish priest of St. Sebastian’s Church, has taken this initiative of organizing a solidarity walk for 2 km to promote the welfare of their living condition. Around 300 parishioners had walked in this rally holding along with them the banners and posters expressing, “This world belongs to us. Migrants are people too. Love your neighbors…” Few migrant workers also had taken part in this rally. The solidarity walk campaign was concluded with a Eucharistic celebration specially offered for the cause of migrants. The homily was focussed on the concerns of Pope Francis regarding the challenges faced by migrants.

We thank Br. Simon A., OFM, the friars, the parishioners of St. Sebastian’s Church and Caritas India for promoting the work of Justice and Peace for the cause of migrants and inviting the people around Madhavaram locality in Chennai to live in peace and harmony.