“Grita Tierra” (Shout Earth) an urgent call to care for the planet. 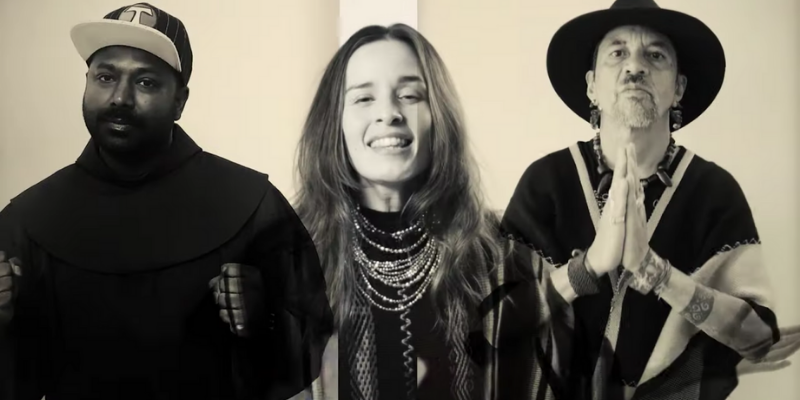 “Grita Tierra” musical project promoted by UN Live – Museum for the United Nations in Latin America is a testimony of universal solidarity, is the result of an alliance with the OFM-JPIC Office of the Franciscans and high level artists. The project also has the collaboration of the Humboldt Institute and the support of the Hempel Foundation.

Bogotá, October 2021– “Grita Tierra” is the name of the musical initiative led by the UN Live Museum for the United Nations, in which artists from Colombia, Mexico, India and Kenya, among other countries, unite their talent and conviction to create a song that inspires action and makes humanity’s urgent environmental manifesto felt at COP26, to be held from 1-12 November in Glasgow, Scotland.

“Under the slogan “the planet has no shirt”, we invited diverse and renowned musicians, graphic and audio-visual artists to be inspired by Pope Francis’ Encyclical  Laudato Si’, to compose artistic pieces that express the urgency of environmental care, giving particular emphasis to communities whose voice is not heard and are disproportionately affected by climate and environmental catastrophes,” says Ángela Puentes, director of programmes for UN Live Museum for the United Nations, in Latin America.

Among the artists involved are Catalina García (vocalist of Monsieur Periné) on lead vocals, Héctor Buitrago (Aterciopelados) and Daniel Roa (Un Bosque Encantado) as producers, and Sister Nidia Raquel Macías, Franciscan Religious, who makes her debut as a songwriter in the music industry. Joining this group of Latin American musicians to rap are Mexican alternative-punk legend Roco Pachukote (Maldita Vecindad) and Fray Sandesh Manuel, OFM Franciscan Religious from India, who in his habit surprises us with his rap and his call for action in the face of environmental urgency. Kenyan musician and producer Udulele John join Mercy Nyambura Swinton Nkatha, Fariji Napalos and African singers from Kenya to close the composition.

This musical explosion is encapsulated in a music video directed by Simón Hernández, a renowned Colombian documentary filmmaker who has directed several videos for Bomba Estéreo and who recently released the documentary Sonic Forest produced by Hollywood actor Joaquín Phoenix. Guache, a Colombian visual artist and muralist who has exhibited his traditional painting and graphic work in several countries in Europe, the United States, and Latin America, provides the finishing touch to this work. Closing this collaboration is Suany, Colombian VJ, graphic designer, teacher and writer recognised for her visual projects with different artists such as Aterciopelados.