Franciscans preparing for COP26 in Glasgow 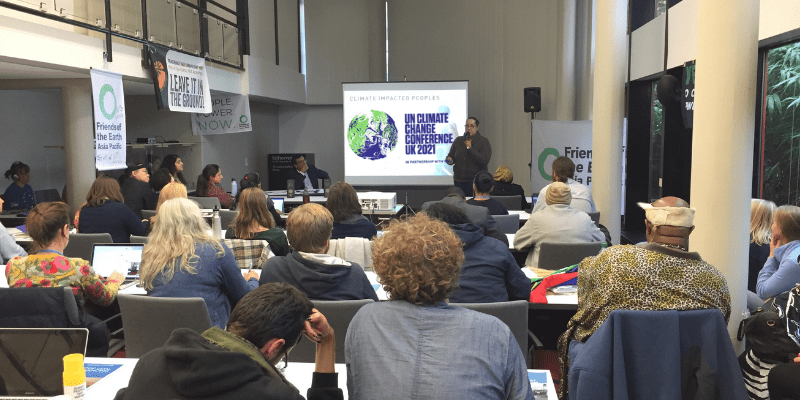 The arrangements and timetable for the Franciscan Presence and Participation at COP 26 in Glasgow were finalized on the penultimate day of the OFM-JPIC office’s visit to Franciscan International. The Conference of the Parties to the United Nations Framework Convention on Climate Change (UNFCCC) holds its 26th summit (UNFCCC). Delegates from governments, civil society organizations, people’s movements, NGOs, indigenous organizations, trade unions, companies, spiritual leaders, and others interested in climate change gather at this yearly summit to debate global climate action.

Six years after the 2015 Paris Climate Agreement, it’s critical to assess progress while ramping up pledges and laying out a clear plan of action for achieving climate action goals in the short, medium, and long term. Furthermore, COP26 offers a significant chance to advance global ambitions to save the Earth from further degradation by lowering emissions, building resilience, and adapting to climate change. We have the opportunity to urge that world leaders commit to decisive and just action on the ecological crisis that our shared home is experiencing during the COP26. 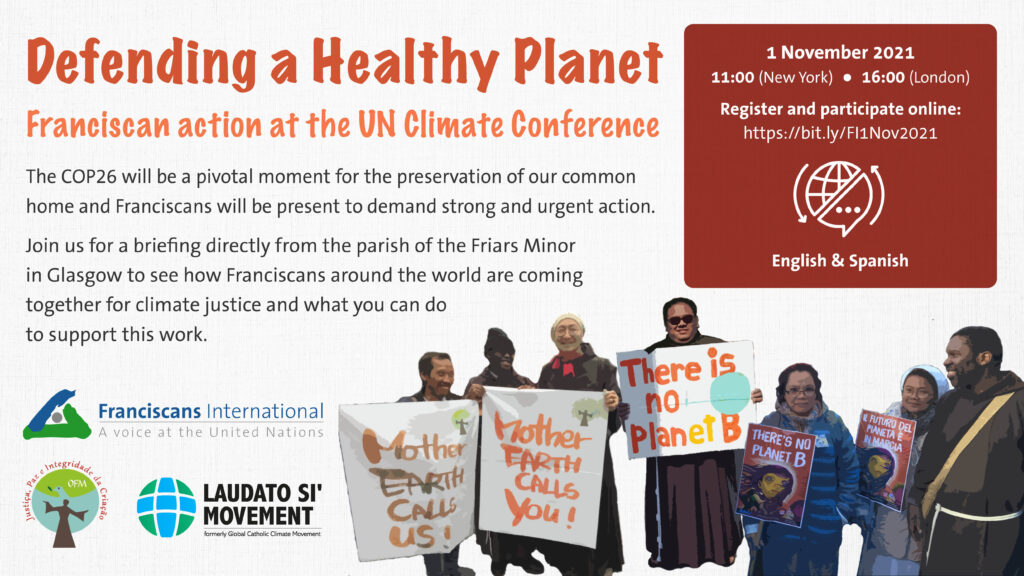 “Defending a Healthy Planet: The Contribution of Franciscans at COP26”

The goal of this webinar is to offer information and engage the franciscan family in a discussion on how we can be proactive in advocating for and asking for bold actions to address the current environmental catastrophe. We’ll talk about how we may react to the voice of the Earth, and the cry of the most vulnerable, especially those threatened by climate change, as inspired by Pope Francis’ encyclical Laudato Si’. We’ll hear from experts and others working on climate justice and grassroots action. They aim in this event is to use a rights-based approach to advocate at the United Nations (UN) to protect human dignity and environmental justice.