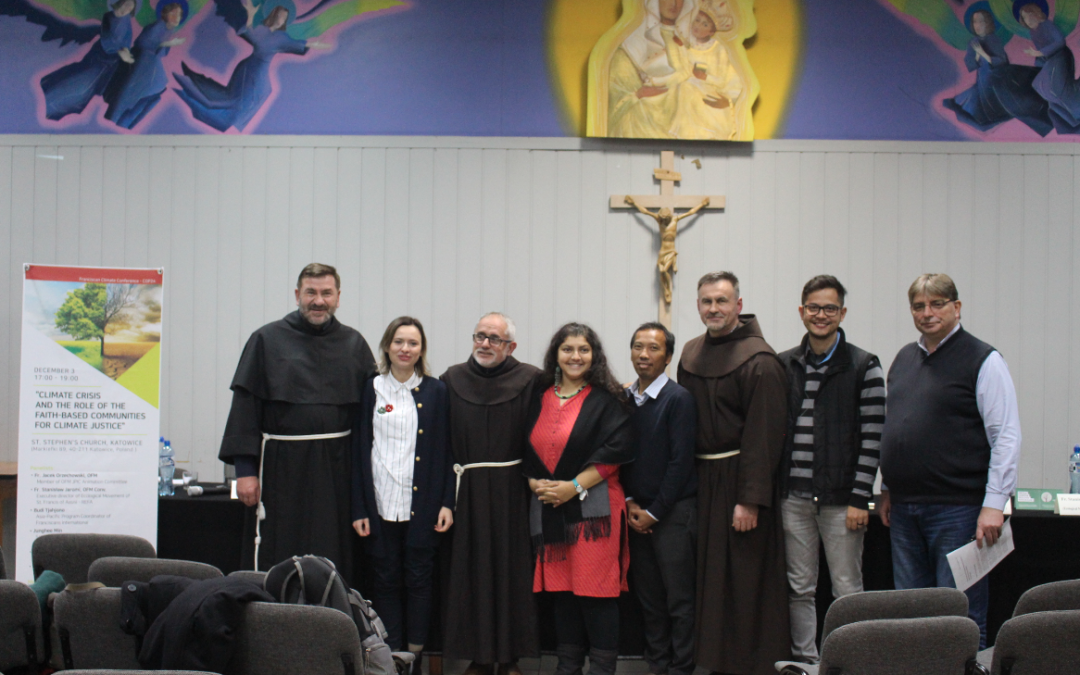 The 24thConference of the Parties (COP) organized by the UN Framework Convention on Climate Change (UNFCCC) was held in Katowice, Poland, on December 3 – 14, 2019. More than 30,000 delegates from the governments of the Parties and the civil society have gathered to discuss, negotiate and decide many issues regarding the global climate crisis, and ratify the Paris Rulebook. The venue of COP24 is significant for Just Transition which is one of the crucial issues of climate justice because the city has a long history of coal mining and has been affected by its excessive carbon emission.

The JPIC General Office has organized several events on climate justice during COP24. First was the Franciscan conference on climate change and COP24 that was held on November 22 – 23 at the parish hall of St. Ludwik Król’s Church, the Franciscan parish in Panewniki. The theme was “What is happening in our Common Home?” The main speakers were Br. Jacek Orzechowski, OFM, a member of JPIC Animation Committee, and a Polish scientist, Prof. Aleksandra Kadras, Ph.D. A good number of the friars and parishioners have participated in listening to the scientific facts of climate change and the Christian/Franciscan perspectives on this global crisis. It helped the participants be aware of the gravity of the problem and the urgency of climate action.

On December 2, the Franciscan delegates that consist of four members of the Animation Committee and five JPIC Coordinators of the European Conferences have participated in the “Interfaith TalonoaDialogue.” They shared and discussed on various issues of climate justice and the urgent need for lifestyle change together with more than 100 people from different religious/spiritual traditions. This event was followed by the interfaith/ecumenical prayer service for Mother Earth and the poor. 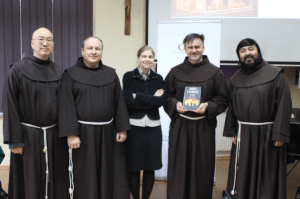 On December 3, the Franciscan climate conference was held on the theme of “Climate Crisis and the Role of the Faith-based Communities for Climate Justice.” The JPIC General Office has organized the event and invited nine panelists from the religious communities as well as the civil society, e.g., the Friends of the Earth International. It became clear from their presentations and discussions that there wasn’t much time left for humanity to avoid climate catastrophe and change the economic/political system that caused this planetary disaster. Even though the status quo of climate action is not so promising and even because of that, the role of the religious communities is getting more crucial with a greater sense of responsibility. Especially when the intergovernmental effort to take care of the poor and the creation is getting so sluggish and reluctant, the faith communities should raise their prophetic voice along with concrete action for climate justice.

The final event was the prayer vigil for the creation at our Franciscan parish on the evening of December 5. Br. Jacek has organized the event with the help of many local friars and parishioners. It was a beautiful moment in which the participants realized, confessed and prayed for their ecological responsibility, which is the task for the Franciscans in the world.