Franciscan Activities for Climate in Chile 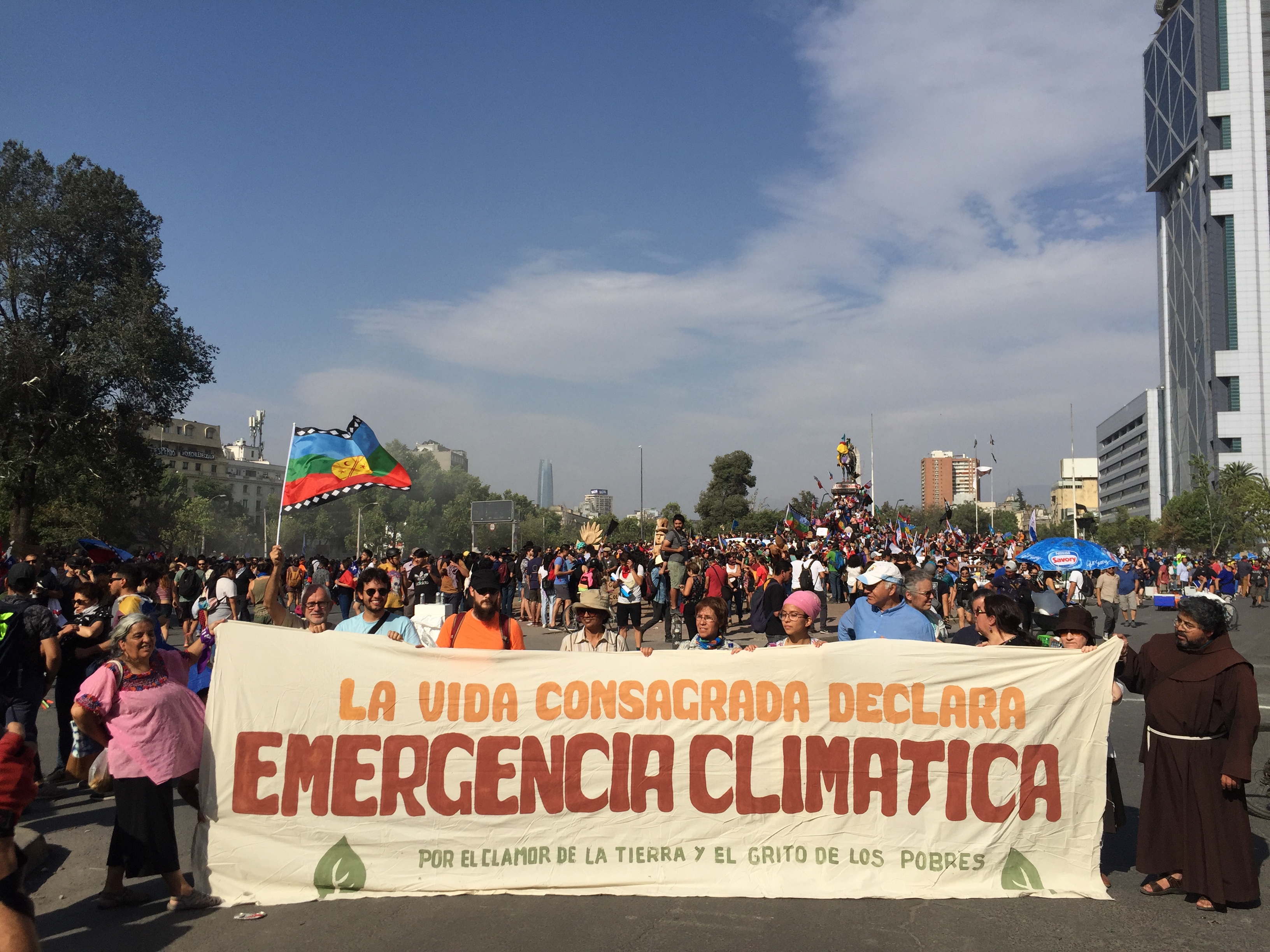 The UN Climate Conference 2019 (COP25) was supposed to be held in Brazil. After the declination of Brazil, Chile accepted to host it, which later had to give up the plan due to its domestic issues. Finally, Spain took the responsibility of hosting the Conference

The JPIC General Office has been working on organizing a series of events in collaboration with the local JPIC animator, Br. Máximo Cavieres, OFM, and the Interreligious and Spiritual Alliance for Climate (AIEC) in Santiago several months before the UN have changed the venue of COP25

The objectives of the activities were formation & conscientization on climate crisis for local Franciscans and others, taking acts of solidarity for climate justice, a projection for future action and celebration of the spirit of Laudato si’. Even when the president of Chile renounced to host the Conference, the JPIC Office decided not to change the plan to go to Santiago but continue to work with AIEC and other organizations in Santiago, for example, SCAC (Sociedad Civil por la Acción Climática). It’s becauseone of the purposes of the participation is to get connected directly with the voice of the people with whom we need to search for possible solutions at the local level.

Friars have participated in the prayer gathering of AIEC and the climate march along with the members of AIEC. They have organized a conference on the climate crisis on Dec. 9. Six panelists were invited to the conference from various organizations, including the Pastoral Mapuche of Santiago, Caritas Chile, Mujeres Iglesia Chile (Women of the Church, Chile) and Comunidad Semilla de Vida (Seed of Life Community), etc. The talks began with the scientific facts on climate crisis and the climate negotiation, went on with the vision of the indigenous people and the Franciscans, and the work of the grassroot communities of the Church. It ended in a roundtable discussion with the audience. Finally, the Franciscan delegates have visited a ‘zona de sacrificio’ (sacrifice zone), Las Ventanas, which was affected mainly by a coalfired powerplant for decades.

There was a massive demand for social/environmental justice and equality among the people of Chile. However, the violent response of the government didn’t seem to show that it understands the daily struggle of the people and the unjust structure behind it. The result of Cop25 was disappointingly the same as it was far from what’s required to reverse the course of the climate crisis and establish climate justice. The international delegates didn’t reach an agreement on the fund for the damaged people and the reduction of CO2 emission.

The current social movement of the people in Chile and around the world proves that the divine voice comes from the suffering, the afflicted and the marginalized, not from the rich and powerful. It also shows that the God of justice is always on the side of the victims and the oppressed. The participation in the movement in Santiago taught us, Franciscans, that we are granted such a mission to read signs of the times and follow the voice of the Lord that is in the cries of the people.